Sudeep Chakravarti’s book does what geostrategists rarely do: treat the people of India’s 'far east' as if they were not an afterthought to the rest of India 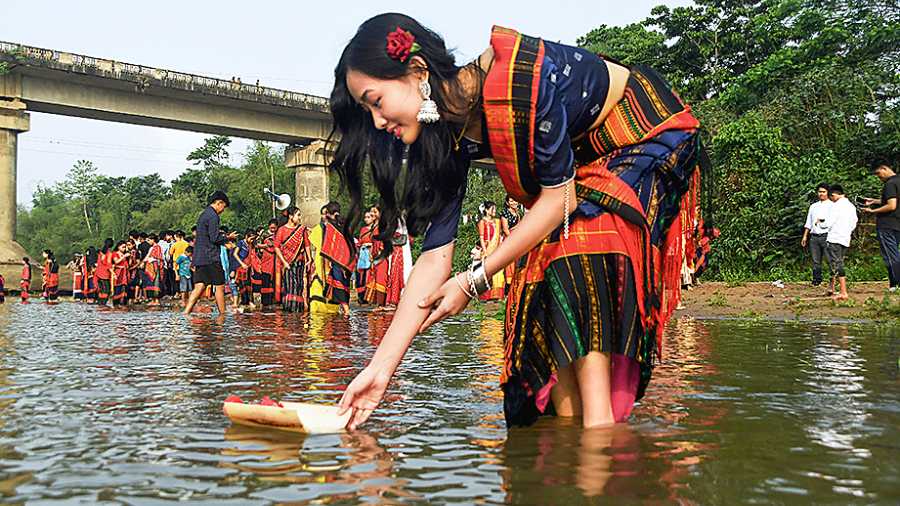 One of the peculiarities of the cold relationship between India and China is that it is easy to forget how physically close the two countries are, particularly if you look, not from New Delhi or Beijing but, at the lands between. As Sudeep Chakravarti points out in The Eastern Gate, the distance from Guwahati, the largest city of Northeast India, to Kunming, a major city in southwest China, is barely more than 1,000 kilometres, just two-thirds of the distance to the Indian capital. Dhaka is even closer, just 300 kilometres away.

These geographical observations make the wider point that Chakravarti argues in his thoughtful and original book: that India’s “eastern gate,” the northeastern states including Nagaland, Manipur and Tripura that he terms the country’s “far east,” may have national and geostrategic significance in the years to come as a consequence of the growing power shifts in Asia. The book is essentially two entwined narratives. One is an account of the complex negotiations among the various separatist movements in Northeast India, which Chakravarti has observed up close over many years. Chakravarti’s knowledge of the negotiations and conflicts between the region’s political movements and the Central authorities from the late colonial era to the present day is superb and recounted in detail. The book is given life by a series of notes drawn from thoughts written down on the spot about the ever-changing dance between the Indian authorities and their autonomy-minded opponents, such as Thuingaleng Muivah of the National Socialist Council of Nagaland. In an interview with Muivah in 2010, Chakravarti is given an account of the ups and downs of the Naga relationship with the Central government. “Nagas will become stronger all the time,” Muivah notes, adding, at one point: “Do you think China has become weaker and you have become stronger?” Through the 1960s to the 1990s, there was some attempt by Naga activists to find support from China, although by the early 2000s, it was clear that India would not “stand idly by” if such approaches were made.

Even though the prospect of actual Chinese assistance to the rebels is probably low, Muivah’s words are somewhat prophetic. For the east of India is now at the frontline of a future confrontation between China and India, not just in military terms but also in terms of development. For China, the opening up and development of its far west have become priorities as it seeks economic equality and control of its border areas, reopening dormant disputes with India. In turn, as Chakravarti shows, there is a new urgency to India’s need to show the region that it too can provide real development. In the early 2020s, there are new rail routes being tried out between Assam and Manipur as well as new highways, all of which are designed to increase connectivity in the region.

In the states of South and Southeast Asia, there is an emerging set of choices that India and China will seek to make with their neighbours. The fast-growing economy of Bangladesh is also remorselessly under attack by climate change, and economic development in neighbouring India will have to take into account the changes that may emerge as a result. In Myanmar, there is a continuing limbo as the military regime stays in power, forcing its larger neighbours to work out how to bring a government hated by its own people into regional order. Giving us fuel for thought on those possibilities, Chakravarti’s book does what geostrategists rarely do: treat the people of India’s “far east” as if they were not an afterthought to the rest of India, but actors with their own aspirations and ideas on how they fit into the national identity.