Aatish Taseer's Benares is more than a cliche

For The Twice-Born: Life and Death on the Ganges, Taseer visits the city and attempts to understand Brahmins 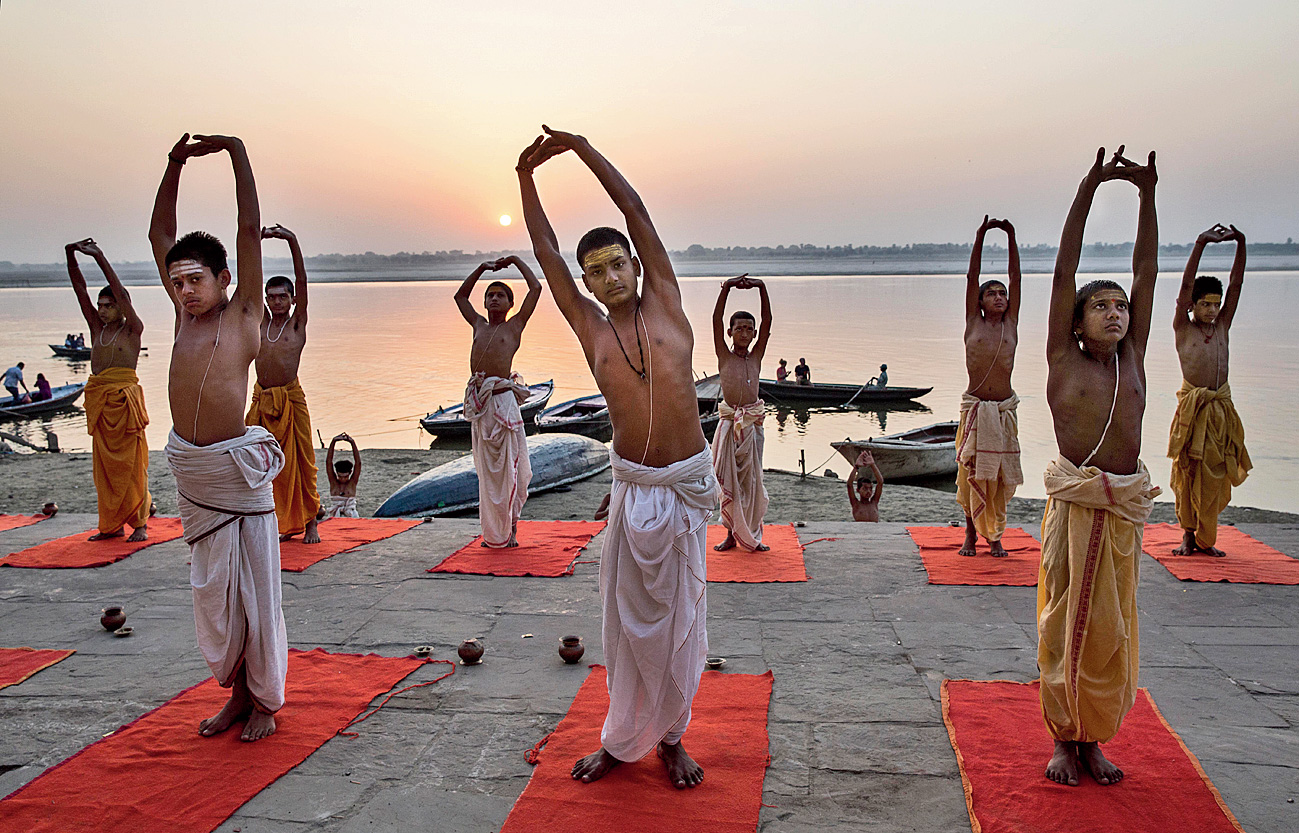 Taseer’s book is a troubled and troubling account of the times we live in
Lars Pohlmann/Flickr
Chandrima S. Bhattacharya   |   Published 21.12.18, 03:21 PM

On one of his visits to Benares, Aatish Taseer is dazzled by the sight of scholars conducting an academic conversation in fluent Sanskrit. In The Twice-Born: Life and Death on the Ganges, the language becomes the entry point for him to explore Benares and the life of a significant section of the city’s residents: the Brahmins. To understand his own distance from India, where he grew up but which he left for the US, Taseer places himself against a city where a language that is thought of as dead is a living reality.

His quest, therefore, is distinguished from the start from other search-for-self narratives by his choice of the difficult: Sanskrit, Brahmins, Benares. The last is yet another cliché in writing on India, but in Taseer’s book it is also a real place, sometimes quite unbearably so. Taseer himself becomes a student of Sanskrit.

But perhaps his particular achievement in this book is its focus on Brahmins, the dvija, the twice-born. Studies of caste abound, but not many attempt to look at this hierarchy from the top.

The notion of the ‘modern’ brought in by colonial rule transformed Indian culture. For the Brahmins, at the apex of the caste pyramid, it created a peculiar paradox. The power of the ‘modern’ lay in English and in science; these are the very things that traditional Indian knowledge based on Sanskrit, what empowered the Brahmins, the intellectual class, did not have.

In a way, modernity disempowered the Brahmins who stuck to their old ways like no other class. It impoverished them in every way: spiritually, intellectually and materially. But what happened to the Brahmins was also symbolic of the greater cultural disempowerment of the entire colonized land.

In Taseer’s book, a troubled and troubling account of the times we live in, scholar after traditional scholar tries to deal with it, often through denial, sophistry and deliberate blindness. Caste is justified by one brilliant scholar, at least, as a necessity to perpetuate the system of the past. The practice of dehumanizing rigidity is defended and sanctioned, even in retrospect, as tradition. This is sad and heart-breaking and can justify dangerous politics.

Taseer was in Benares during Narendra Modi’s election campaign in 2014. He sees how Modi seduces the masses with his fantasy of a revived Hindu past. But during a later visit, Taseer sees the prime minister losing his grip.

Journeys, encounters, the river, streets, corpses, smells, flowers, priests, BHU students tumble out of The Twice-Born. Taseer writes like he always does, relentlessly, intensely, sometimes unkindly, in a complex way, raising questions with a deep intelligence that disturbs more than it quietens. But then he is also his own interlocutor.

He tries to make sense of things and maintain his distance. In Benares, he is a foreign body in more than one sense. Apart from being the usual alienated English-speaking Indian, Taseer had a Muslim father, is homosexual, and lives with his husband in New York.

He visits the village of a young Brahmin, a Hindutva advocate, who comes from a poor, farming family. Taseer is fed, served and his dishes are washed by the family. But Taseer’s driver, from a lower caste, is asked to wash his own plate. This appalls Taseer.

This suggests that class in India remains the most important criterion in determining social status. Though caste, religion and gender inequities feed into it, they can be subservient to the idea of class. The driver happily washes his own plate. If our received notion of modernity has undermined caste, it has been to privilege class.

The Twice-Born: Life and Death on the Ganges By Aatish Taseer, Fourth Estate, Rs 599