A view through missing links

The tone of the contributions is extremely academic 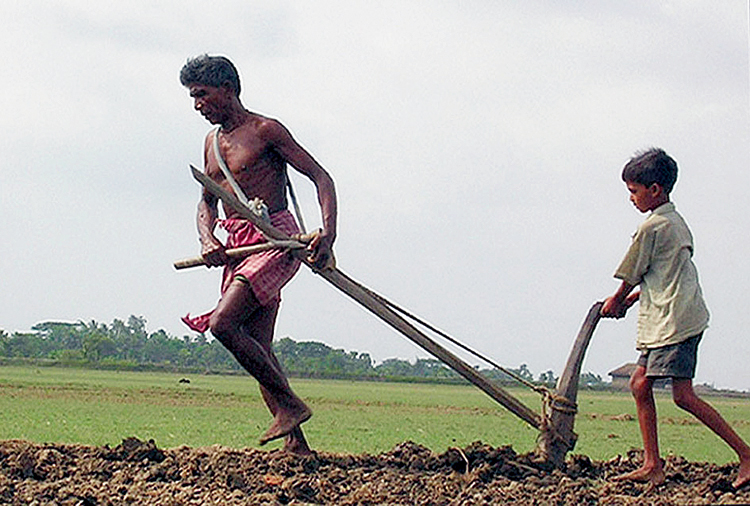 An inquiry into the political economy of agrarian transformation in contemporary India, Whither Rural India? is a volume of essays on the current status of Indian agriculture when viewed against the backdrop of the past. It is a festschrift for Venkatesh B. Athreya, an eminent agricultural economist. Athreya has been a keen student of Indian rural transformation and his enthusiasm has served to engage many others in his profession in the mentioned study.

It deserves note that the book is basically a compilation of independent contributions from 12 leading academics and therefore any connections among these contributions have to be discerned by the careful reader. At the same time, it is quite clear on contemplation by this reader that the various contributions can be related to each other to tell a comprehensive story of the agricultural transformation in India after the 1990s.

The tone of the contributions is extremely academic. The lack of an attempt to link them seems to further limit the readership of this volume. Thus, it seems that although it is a must-read for agricultural economists and sociologists studying the Indian situation, it is not very accessible to those who are not academics immersed in the study of agriculture and linked human behaviour.

From the volume it seems quite clear that Indian agriculture remains in crisis after the economic reforms of the 1990s: a large proportion of the rural population lives on considerably less than the Indian per capita income. The poor situation is also signalled by the unabated incidence of farmer suicides.

The book reveals that one of the major developments after the economic reforms of the 1990s has been the rise of agrarian capitalism in India, which is demonstrated by the rise of corporate retail giants that have bought agricultural outputs from Indian farmers and sold agricultural inputs to them. However, the agricultural labour force in India has not changed in the direction of homogenization and still remains largely segmented. The segmentation has taken place on the basis of the difference in skills and effort required by different classes of labour — female agricultural labour and male security guards get the lowest monthly remuneration while accountants, machine operators and managers are at the top and get remuneration which is more than the double of that enjoyed by the first group.

It is quite obvious from this comparison that, after 1991, the links between the agricultural and non-agricultural sectors have been strengthened. With the same labour force catering to the farming sector and the rural non-agricultural sector, the remuneration for agricultural labour has risen. The excessive cost of hiring labour has meant that the tendency to run agricultural holdings as family farms has been strengthened. At the same time, the use of modern technology has meant that the peak demand for agricultural labour is way more than the non-peak demand and requires the combined efforts of family labour as well as hired hands, many of whom are owners of family farms.

Apart from elaborating on the nature of agricultural transformation in post-reform India, the book goes on to look at the appropriateness of the public distribution system in the post-reform period as an instrument of food policy. The contributor feels that the PDS, based on procurement from the farmer and then sale of the produce to the consumer at subsidized prices, has played a significant role in controlling food inflation in India. Any attempt to replace it by a system of cash transfers will lead to inflation that threatens the proper nutrition of low-income consumers as well as dependence on the narrow and extremely volatile international market for primary food products, such as foodgrains. One wonders, though, whether cash transfers cannot be combined with a PDS, with a stress on nurturing the human capital of women and children.

It would also seem pertinent to examine whether the coming together of agricultural and non-agricultural entrepreneurs and workers has cured the caste system of its immobility. One of the contributors has conducted this very examination through a case study and on the basis of it concluded that the social immobility has remained, to a large extent, intact.

To conclude, this book appears to be a scholarly contribution of the highest pedigree. It might be worthwhile thinking of a less wordy volume which captures the essence of the book by linking the efforts of its contributors who hail from different branches of academia. This would help to showcase the efforts of the contributors very fittingly for a much larger readership.