A round-up of a few upcoming and new releases 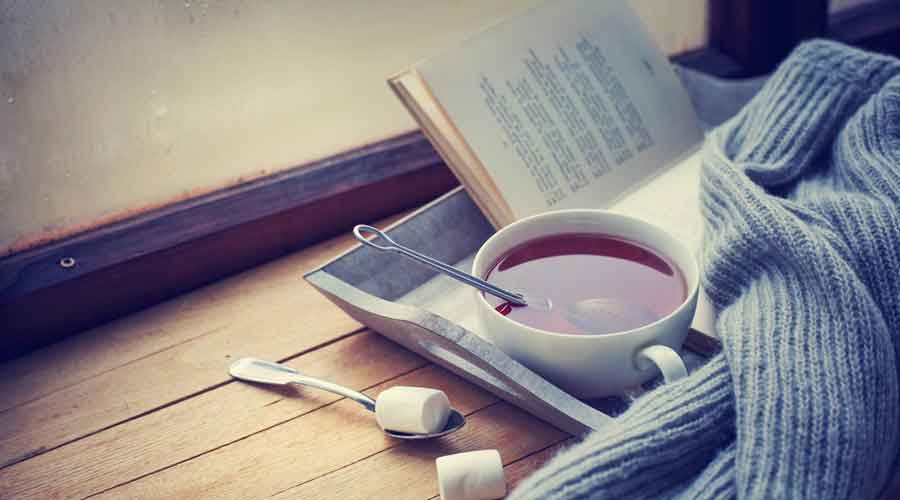 The Prophet and other Works by Kahlil Gibran — Srishti Publishers & Distributors

Three books by the famed poet known to change lives with his words — The Prophet, A Tear and A Smile and The Broken Wings — are being compiled into a single collection releasing this month. From wise lessons on life as narrated by Al Mustafa, to the tale of Selma in Beirut who is stuck in a loveless marriage, Gibran’s words compel you to relook at life with a completely different perspective. We are all in need of a dose of positivity right now and this book could be the exact balm you are looking for to end 2020 with.

You may agree or disagree with his politics but there is no denying the prolific career path chalked out by Anupam Kher in Bollywood as one of the finest actors of his time. Needless to say, when he decides to draw lessons on positivity from his experience in the world of films, it sounds like the makings for a great read! Self-admittedly, never having missed a single day of work and being driven by the sheer force of his love for it, readers may end up adapting a habit or two of a successful man

The most amount of thrill or horror derived from a book is when it states that it is based on true events! Bhushan, an ex-Indian intelligence officer with organisations like RAW, has penned an account of agent Veer Singh who is posted in the Indian embassy in Pakistan while also doubling up as a secret agent for the Indian government. As counter-intelligence gets a wind of his presence minus any concrete proof, Singh must fight the enemy on their own turf. Drawing from his personal experiences, this book will definitely be a thrilling ride.

Beyond Possible: One Soldier, Fourteen Peaks — My Life In The Death Zone by Nimsdai Purja — Hodder and Stoughton/Hachette India

The record for someone having climbed all 14 highest peaks of the world stood at a time span of eight years till one man came forward and challenged himself to do it in seven months. Not only did he succeed, Nirmal Purja managed to propagate the belief that nothing really is impossible. Part of the Gurkhas and later fighting in UK special forces, Purja set and broke records of human resilience on mountains that stood above 8,000m above sea levels. And he did it in seven months. This book is worth some time-space in your life just to read the account of the human body in temperatures that it is not designed to survive.

Chancing upon data describing the air quality of Delhi and her mother’s brush with lung cancer drove former journalist Jyoti Pande Lavakare to launch a non-profit organisation called Care for Air. The book is a two-fold look at how we need to change our ways at an individual level as well as steps required to be taken by the government to combat a problem that every city of the country faces at some point. Especially during this time when North India is plagued by crop burning, this book is a pertinent read for awareness as well as action.

It is famously said that history changes depending on whether it is written by the oppressed or the oppressor. It is this conflict that famed author Priya Satia delves deep into in her book Time’s Monster. Not only does history document but also decides the course of future events to follow. Not only does she explore the power bestowed upon historians to inadvertently contribute to policy-making, she also punctuates that narrative with thoughts of anti-colonial thinkers like Mahatma Gandhi, William Blake and E.P.Thompson. A book pertinent to our current times when history is being manipulated to suit personal narratives of powerful men, this book is definitely on our must-reads list.

26/11 Braveheart: My Encounter with Terrorists That Night by Praveen Kumar Teotia — Rupa Publications

Ex-commando Praveen Kumar Teotia was one of the Marine Commandos who entered the gates of Taj Hotel on that fated day of 26/11. Defending his countrymen and taking various injuries to his body, he was awarded the Shuarya Chakra soon after, and he went on to run marathons and even complete the Ironman championship despite his injuries. It is now that Theotia has decided to document the horrors of that horrific night when he fought of Lashkar-e-Taiba terrorists and saved lives that were held captive in that hotel. A spine-chilling read straight from the horse’s mouth, this book is one for keeps.

Right Under Your Nose by R. Giridharan — Rupa Publications

Science meets detectives in this new thriller by Giridharan where scientists are being murdered ‘right under the nose’ of the government and its forces, just as they are on the brink of an important discovery. A crime police Vijay and his journalist friend Padmini join hands with their trusted aide Dalvi to solve the mystery behind the slew of deaths that seem to occur without a trace of a suspect. Could be a fun addition to your quick reads this weekend if you happen to be a lover of thrill!

One of the first translations of a Bhojpuri novel to English, this is an attempt to spark a conversation around the need for translations to facilitate intra-cultural exchanges within India. Phoolsunghi by one of the most prolific writers of Bhojpuri and the founder of Akhil Bharatiya Bhojpuri Sahitya Sammelan, is a tale of love and passion in the times gone by where courtesans, music, mujras and mehfils made for a world — one that is so different and yet so emotionally same. Babu Haliwant Sahay, a zamindar with immense power, offers the captive life of luxury and respect to a Dhelabai, a tawaif of little repute. However, in the lap of this luxury, Dhelabai, who is liked to the Phoolsunghi bird who can never be held captive, is mesmerised by Mahendra Misir. A stellar set up with the right amount of excitement and enticing storyline makes this an anticipated launch this year.