8 Diwali reads with a twist of mythology

If you want to stay home and dig into some Indian mythology, here's a list 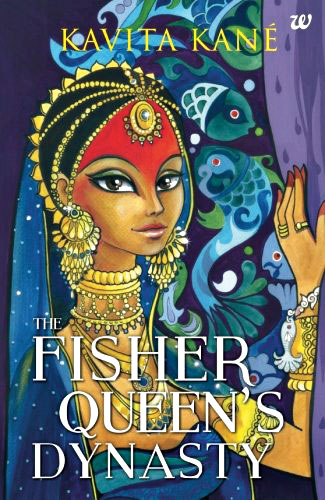 What happens when you are compelled to make choices between right and wrong for the well being of the ones you love? Does the moral dilemma rip you apart and or do you emerge stronger than before? This is the tale of the queen of Hastinapur - Satyavati told through the eyes of Bhishma, the man in penance. Parashar and Shantanu are two men she ‘conquers to get her way’. There is a part where the author writes, “Some would deem it immoral, but virtue was a quality invented by men to suit their needs. If men could use women, why couldn’t it be the other way round? Sex and beauty were the weapons of seduction that she could, and had, wielded in conflict and contest.” But it is after she has conquered what she set out to does she pause to ask, was it worth it?

Yashodhara’s story has rarely come to the forefront as it has always been overshadowed by the Buddha’s journey from being a prince to an enlightened being. In the fictional work by Vanessa R. Sasson, the Buddha’s wife is a fiercely independent and beautiful woman, born on the same day as him, who perhaps had her own personal triumphs.

In the novel, we see the transformation of Siddhattha from a prince to a man of deep thoughts and his eventual relinquishment of throne, wife and newborn son to seek greater knowledge. Sasson recreates Yashodhara with grace and poise, even in the most devastating of situation, exploring her sense of loss when Siddhattha leaves her and her son, and coming to terms with it.

Ashwin Sanghi, one of the most popular writers of mythology-meets-thriller, has come up with the fifth book in the Kalachakra series after The Rozabal Line, Chanakya’s Chant, The Krishna Key and The Sialkot Saga. Kalachakra, referring to The Wheel of Time, tells the fearsome tale of men who guard this wheel. Imminent world leaders, who are seemingly disconnected, start dropping dead like flies. Thrown in this mix is scientist Vijay who is working for a mysterious employer, Milesian Labs, in the middle of nowhere. Together with his Russian colleague, Vijay uncovers the gruesome mystery behind his employers and their line of work.

Aditya Iyenger presents the second book in his fictional retelling of the epic war of Kurukshetra where he picks up from the 14th day of the war as the Pandavas are mourning the tragic death of Abhimanyu. Led by Drona and Radheya, the Kauravas, on the other hand, are trying to bring the war to an end. Narrated from the perspectives of five characters — Radheya, Yudhishthira, Arjuna, Ghatotkacha and Sushasana — the new novel provides a fresh look at the epic, very different from the common retelling most Indians have grown up with from watching Ramanand Sagar’s Ramayan on Doordarshan. The language is so simple it makes the epic accessible to many more people who may otherwise not be able to follow the original.

The last and final part of the Harappa series should ideally be read after the first two books. A popular writer in this space, Vineet Bajpai brings mythology, history and thrill into the pages as he makes readers travel between 1699 BC, 762 AD and 2017! A fight between the gods and demons, a secret new world order, gruesome deaths and battles that change the course of history — this one is a light, breezy read. The book does have some questions that go unanswered though, especially for people who have read the two previous books. From the advent of the Kaliyuga to 2017 New York, where the overlords of the new world order are joined by people from the Mumbai underworld, this book is about one big battle between light and darkness, good and evil.

A tale where sci-fi meets Mahabharata and other Indian epics — sounds like an inevitable combination which somehow hasn’t been an oft-explored topic. A Spark of White Fire is part one of a Celestial Trilogy and narrates the story of Esmae who was banished at a tender age by a cruel mother from her home in Kali, a kingdom built on the back of a spaceship. She longs to be reunited with her family and enters a contest to win the warship Titania which would enable her return. Throw in a cunning uncle who is trying to win over the throne from his nephew, and a war, talking spaceships, magical weapons and you have the retelling of Mahabharata like never interpreted before. The beautiful use of language is what we loved the most making it a unique mythological read.

From the author of Bahubali and Bahubali 2 — on which the blockbuster films starring Prabhas are based — comes a fifth book right after Diwali. Narrating the tale of the two brothers Baali and Sugreeva, who built the Vanara kingdom from nothing to a beautiful city, pulling it out of abject slavery, we can only hope to be wowed again. The tale continues into the eventual fall of the kingdom because of the rivalry of the two siblings over the apsara, Tara. Neelakantan’s tendency to explore stories from multiple angles makes them even more compelling. We sure can’t wait to grab this one.

Exploring feminism through mythology and the rise of goddesses and their perspectives, Anita Sivakumaran’s The Birth of Kali is a book of our times. While Kali could well be the “yug” or the dark-skinned goddess, this is a book of short stories ably told while exploring a unique angle.

While Sita finds a compatriot in Surpanakha, who makes no qualms about making her sexual fantasies with Lakshman come true, in Kannaki’s Anklet, we have Kannaki, a stoic lover waiting patiently for her wayward poet husband. The template of the stories is the same — a woman who wants something will go get it, whatever be the method. A compilation of eight stories, the gender of the protagonist gets completely diluted by the time the reader is on the eighth story, which is a play about Shikhandi, who goes from being a man to a woman in two subsequent births.