Writing to his sweetheart Barbara Ann Hewitt, a young Robert Zimmerman discussed his dream to sell a million records one day. He would go on to sell 125 million 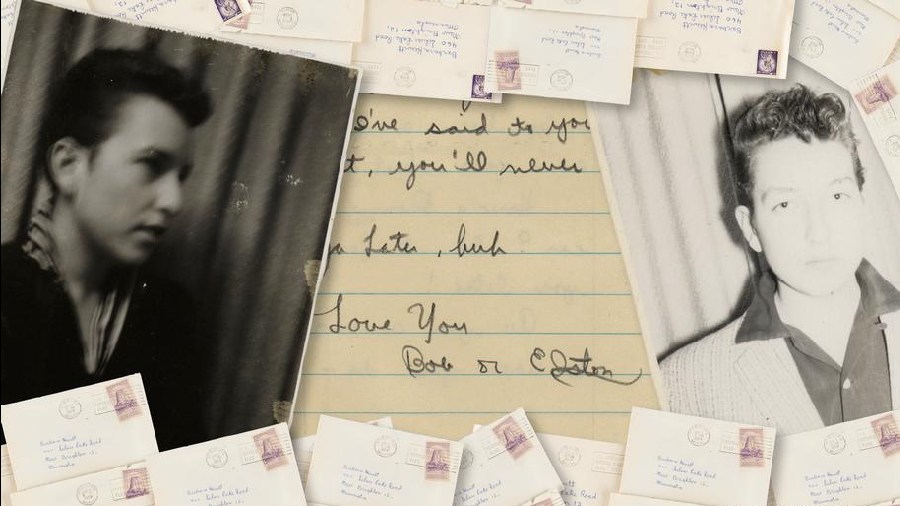 Dylan discusses his plans to change his name and his dream of selling a million records in some of the letters
Deutsche Welle
Deutsche Welle   |   Published 21.11.22, 10:54 AM

Writing to his sweetheart Barbara Ann Hewitt, a young man then named Robert Zimmerman discussed his dream to sell a million records one day. He would go on to sell 125 million.

A collection of personal letters written by a young Bob Dylan to a high school girlfriend has fetched almost $670,000 (around €650,000) at auction this week.

A renowned Portuguese book shop, the Livraria Lello in Porto, bought the collection of 42 handwritten letters totaling 150 pages. It plans to keep the archive available for Dylan fans and scholars to study, auctioneer RR Auction said in a statement on Friday.

The sale was completed on Thursday, with the letters the centerpiece and most expensive lot among a series of young-Dylan effects and memorabilia sold.

Letters from 1957-59, as Zimmerman became Dylan

Dylan, a native of Hibbing, Minnesota, wrote the letters to Barbara Ann Hewitt between 1957 and 1959. At the time he was still known as Bob Zimmerman. They provide an insight into a period of his life of which not much is known.

RR Auctions' executive vice president, Bobby Livingstone, said you could see in the letters "the transformation of Bob Zimmerman into Bob Dylan."

Dylan discusses his plans to change his name and his dream of selling a million records in some of the letters. The 81-year-old Nobel Literature Prize laureate has sold roughly 125 million in a career lasting more than six decades.

The Livraria Lello in Porto, Portugal, said it would put the letters on public display for all to see
Deutsche Welle

The young musician often expresses his affection for Hewitt, invites her to a Buddy Holly concert, shares fragments of his poetry, and discusses issues ranging from cars to clothes and music.

Hewitt's daughter found the letters after her mother died in 2020. Each letter was accompanied by a handwritten envelope usually including the name Bob.

Other items auctioned this week included a selection of 24 poems Dylan wrote while studying at the University of Minnesota, which fetched almost $250,000, and one of the earliest known signed photographs of the singer that went for more than $24,000.