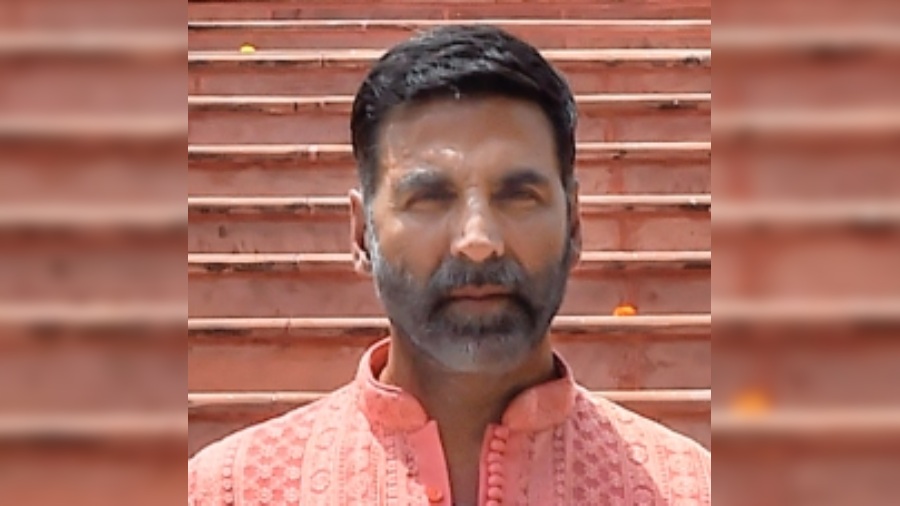 Do filmmakers really think that a tax-free tag and a pat on the back from the government will attract the audience in droves? Did Akshay Kumar and director Chandraprakash Dwivedi think appreciation from home minister Amit Shah, who said that as a student of history, he enjoyed watching “the film that depicted India’s cultural wars”, or CM Yogi Adityanath attending a special screening would impact the box office of Samrat Prithviraj?

One of the biggest commercial disasters of 2022, this Rs 300-crore film is an interesting case study to raise relevant questions and bust a few myths. It started even before the film was released, when a senior critic declared she was looking forward to watching Prithviraj because of Dwivedi. What exactly had Padma Shri Dr Dwivedi achieved for anyone to have such high expectations? He may be a scholar but that didn’t necessarily make him a great craftsman.

Pinjar (2003), an Amrita Pritam story on a Hindu woman kidnapped by a Muslim in the days leading to Partition, had come with a lot of promise. Directed by Dwivedi, it’s still lauded for its story and efficient work by Urmila Matondkar and Manoj Bajpayee, but the box office didn’t welcome it. Prior to that, Dwivedi was known for the popular series on Chanakya telecast on DD. But his attempt to retell the Mahabharata got such a poor response that Zee had to abort it while a rerun of Chanakya later got a cold reception.

In 2018, the much-delayed Mohalla Assi came and went as did Zed Plus in 2014, both directed by Dwivedi. One is not out to diss the knowledge or credentials of the medical-professional-turned-arts-enthusiast. But Dwivedi’s filmmaking record has not been particularly impressive, it’s been more hype than achievement.

Most people don’t know how the taxfree tag works but curiosity does arise over why the BJP-ruled UP, MP, Uttarakhand and Gujarat, gave Samrat Prithviraj tax exemption. It, of course, doesn’t amount to much — only 9 per cent of the state GST gets waived off on the ticket.

In days when it did matter, films like the well-told The Legend Of Bhagat Singh drew National Awards but didn’t get tax exemption. In 2002, it meant getting a relief of 35-50 per cent on state entertainment tax, which knocked down the price of a ticket by nearly half. But today, it means little more than a sarkari shabhash.

Banners like YRF (which bankrolled Prithviraj) and governments that declare a film tax-free should know every story that claims to be about a valorous Hindu king who believes in fair play is not necessarily deserving of state recognition. The making and what it states also matter. For example, Ajay Devgn’s Tanhaji: The Unsung Warrior (2020) had showcased the bravery of the Marathas and got tax exemption in UP and Haryana but it also had a sparkling screenplay where Saif Ali Khan as Aurangzeb’s trusted loyalist Udaybhan Singh Rathore was clearly the antagonist.

Dwivedi didn’t know what to focus on, diverting attention from the main plot of a vile Muhammed Ghori to Prithviraj’s fuming father-in-law. So, more than a king’s heroic fight with an Afghan invader, it was like a verbose family drama, where egos opened the doors for outsiders. Prithviraj certainly didn’t help improve any schoolchild’s knowledge of our culture and history.

After this, Akshay Kumar should also be asking himself a few questions about his recent choices. Incidentally, the actor is producing Ram Setu, which has Dwivedi as creative producer. Hopefully, writer-director Abhishek Sharma, who made Tere Bin Laden and Parmanu, will be in complete creative charge.

Intriguingly, Sanjay Dutt too was a part of Samrat Prithviraj. It’s said that Dutt’s been quoting a double-digit fee in crores after the blockbuster success of KGF2. So, will Sanju now offer a heavy discount after he swaggered his way through the role of the samrat’s blindfolded uncle?