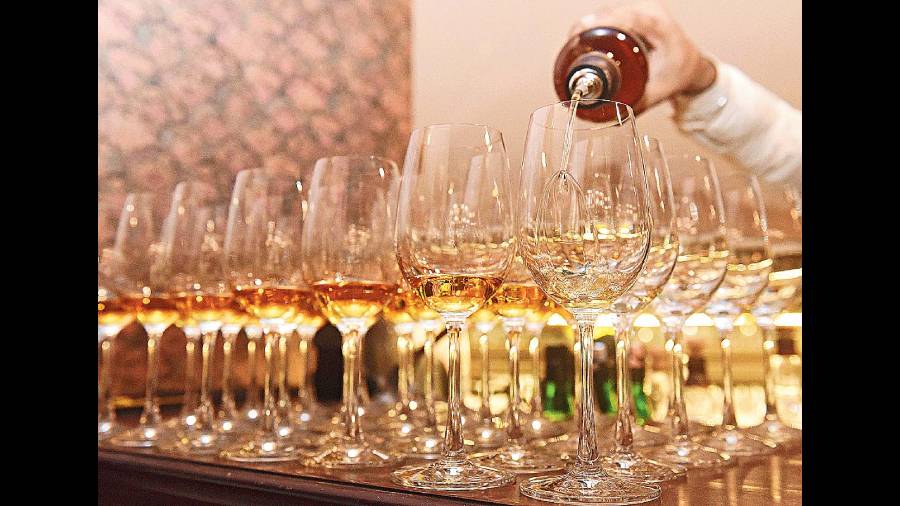 After a gap of more than 20 months, The Calcutta Malt and Spirits Club was back with Bespoke Malt Evening at Riyasat in South City Mall on October 22. Indian malts paired with Indian cuisine was on the menu and Subhasis Ganguli, the founder and member of the club, conducted the tasting. The generous seven course meal was to be enjoyed with five different kinds of Indian malts from Paul John and Amrut.

As a prep, Subhasis had taken three days to taste and curate this menu with the help of the Riyasat team, so that members and guests not only enjoy the picks but also appreciate the nuances. t2 took a seat. 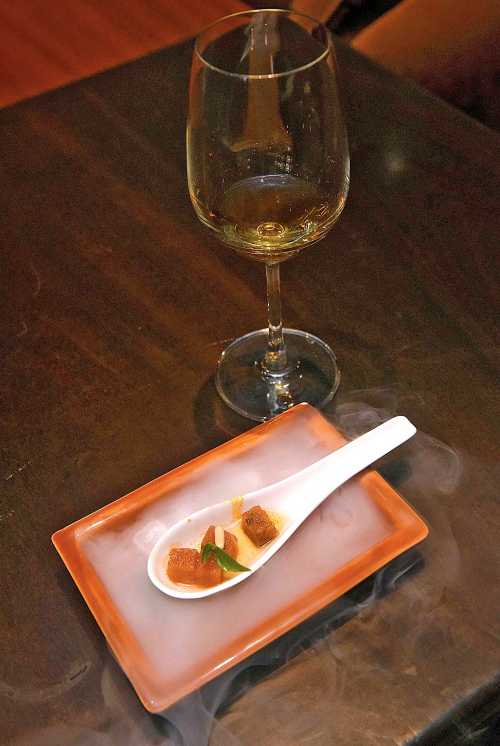 There were different malts by Paul John and Amrut
Advertisement

Amrut Amalgam: This malt is a vatted malt, meaning blended hence the name. On the nose the whisky is light with floral notes and some hints of grass. The palate has some oaky hints with a short finish.

Paired with: Timartar Tulsi Shorba that posed as a palate cleanser which had hints of spice, tangy tomato pieces and the freshness of tulsi. 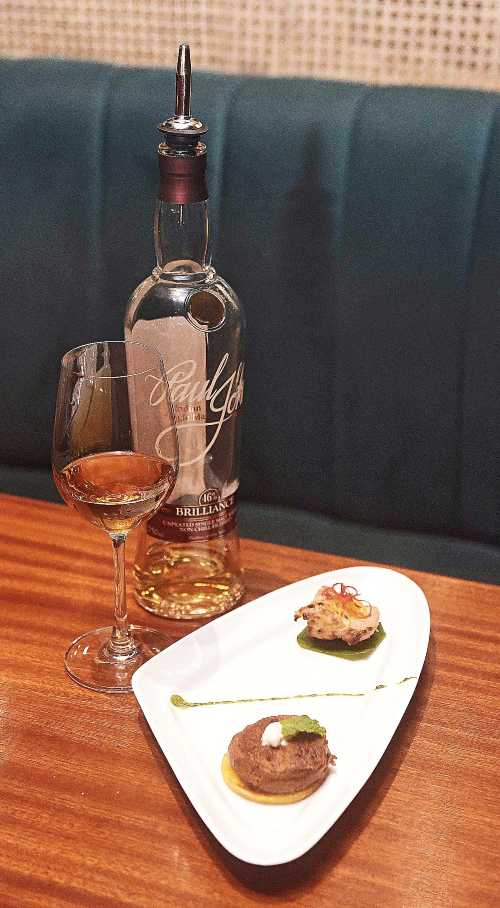 Paul John Brilliance: Bottled at 46 per cent ABV (alcohol by volume), the whisky has notes of toffee, vanilla and banana. On the palate it is mouth coating and there are hints of tobacco. It is balanced well with oak and has a medium finish

Paired with: Gilawat, Rogan Roti and Dahi Chutney which was soft, almost melted in the mouth and was meaty in flavour and Murgh Malai Majithia which was a creamy tandoor-like preparation. 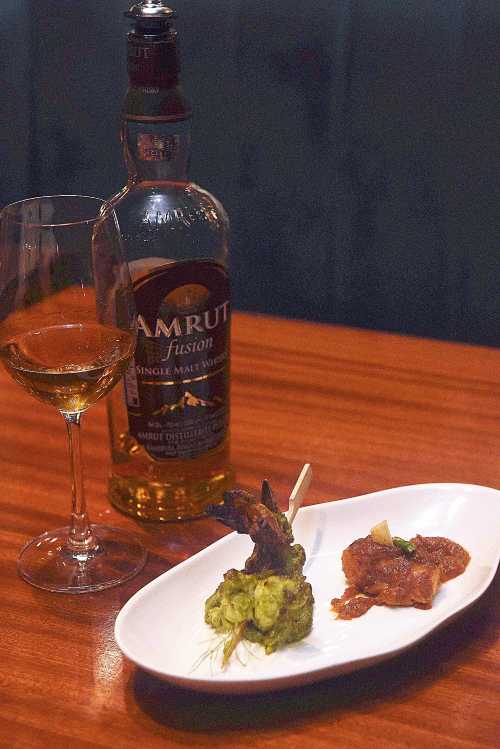 Amrut Fusion: It is a blend of Indian Single Malt with a small percentage of Scottish Single Malt. The malt is fruity, floral with notes of honey while the palate is oily with a caramel hint. With medium finish and exquisite, balance it is warm and lingering.

Paired with: Char Grilled Pepper Jhinga with Aam Aada Bhetki. This appetiser had a little heat to it but packed in flavours while the bhetki was refreshing with a mango taste. 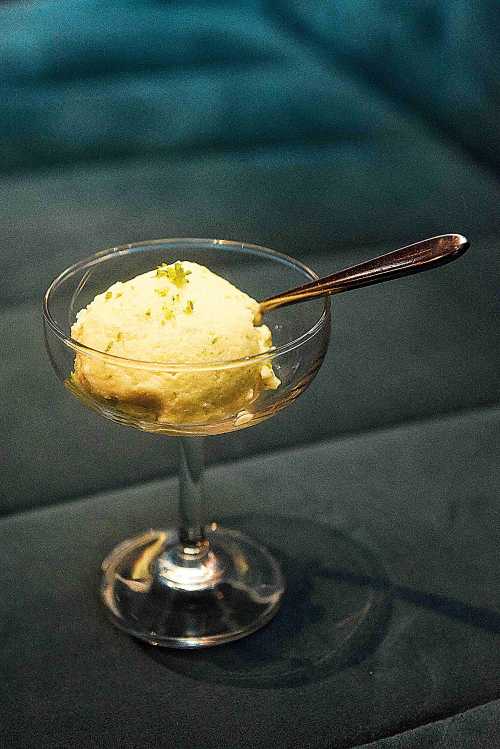 After the three malt tasting, a gondhoraj sorbet acted as a palate cleanser with lemony and citrusy flavours. 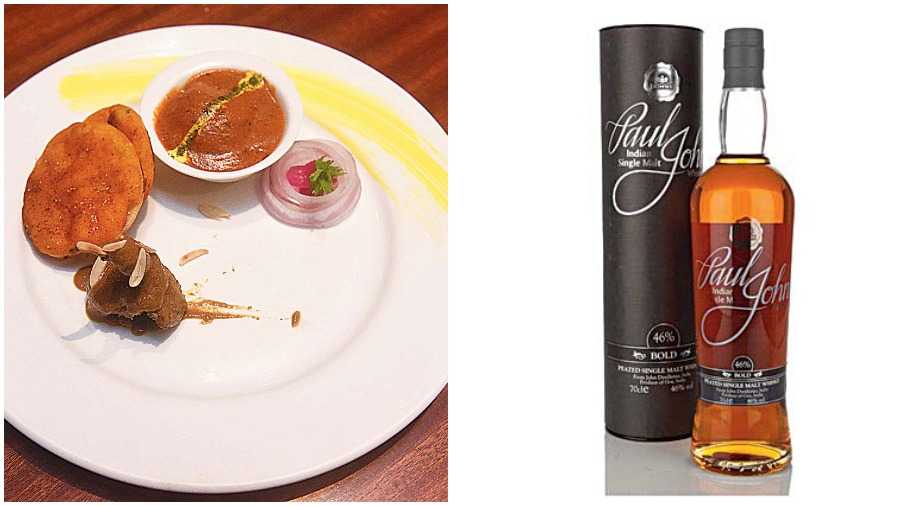 Paul John Bold: This too is bottled at 46 per cent. The whisky is very heavy on the nose, is well pronounced with hints of new wood. It is slightly raw and peated and the whisky itself is a little rough.

Paired with: Sandalwood Quail which was soft and had a light gravy rich in spices, Mardana Murgh which was on the heavier side, had a kick of heat and masala and Baby Khameeree Naan. 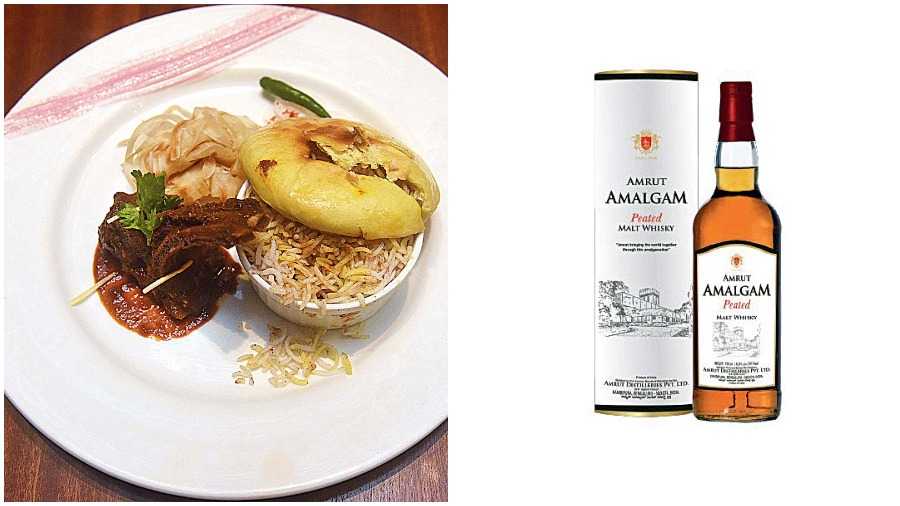 Amrut Amalgam Peated: This is the peated version of the Amalgam. On the nose the whisky has notes of stone fruits, peat and grass. On the palate the whisky is warm with hints of peat and leather. It is medium bodied with enough peaty notes making it highly flavourful.

Paired with: Dhungargosht where the mutton was juicy and loaded with a thick spicy flavour, Mutton Biryani with saffron and light on every bite, served along with Baby Malabar Paratha.

The dinner came to an end with a sweet serving of Gajrewala Mawa Pista Halwa and Rabri which was nutty, milky in taste and had a variety of textures. 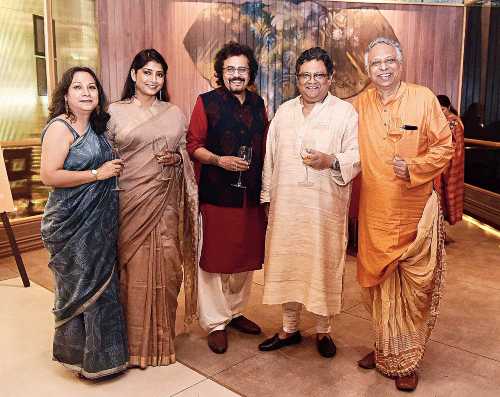 Percussionist Bickram Ghosh dropped in with actress and wife Jaya Seal Ghosh. “I found the food to be exemplary and the malt that went with every dish was wonderfully matched. I am a big fan of Amrut and it has been making India proud,” he said.

Director and founder of The Calcutta Malt and Spirits Club, Aniruddha Roy Chowdhury was present with wife Indrani Mukherjee, for the Indian malt and cuisine pairing. “We started this club seven to eight years ago and had a great time with tasting and most importantly adda. We were catching up with friends after a long time,” he said. 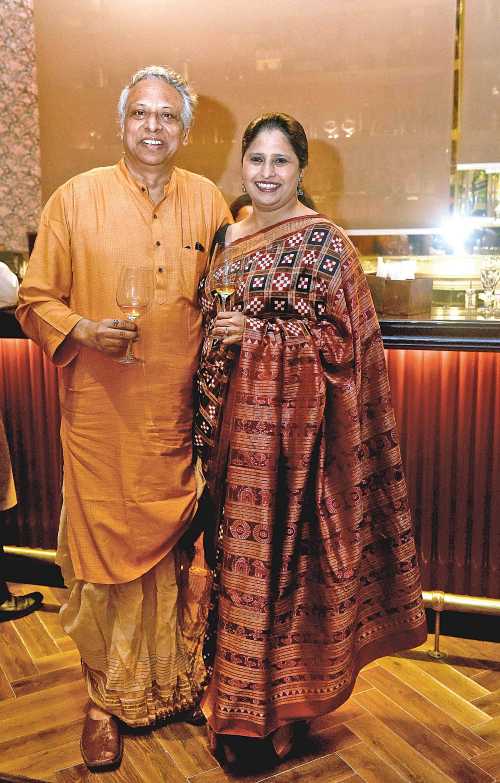 “We tried to tie up with as many malts as possible but Amrut and Paul John were the only ones available. It had been a long time that we had stopped our tasting and for Bespoke Malt Evening the underlining idea was to pair Indian with Indian,” said Subhasis Ganguli, founder and member of the club, as he posed with wife Smita Ganguli. 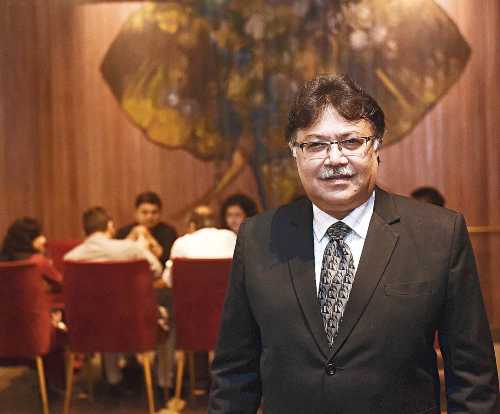 Debashish Ghosh of Speciality Ltd. lent a helping hand. “We had done pairings with them before with wine and this was our first time with malts. We were excited and had also served our pre-plated food in a different manner,” he said.