An ode to the master film-maker on his birth centenary 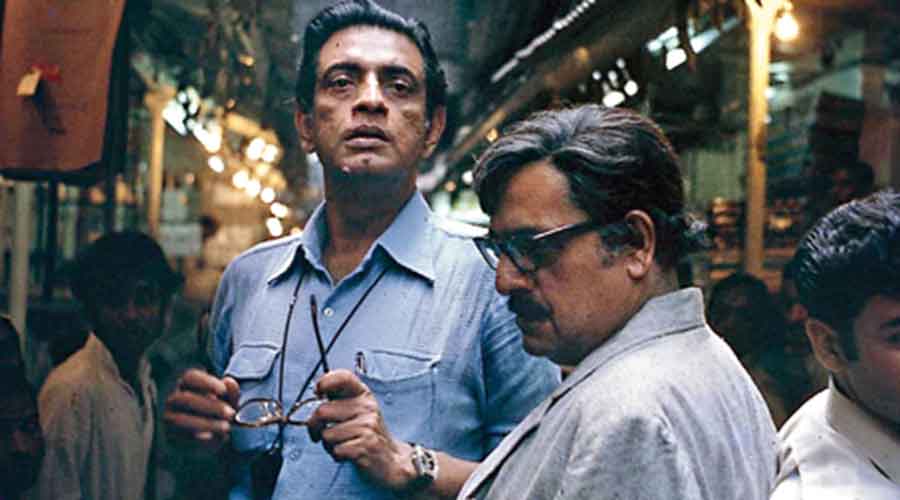 Hailing from Calcutta is very “different from being just a Bengali” for Srila Chatterjee. “Especially at the time I grew up, you were from the most cosmopolitan place in the country, it meant a lot of things and had values of a certain kind. I believe all this is a part of my soul,” she explains. And if she were to choose, “the absolutely best thing about a Bengali”, it would without a doubt be food! A woman of many parts, Srila, born and brought up in Calcutta and a student of Loreto House and St. Xavier’s College, has now plunged into a project whose inspiration is a Bengali icon who has provided film lovers food for thought over generations. Satyajit Ray. With Ray’s birth centenary on May 2, Srila, the founder of Baro Market (@baromarket on Instagram) — ‘an online store of incredible objects, magical skill and wonder-filled stories that come from all over India for you to take home and live with’ — has put together a Satyajit Ray Special collection comprising posters, wall plates, saris, kurtas, coffee mug sets, marble coasters, table runners and quilts, all with a touch of Ray. They make for one-of-a-kind collectibles and cool gifts with a much-needed warmth of the comfort of familiarity in these trying time. Srila, who “adores” Rafael Nadal and is a “big Barcelona fan”, chatted with us from Mumbai on the project and what Ray means to her. 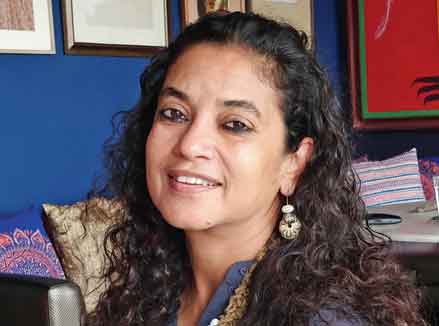 
He was one of those people who was very special with immense talent, but to take that talent and do something with it and do it in such a wide range over such a long period and with such great grace and humility... he broke the mould. There aren’t any like him after that
- Srila


When did you set up Baro Market online?

We went online last September. Before that it was a completely different avatar. We had a store in Lower Parel [BARO (the name derived from the store address 12A Sunmill Compound), a ‘furniture and craft-based concept store’ of which she was the co-founder and curator]. Baro Market was born there, but when the store shut down because of the pandemic a year ago, we shut the business and the store and then I decided that I wanted to keep Baro Market going, so we took it online. 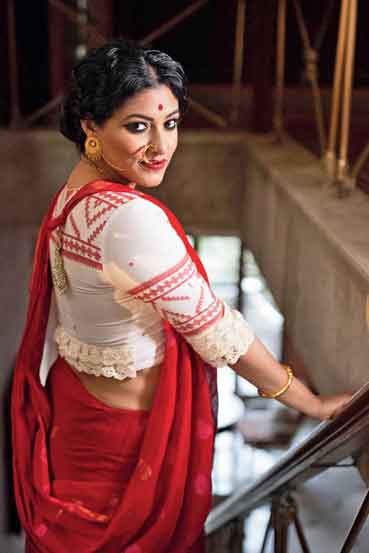 Satyajit Ray is pure nostalgia, especially for Bengalis. What are your memories of Ray?

I have to admit that I haven’t seen too many of Ray’s films, but for me, even before I saw a single one, my first thing was what a man, for what he stood for and what the world saw in him and the fact that everything he did was true to what he believed in and he never needed to do something based on what everybody was used to. I loved the fact that before you got things like top-end dollies, he took a wheelchair and he made his own home-made dolly or he knew how to innovate. He designed his posters, made his music, wrote his screenplays... he was brilliant.

The simplicity of Pather Panchali just blows you away. It’s got something so special and that specialness is in the humanity he conveys through his beliefs. So, for me, he is always going to be an example of somebody who was so comfortable in his own skin and who was so proud of what he did and believed in, but he didn’t need to compromise on anybody else’s expectations. That’s the greatest thing you could ever say about someone. 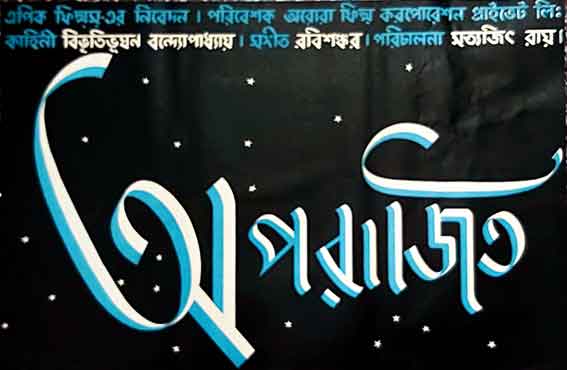 The original film poster of Aparajito

What has fascinated you about ‘artist’ Satyajit Ray?

To think that he was somebody who invented a special typography. He drew, sketched and he was one of those people who was very special with immense talent, but to take that talent and do something with it and do it in such a wide range over such a long period and with such great grace and humility... he broke the mould. There aren’t any like him after that.

What are your favourites from amongst what you have seen?

How can it be anything but Pather Panchali? It is mind-blowingly amazing. Although I worked in films (Highlight Films, ‘a production house which was largely for advertising films, and has also line-produced for feature films and now does occasional facilitation work for international jobs but is not into advertising any more’), I am not actually a great film buff. This film is etched in your brain. You remember things and details. You can almost smell and feel it. That’s amazing to be able to do that. 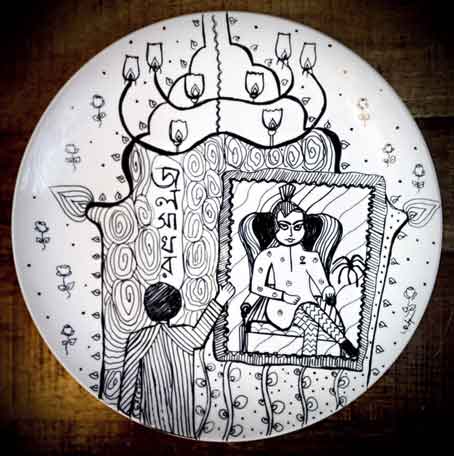 Jalshaghar Wall Plate by Bag of Bong, made on a ‘pre-sanitised ceramic plate with archival ink’

Have you been toying with the Satyajit Ray birth centenary celebration for a while now?

A couple of weeks ago someone mentioned to me that it was his birth centenary, which I had forgotten or didn’t know. We wanted to do something. I was in Calcutta a few months ago and I was at the Currency Building and there was such a beautiful show of Nemai Ghosh’s photographs. He means so much and we’d got to mark this some way or the other. Also, at the same time, I think just serendipitously, one of our brands, Bag of Bong, sent us a whole lot. They are the ones who make the plates, cushion covers and runners and they said ‘please would you highlight this because it is his birth centenary’....

Parama, a lovely brand from Calcutta, has some saris and blouses inspired by Devi and Charulata. Pranay Baidya did a show three years ago at BARO totally inspired by Charulata. He has the Charulata-style saris and Amal’s style of kurtas. Then there is a little brand called Aankona and they do the most beautiful kantha and some have been specially inspired by the stories and poems in Sandesh that he edited. Then Sounak Chacraverti got us a whole bunch of posters which are just lovely to hang up anywhere. They are inexpensive. There are five original posters. Those are vintage posters which are certified as real film posters. The posters won’t be with us for more than a limited period... a month.

You have to celebrate things like this. I also believe that like him, we are doing things we believe in. There is an authenticity to it. 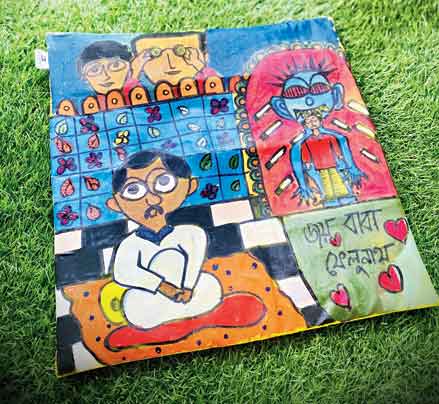 Any part of it that you have?

I have a Devi blouse and one of the Charulata striped saris. The other things are brand new.