Advertisement
Home / Culture / Arts / Z-Stars is a K-pop band with a big twist!

Z-Stars is a K-pop band with a big twist! 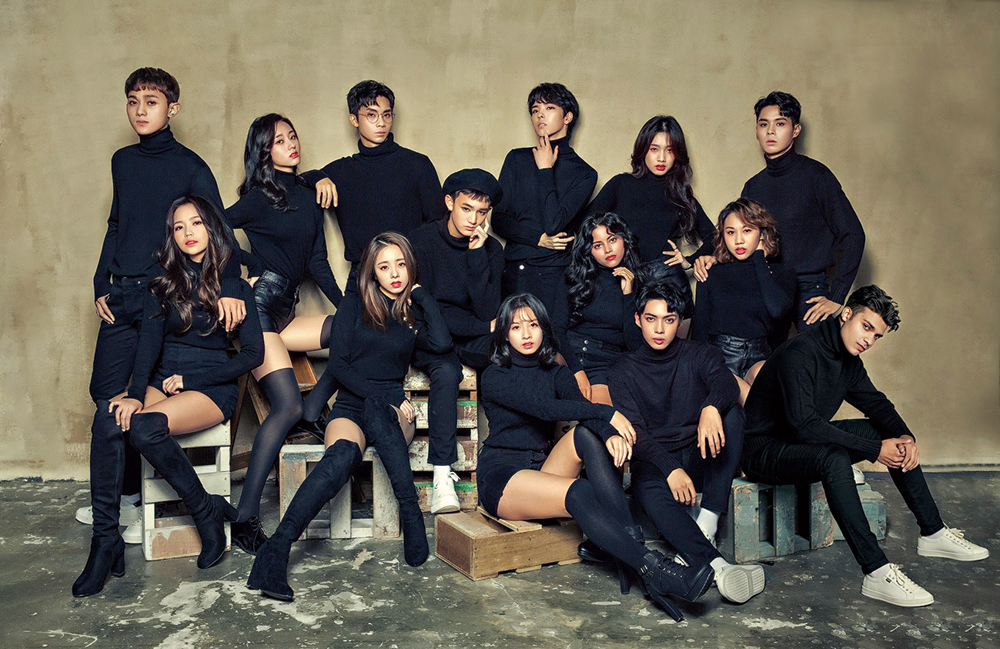 K-pop mania took over Pune last month when Z-Stars performed at this year’s Vh1 Supersonic 2020. The 14-member band, comprising seven Z-Boys and seven Z-Girls, is a product of the first season of ‘Z-POP Dream’, an international project to identify Asia’s next generation of music stars, both singers and dancers, from seven countries, including India.

They released their debut single Z-Pop Dream and made their worldwide debut at ‘Z-POP Dream Live in Seoul’ concert in 2019. The Telegraph caught up with four members of the band for a quick chat after their performance in Pune — Priyanka Mazumdar from India, Carlyn Cabel Ocampo from the Philippines, Malvin Saputra from Indonesia and Siddhant Arora from India. Priyanka and Siddhant are also the world’s first Indian K-pop-inspired artistes to ever perform in Korea as well as other K-festivals. Excerpts.

Most K-pop bands have names for their fandoms. What’s your fandom called?

Siddhant: That’s why we made a song called Our Galaxy which you can listen to on YouTube.

This is your first performance in India. What was the response from the crowd like?

Malvin: It was unbelievable because this was our first stage in India and it was a big stage. We felt nervous.

Sid: But the people are so passionate, they’re so full of energy… we could feel the great aura and vibe of the audience. An artiste can feel it and perform accordingly. So for us, it was like a dream come true.

We saw you performing a cover of Mic Drop by BTS and the crowd went crazy. Are you fans of BTS too?

Priyanka: Yes, we are also K-pop fans, especially me. I’m also an Army (BTS fandom) member. We all love K-pop… the senior artistes… and wanted to do something for our K-pop fans in India. That’s why we did the cover.

Given a choice, which artiste performing at Vh1 Supersonic 2020 would you want to collaborate with in the future?

Sid: Everyone is so talented but being an Indian, I listen to a lot of Indian hip-hop and rapping. Divine performed here and it would be a dream come true if we could collaborate with him. Also, Diplo and Machine Gun Kelly are amazing.

Priyanka: It’d be great if we can collaborate with some Bollywood artiste because that’s what we do, we connect with other cultures through music.

Malvin: How about Shah Rukh Khan?

What message do you want to give to your fans with the kind of original music that you guys make?

Priyanka: We call ourselves Z-Pop, which is inspired by K-pop. This is a new genre and we want to inspire all youngsters. We are youngsters as well, we are all born after 1995 and that’s why we are called the Z-Generation. We want other people to also keep chasing their dreams and that’s the message we want to spread through our music.

Sid: The biggest difference in our music is, of course, the concept of seven different countries. I don’t think any other group has done that before and this concept is unique. It’s a new genre in its own way… when you hear the lyrics and the music, you’d be able to identify it as, ‘Oh, this is a Z-Stars song.’

You are 14 members from so many different countries. What language do you speak and what’s the equation you share with one another?

Priyanka: We communicate in English. In the beginning, of course, it was a little bit hard because not all the members could speak English fluently. But since all our dreams and goals were one, we all just connected together. We learn about other cultures and languages and we enjoy that a lot.

Sid: Also, in Indonesia they call chair ‘kursi’ too, just like in India. Yesterday, all 14 of us were in the elevator and we realised there are seven different countries in one elevator. The elevator was so diverse with so many countries, cultures, languages (laughs).

Which country are you guys based in?

Sid: We are based in Seoul, South Korea.

Malvin: We had only three months to train before coming to India but thanks to the K-pop training system, we could do it.

Since none of you are actually from Korea, how did you get introduced to K-pop?

Priyanka: I’ve always been a big K-pop fan and I used to participate in various K-pop contests from India. I even represented India at the K-pop World Festival in 2016. I started the journey then and now we are all together. All of us are really similar because we all wanted to be artistes and pursue our own career in music.

Carlyn: K-pop is really big even in the Philippines, just like in India. It inspired us to be singers and this opportunity makes us feel that we made it!

What are you working on now?

Malvin: The Z-Boys have released Holla Holla and No Limit.

Carlyn: And the Z-Girls just released two new songs — What You Waiting For and Streets of Gold. We plan to release our third single soon, so watch out for that!

Which one is your personal K-pop song of all-time?

Carlyn: You Are by GOT7.

Priyanka: I have a lot of favourite K-pop songs but for now I’d say it’s Mikrokosmos by BTS. I listen to this song every night because it has a positive vibe and it makes me believe that I can achieve my dreams as well. It makes me think that I shouldn’t give up and that there’s always a positive door open for you in the future.

Sid: I think I’m still in that Mic Drop (a song by BTS) zone… I really love that genre, that vibe, that music. It’s full of EDM, rap, melody… Mic Drop for me is my favourite K-pop song.

Malvin: I think most of us are an Army because I love Boy With Luv by BTS. Every day, every night I go: ‘Oh my, my, my.’ I love this song (laughs)!