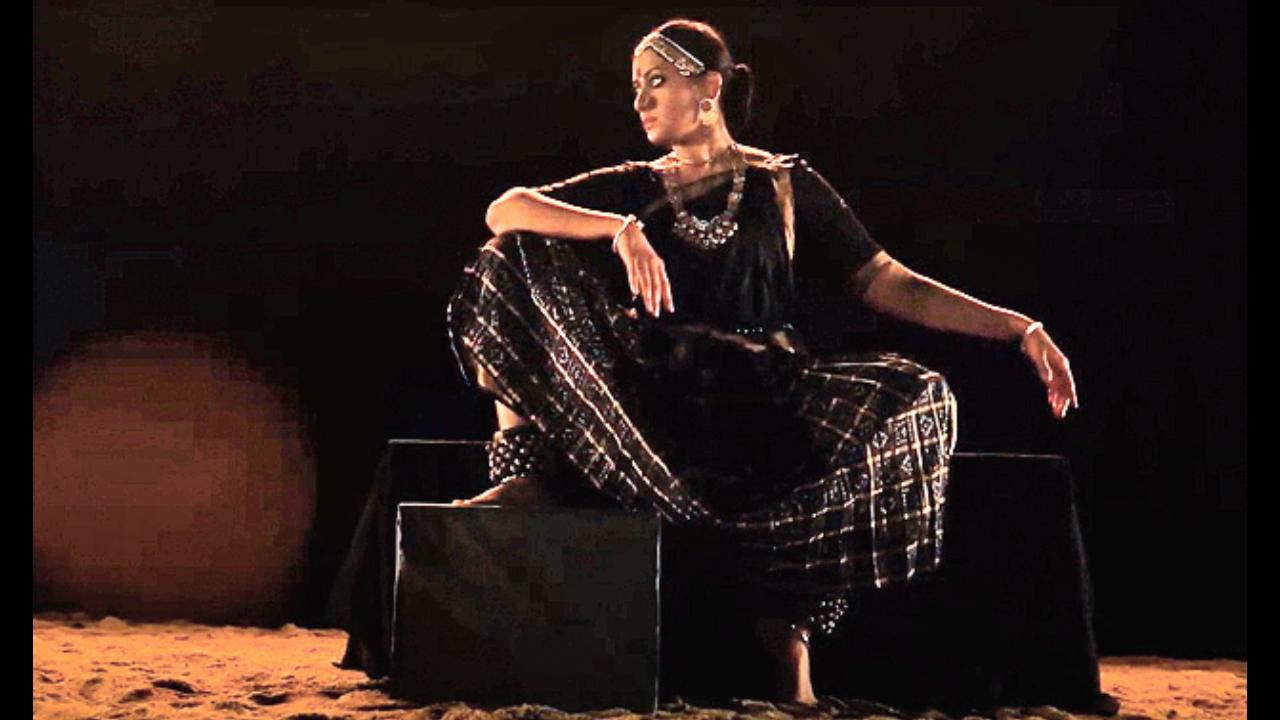 The title of a recent online dance film festival, Ghora — The Grotesque Goddess, presented by Lasyakalpa, provoked curiosity. It prompted one to anticipate imaginative filming of extraordinary choreographic work that would mine twisted beauty from the heart of the unfamiliar, mysterious and magnificent. The boundaries of human experience would be broken down by artists to seek the aesthetics rooted in the weird and the unexpected — particularly in divinity, which is often left untouched in an ivory tower because of reverence — to explore its startling and visceral possibilities. An experiment such as this has the power to generate the most vital and complex art.

The interest in the festival was further stoked by the remarkable artists brought together by it — Sharmila Biswas, Anuradha J. Tadakamalla (who choreographed the performance by Katyayani Kanak), Bimbavati Devi, Rama Vaidyanathan and Maya Kulkarni (who created the piece performed by Mesma Belsaré).

The atmospheric and imaginative tour de force by the Odissi dancer-choreographer, Sharmila Biswas, Nishi Dhombol, demonstrating emergence from the obscurity of darkness and shadows of the night, had a sinister edge to it. The intense romance and gothic grandeur of the narrative about an elusive village goddess, whose terrifying nocturnal dance no one can see, is enhanced by an encounter between the violent and the benevolent. The binaries of protector and destroyer are blurred as the goddess walks into the unknown inside her and complex internal negotiations follow.

A moment from Footprints In Blood
Lasyakalpa

In Mahakali (picture, top) — Tadakamalla’s exploration of the theme through Kuchipudi and performed by Kanak — the goddess embodies the dynamism of Time. With an intensity that must be described as both brave and stunning, the film creates thrilling visuals of extraordinary ferocity using deconstructed mudras and movements, close-ups and long shots in dramatic compositions.

The choice of the warrior goddess, Panthoibi, for the film, Footprints In Blood, allowed Bimbavati (picture, bottom) to tell stories of social and political unrest in Manipur through her remarkable creation. The goddess is used as a metaphor as Bimbavati tells the bloody stories of the feminist revolution of Meitei women in Manipur, the state’s suffragette uprising, the social movement, Meira Paibi, and the rape and murder of Thangjam Manorama.

The performance in Uchishta Chandalini by the Bharatanatyam dancer-choreographer, Rama Vaidyanathan, which drew upon a tantric form of Matangi, seemed completely unaware of the camera. It was the only presentation in the festival that seemed to have been choreographed entirely for the stage and presented in the digital format. Moreover, it did not concern itself with shifting the parameters of convention in dealing with divinity.

Belsaré’s performance in Chinnamasta, which was directed by Kulkarni, had a luxuriant and alien ferocity. It harnessed the thrills and anxieties of the questions of mortality, although jarring music and confusing vocabulary took away much from the impact of the piece.

The Pt. Ravi Kichlu Foundation and Rotary Club of Calcutta recently hosted a Kathak performance by Vishal Krishna at the Hyatt Regency. A magnetic performer of the traditional form, he is, however, at an important crossroads in his career. Like any exponent of an ancient art form, Krishna is faced with a problem: in order to grow as an artist, he must expand his repertoire and reinvent himself. On an uneasy cusp right now, he must embrace the new. Or else, repetition and sameness will lead to the museumification of his form.