THEATRE: With actors such as Tamsin Greig, Benedict Cumberbatch and Jonny Lee Miller on board, the plays unfailingly, unsurprisingly pack scintillating performances 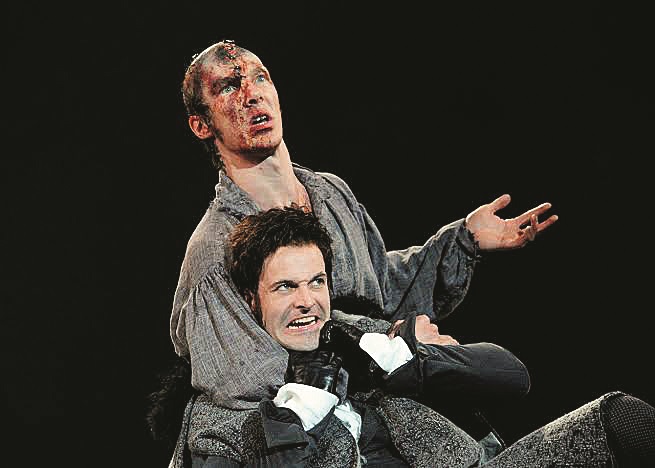 Theatre derives its lifeblood through social gathering and the intimate interface between various categories of stakeholders. With social distancing and isolation constituting the new normal, a death-like gloom has thus enveloped the world of theatre. Locked and shut down, theatre in Bengal is undergoing an unprecedented crisis. Hardest hit in these corona-infected times are theatre professionals (actors and backstage personnel), who, even in the best of times, scrape and struggle to make a decent living. Being unorganized, they lack a collective financial security infrastructure that might have cushioned their plunge into desperate penury.

With governmental resources stretched paper-thin trying to bring relief to sectors of economic activity considered essential, it is naïve to expect administrative attention for arts and entertainment anytime soon. When theatre does manage to claw its way back into some sort of life, it must emerge wiser, more organized and better prepared to handle emergencies than it is now. A part of the preparedness has to involve taking theatre to alternative platforms, such as the internet. Pioneering the transportation of theatre onto the world wide web is the British National Theatre Live project. Having watched two NTL productions on YouTube — Twelfth Night and Frankenstein — I will touch upon a few points about the productions before gleaning the internet-theatre model for potential lessons.

With actors such as Tamsin Greig, Benedict Cumberbatch and Jonny Lee Miller on board, the plays unfailingly, unsurprisingly pack scintillating performances. Transforming Malvolio to the female Malvolia, Twelfth Night opens up hitherto uncharted possibilities by problematizing the gender question. Frankenstein foregrounds an eloquent creature, highlighting the anguish of the marginalized other. Both plays effortlessly connect to contemporary ethos.

However, strikingly remarkable and worth emulating is the manner in which NTL remains true to both theatre and film. The plays remain accessible for a limited period of time (like theatre), while the audio-visual experience is richly cinematic. Each YouTube production comes with a body of meticulously produced ancillary resources (interviews, analysis). Crucially, while the plays can be watched online free of cost, the project attracts donations globally. Are there not major lessons here for us to learn to handle calamities better?