The Met Opera has a gay conductor. Yes, that matters

A new generation is coming to power, one for which sexual orientation is far less fraught 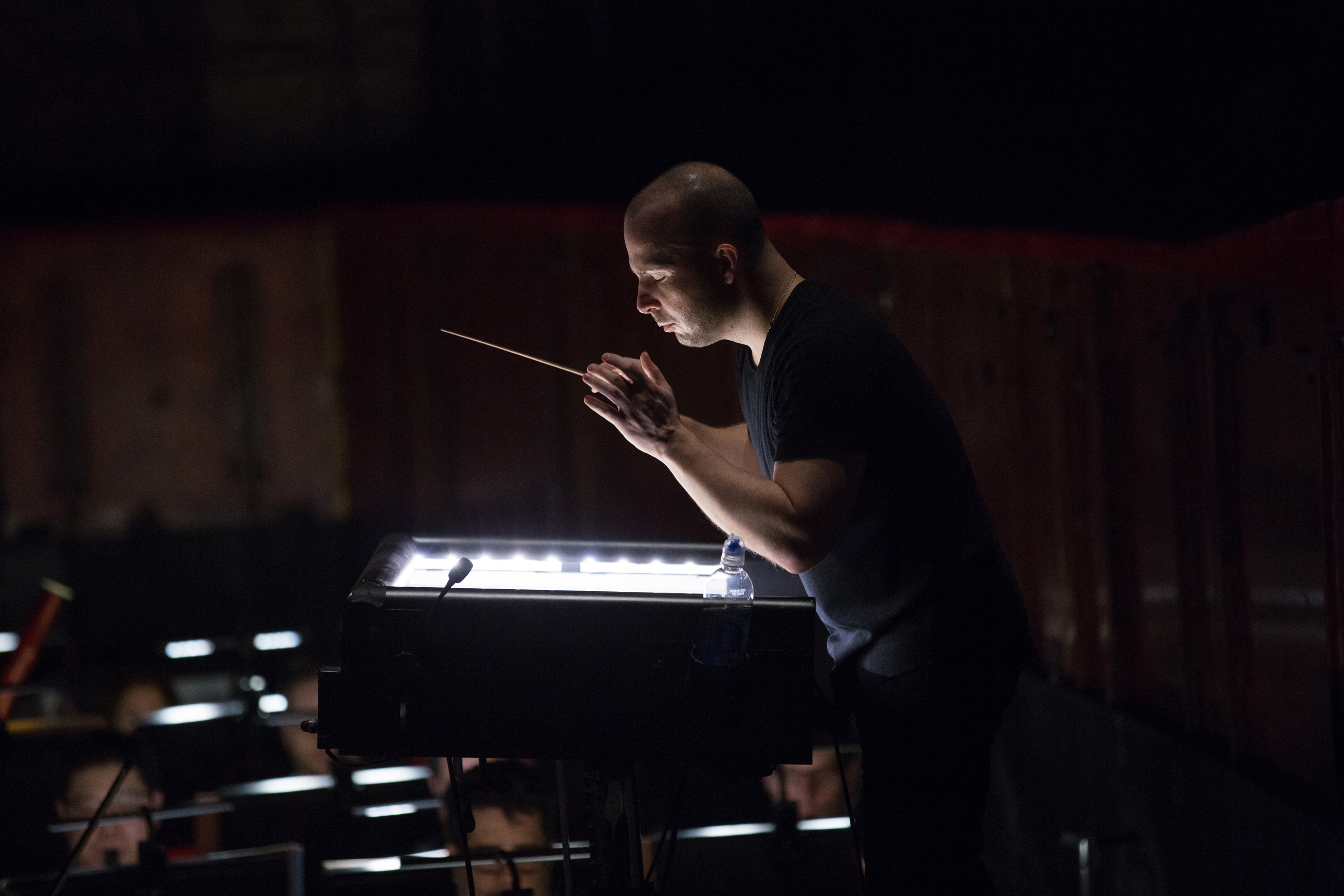 It wasn’t love at first sight when Yannick Nézet-Séguin, the new music director of the Metropolitan Opera, and his partner, Pierre Tourville, met as students at the Montreal Conservatory almost 25 years ago.

“I felt I needed to emancipate, to get out of my parents’ place, as one does at 20,” Nézet-Séguin said recently at Julius’, the West Village gay bar. “And so we were just roommates.”

“You and your best friend,” he said, turning to Tourville, “she and you were looking, and I said, ‘I’m going to be your roommate.'”

Tourville, a violist, was dating, he admitted with a laugh, “many people at the same time.” Nézet-Séguin was in a four-year relationship — with a woman.

But did Tourville seriously think Nézet-Séguin was straight?

It’s not unusual to share meet-cute stories over cheap cocktails at Julius’, one of the oldest and cosiest gay bars in the city. But it was an extraordinary conversation to be having with the music director of the nation’s largest performing arts institution.

While culture — particularly high culture — is indelibly associated with gay tastemakers, audiences and creators, it’s a sign of how outmoded our conception of authority is that remarkably few major performing arts leaders have been openly gay. In classical music and opera, even New York, the city that gave rise to the modern gay rights movement with the Stonewall riots 50 years ago this June, has been dominated since then by two conductors: Leonard Bernstein and James Levine, who both kept sexual relationships with men hidden.

So chatting casually about coming out, bullying and Celine Dion with Nézet-Séguin and Tourville was a sign that a new generation is coming to power, one for which sexual orientation is far less fraught. And it adds to the sense that Nézet-Séguin, 43, who is conducting Debussy’s Pelléas et Mélisande at the Met through January 31, represents a milestone, and not just for opera.

Despite gay pioneers like Michael Tilson Thomas (at the San Francisco Symphony) and Marin Alsop (in Baltimore), conducting remains an overwhelmingly straight (and male, and white) profession. As throughout society — business, politics, sports — music has struggled to produce and promote leaders outside of the traditional mold. It doesn’t help that the field is by its nature past-loving and has major centers in countries like Italy and Russia, where reactionary values still reign.

“Orchestras and opera companies are microcosms of our society and our world, and this is a representation of it,” said Deborah Borda, the president and chief executive of the New York Philharmonic, and the partner of Coralie Toevs, the Met’s development chief. “If you think about Western society, the epitome of leadership — and people go around teaching courses on this — is a conductor. And the model is Toscanini: a man who stands on the podium, has total authority and simply tells people what to do. He is grand, and white, and fully patriarchal.”

Levine, Nézet-Séguin’s predecessor at the Met, was fired last year after a company investigation found evidence of sexual misconduct. He has denied the accusations, but no one disputes that he has always been fiercely guarded about his personal life. The contrast with Nézet-Séguin — who has been openly gay for his entire professional career and nonchalant enough about it to post a smiling partners’ beach selfie on Instagram — is impossible to miss. 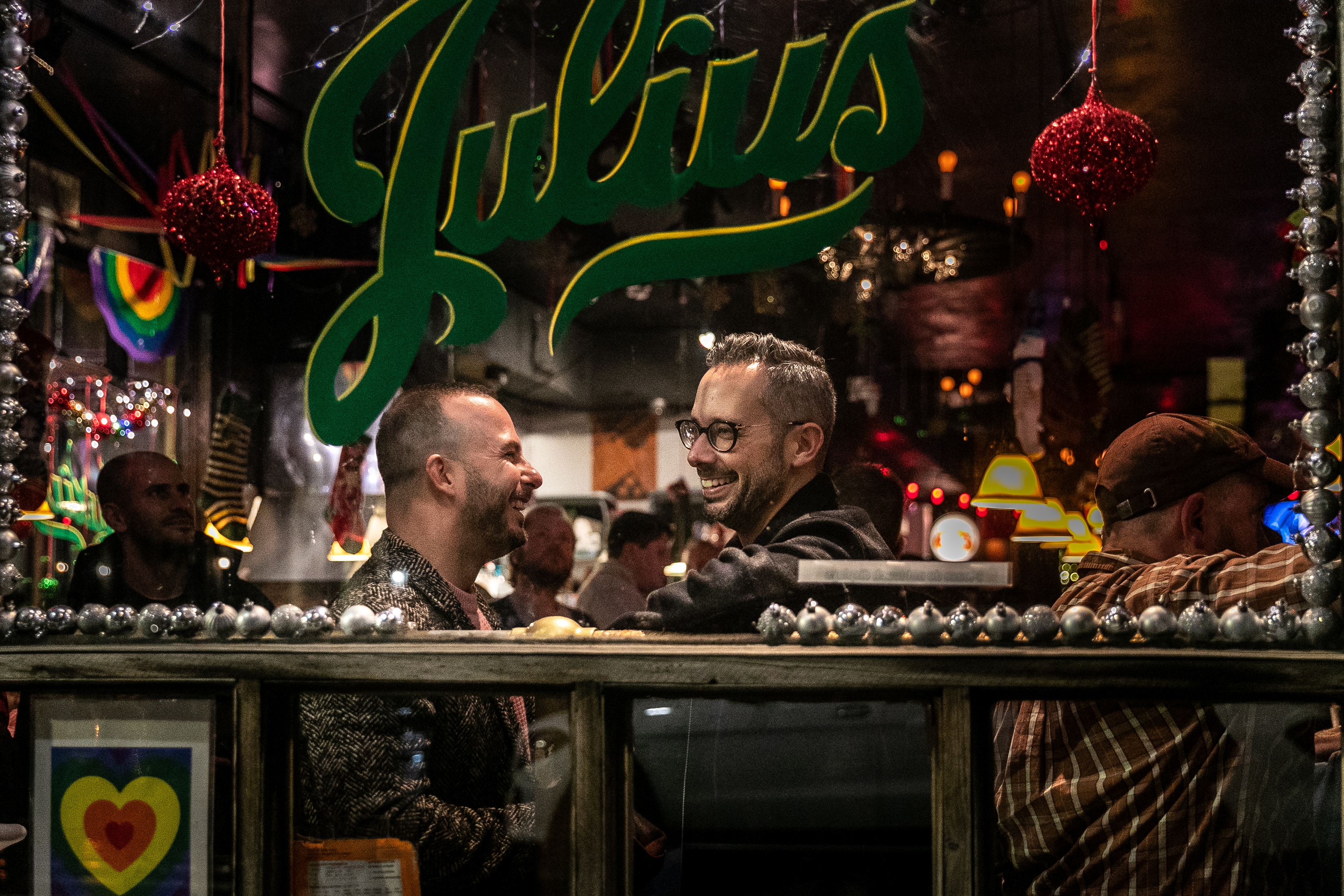 The two men both grew up in Quebec, Nézet-Séguin in Montreal and Tourville in Trois-Rivières. Even if it was perhaps unusual to declare, at 10, that he wanted to be a conductor, Nézet-Séguin was spared teasing, he said. But Tourville was bullied so badly that he changed high schools in his second year.

Sexual orientation, Tourville said, isn’t “clear at that age, but they feel you’re different. It was more about: I played music, I was good at school. I was different, more sensitive.”

Nézet-Séguin recalled the transition from long-term heterosexual relationship to openly dating his male roommate in the mid-1990s as reasonably smooth. “There was no crisis with it,” he said, waiting a beat: “I mean, there was some surprise.”

When they announced to both pairs of parents that they were a couple, the news was well received, though Nézet-Séguin allowed that “I can’t say it was necessarily only easy.” Tourville interjected that perhaps it wasn’t “the happiest moment of their life.” But, Nézet-Séguin added, “in both cases it didn’t affect the connection.” (His mother still handles his website and his schedule in Canada; his father manages the finances.)

In those early years, Tourville was the breadwinner, with checks coming in as a freelance violist, while Nézet-Séguin toiled as a piano accompanist. They fondly recalled a $20 all-you-can-eat pasta deal Tuesday nights at a local restaurant.

They started a Baroque music ensemble, corralling players and pasting together scores in all-night marathons. Nézet-Séguin began to build his conducting career in Canada.

In 2000, he became music director of the Orchestre Métropolitain in Montreal — and, in 2003, Tourville’s boss there. (Yes, it’s a bit awkward and stressful for your partner to try out for a viola seat in the orchestra you conduct, even if the audition is blind. “Of course, as soon as he did one note I recognised it,” Nézet-Séguin said.)

Both of them still have their positions with the orchestra, and the arrangement has proved an ideal one: The ensemble is part time, allowing Tourville to travel with Nézet-Séguin. “It’s kind of a package deal, I guess,” Tourville said. “When Yannick is there, most of the time I’m there, too.”

They have been pleasantly surprised at having Tourville mentioned in the public ceremonies that introduced Nézet-Séguin as music director of the Rotterdam Philharmonic (a position he held through last year) and the Philadelphia Orchestra (where his contract has been extended until 2026). Tourville was an important factor in Nézet-Séguin’s decision to concentrate on Philadelphia, New York and Montreal, and to curtail his work in Europe for the time being.

“There’s a lot of difference between, door to door, 3 1/2 hours and no jet lag, compared to, like, 10 hours and you arrive and can’t do anything for three days,” Tourville said. “It was becoming a little crazy.”

Tourville referred with a laugh to the trope of “conductor wives,” who imperiously attend even rehearsals. He sticks to performances. “I think I know him well enough,” he said of Nézet-Séguin, “to know when he’s trying something or being unnatural, musically.”

And is Tourville right when he intervenes?

For the Met’s recent new production of La Traviata, Nézet-Séguin said, he worked with the ensemble on “a much richer sound, resonant, pizzicato, bass-oriented. Cellos and basses: I’m a lot about what they need to do. Not because they’re not good, but because for years they’ve been asked to be as short and light as possible”.

“That was the conception of sound of my predecessor,” he added. “I just have a totally different idea, and we miss very often the fundamental of the harmony. Whenever it’s a little bit longer and richer and with more vibrato, it changes completely the aural spectrum.”

A wholly different kind of aural spectrum — and a spectacle that was queer even by opera standards — was on display in October, when Nézet-Séguin was featured on the Canadian national television show En Direct de l’Univers, a kind of This Is Your Life told through the people and music you love. His nieces and nephews were on, as were his parents and trainer. Rufus Wainwright sang a few songs.

But the climax was a duet: the Jacques Brel number Quand On N’a Que L’Amour (When Love Is All You Have), with Tourville joined remotely by none other than Celine Dion. Nézet-Séguin cried — mostly, he said, “because I was watching Pierre sing a duet with his idol.”

The couple is not married, but for a gay union, there could hardly have been a more sacred ceremony. “It made an impact,” Nézet-Séguin said. “We did not realise that, and yet it made an impact. Hey, two guys sang their love, with Celine blessing it.”