Spend the day making a streaming playlist of songs that you think are originals. Nope. They are covers. Here are 14 of our favourites 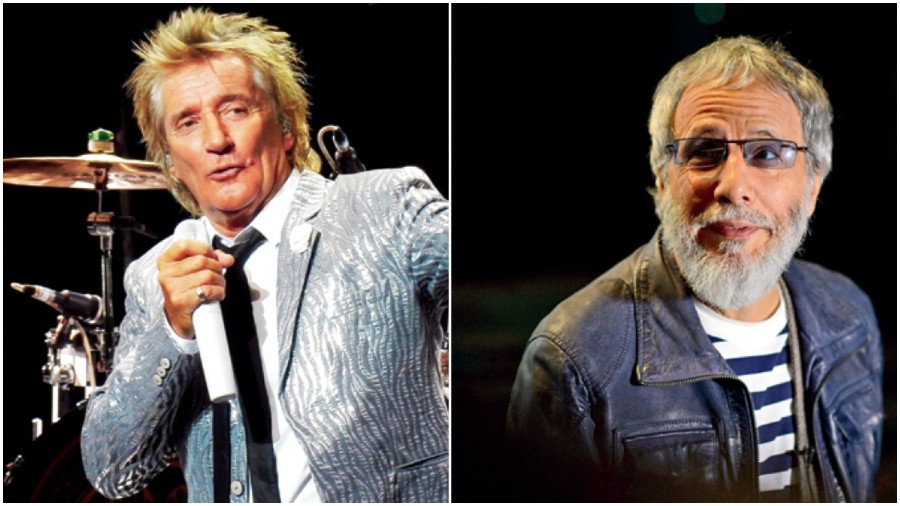 The First Cut Is The Deepest

Rod Stewart turned in a fine performance of The First Cut Is The Deepest on his album, A Night on the Town in 1977, and then Sheryl Crow found success with it in 2003 but the Cat Stevens-written number was originally released by soul singer P.P. Arnold in May 1967, months before Stevens would record it.

House Of The Rising Sun

The Animals, right? Nope. It’s a traditional folk song, which Bob Dylan learned from Dave Van Ronk in the Greenwich Village and the Nobel Prize winner recorded it on his 1962 debut album. “I can’t say exactly when the first time I heard …Rising Sun was because before we recorded it every folk artiste I knew would play the opening chord sequence. They all loved that opening chord sequence, as does every guitar player in the world. But I started thinking, ‘Wow, there’s got to be more than this, than what I’m hearing from these opening chords.’ I got Bob Dylan’s album and I found out there was a lot more to it, that [it] had probably been rewritten. I thought, ‘Yeah, wow, yippee — there’s more to the story than I think there is,” The Animals member Eric Burdon has told Grammy.com.

I Will Always Love You

The 1992 version of the song will always be associated with Whitney Houston. “The first time that I heard Whitney’s version of (the song), I just about wrecked my car. I was heading home, and all of a sudden, I had the radio on, and I just heard the a cappella part: ‘If I should stay…’ It kind of got my attention, but it hadn’t registered yet. And I thought, ‘What?’ All of a sudden, she went into the chorus, and I thought, ‘Oh my god! This is I Will Always Love You!”,” Dolly Parton, the original singer of the song, said in an interview some years ago.

The song has an interesting back story. It came to Parton when she was trying to make a break from her role on Porter Wagoner’s syndicated television show. “I was trying to get away on my own because I had promised to stay with Porter’s show for five years. I had been there for seven,” she told CMT. “And we fought a lot. We were very much alike. We were both stubborn. We both believed that we knew what was best for us. Well, he believed he knew what was best for me, too, and I believed that I knew more what was best for me at that time. So, needless to say, there was a lot of grief and heartache there, and he just wasn’t listening to my reasoning for my going.”

The pandemic claimed the life of guitarist-singer Alan Merrill last year. He was among the few Western rock stars in Japan in the late 1960s and ’70s. Soon after, he left for London where he helped start a glam band called the Arrows, which found a hit in I Love Rock ’n’ Roll, which eventually became Joan Jett’s breakthrough hit in 1981.

“I left home at seventeen. I took a paper bag with a toothbrush, a change of underwear, an apple, and a copy of Yoko Ono’s book Grapefruit.” That’s the first sentence of Cyndi Lauper 2012 memoir. She caught up with success. One of the big challenges she went on to face is when the opportunity to sing Girls Just Want to Have Fun came to her. It’s originally by Robert Hazard and the “fun” element sounded like “coerced bedroom shenanigans,” as the Atlantic put it on the 30th anniversary of the release of Lauper’s version. But her manager said if the song was sung by a woman, it could take on a different meaning. She sang it. It became an anthem.

Aretha Franklin’s Respect continues to be a battle cry from time to time, across generations. In the music industry, for example, the song has a symbolic role in a long fight over copyright issues. She sat down at a piano in the Atlantic Records studio in New York to record the song on Valentine’s Day in 1967. She turned the song inside out in ways the original singer-songwriter Otis Redding could never dream of. According to The New York Times, Redding wrote it as a man’s demand for recognition from his wife. For Franklin it became an unapologetic declaration of independence. It shares a place in history alongside Nina Simone’s Mississippi Goddam and Sam Cooke’s A Change is Gonna Come.

Got My Mind Set on You

The year was 1987 and the MTV generation couldn’t get enough of George Harrison singing Got My Mind Set on You. It had an addictive video to go with it. It’s not a Harrison song. The Beatle had first heard the song while visiting his sister in America in September 1963. He had later recalled: “I’d been to America before, being the experienced Beatle that I was. I went to New York and St. Louis in 1963, to look around, and to the countryside in Illinois, where my sister [Louise] was living at the time. I went to record stores. I bought Booker T and the MGs’ first album,  , and I bought some Bobby Bland, all kind of things.” The song was originally recorded by James Ray in 1962 and was written by Rudy Clark.

Willie Mae “Big Mama” Thornton settled in Houston in 1948. There she came across Don Robey, the man behind Duke and Peacock record labels. Her first hit turned out to be Hound Dog, which she had recorded in Los Angeles with Johnny Otis’s band. Written by Jerry Leiber and Mike Stoller, the song reached Elvis Presley when he heard a Las Vegas lounge act perform a garbled version. “Elvis Presley was supposed to be on a show with me once not long after he started out. But he backed out. What about that? Look at all that he had, and he’s dead and gone and I’m still here. What would I want with things like diamonds and things like that? You can’t take ’em with you when you go. You can’t eat ’em,” she told The New York Times in 1980.

All 1980s kids drinking wine in 2021 believe that Red, Red Wine is by UB40. Recorded in 1967 by Neil Diamond, Billboard called it a “compelling, original folk-flavoured ballad” but could manage to stay on the charts for a couple of weeks. A number of versions followed but in the hands of UB40, it got a memorable pop-reggae treatment. Lead singer Ali Campbell has told the Financial Times: “The funny thing about the song is we only knew it as a reggae song (referring to the Tony Tribe version). We had no idea that Neil Diamond wrote it.” Bandmate “Astro” Wilson added: “Even when we saw the writing credit which said N. Diamond, we thought it was a Jamaican artist called Negus Diamond or something.”

What’s Love Got to Do With It

Cliff Richard turned it down (only to record it in 2001!) and then it went to UK group Bucks Fizz. The vocals are by Bobby G though group member Jay Aston wanted to sing it. While being prepared for their album I Hear Talk, Tina Turner cut in and recorded the song in 1983 while the Bucks Fizz version appeared as a bonus track only in 2000.

(L-R) The Family, Sinead O’Connor
Sourced by the correspondent

Prince was a very emotional man. He had written the song for his side project, The Family, but ultimately it was Irish singer Sinead O’Connor who made it a big hit. Susannah Melvoin, a singer for the Family, was engaged to Prince in the ’80s. “It was most unusual for him to give you a track that was incredibly personal to him,” Melvoin has told The Irish Times. The song was inspired both by issues in his relationship with Melvoin and the absence of his personal assistant, Sandy Scipioni, who was taking time off because of the death of her father. “I had left, and Sandy had left. He was so sensitive to longing and need, if you were his lover and he loved you and you weren’t there, it would compel him to go into the studio because that was the only way he could service those emotions. He wasn’t a guy who would pick up the phone and say, ‘Hey, don’t go to LA, I’m going to miss you. He would write Nothing Compares 2 U,” Melvoin has said.

The Tide Is High

Blondie’s lead vocalist, Deborah Harry, used to have American television under her spell. In 1980, the band covered the sugary-sweet The Tide Is High. In the months and years leading to Donald Trump’s leaving of the White House, protesters even played around with the lyrics of the song to make it sound like: “The time is nigh, your reign is done, it’s time to indict Individual One...” The original 1967 number belongs to The Paragons, a Kingston vocal trio. Listen to the original number on YouTube. It’s amazing.

(They Long To Be) Close To You

(L-R) The Carpenters-Richard Chamberlain
Sourced by the correspondent

Always associated with The Carpenters, the Burt Bacharach-Hal David composition found its way to the brother-sister duo after it was recorded by actor Richard Chamberlain in 1963 and then there was a demo recording by Dionne Warwick, who later recorded her own version for her 1964 album Make Way for Dionne Warwick. There were more versions. But it was the duo’s version that’s remembered. “I heard it as a slow shuffle, where the original turned out to be a straight eight-count. And at the end of the song itself, I felt it needed the multi-tracked, four-part harmony ‘tag’ that became so well known. Herb (Alpert) was absolutely right. It turned out that Close To You was the perfect song to showcase Karen’s and my abilities,” Richard Carpenter  has told uDiscoverMusic.

That’s What Friends Are For

The 1982 film Night Shift around a timid night shift morgue employee, directed by Ron Howard, has an interesting soundtrack while the music is by Burt Bacharach. One of the songs is That’s What Friends Are For, rendered by Rod Stewart. According to Billboard, Bacharach and co-writer Carole Bayer Sager were not happy with the way the song ultimately turned out. A few years later they were scheduled to produce some songs for Dionne Warwick. That’s What Friends Are For popped up. Warwick was joined by friends Elton John, Gladys Knight and Stevie Wonder. It was an instant hit