Through their works, the artists have let out a collective, silent wail of despair and torment that had a cathartic effect 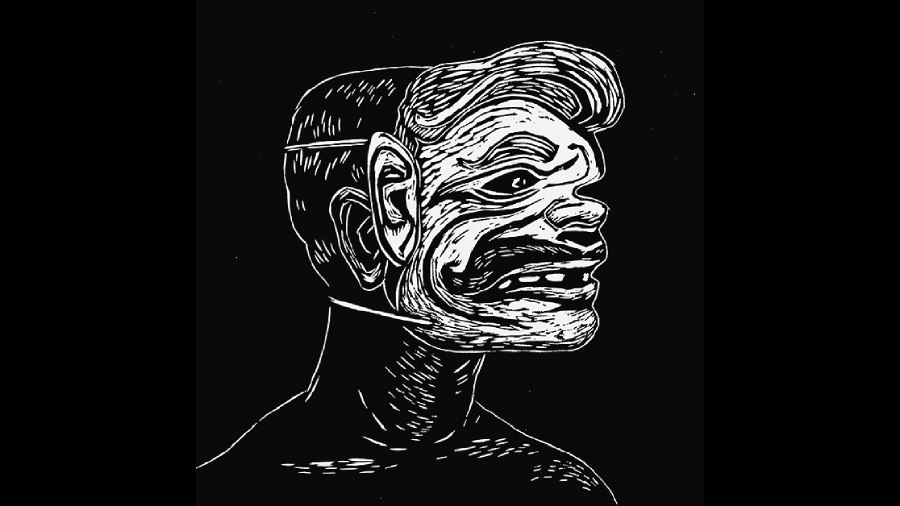 On May 1, 2021, Paula Sengupta — artist, academic, curator — sent out an appeal via social media and email to the art fraternity, asking it to respond to the cataclysmic situation triggered by the pandemic and 120 persons replied: 34 students, 17 art educators and 73 artists. Twelve participants were foreigners. The chosen medium was printmaking “the most democratic of all art-making processes”, using Zainul Abedin, Qamrul Hasan, Chittaprosad and Somnath Hore as “points of reference”. These three had chosen this “medium for the masses”, “to depict the wounds of Hungry Bengal”.

The participants were given six weeks to start with, but owing to the lockdown being repeatedly extended, artists faced hurdles in procuring materials to make work and couriering them. Many were at home in remote locations during the lockdown, but were keen to participate. So, the deadline was extended three times. Officially, virtual submissions were closed on July 15. But physical submissions were received up to the time the website was launched in November and after. The physical exhibition, Living A Dark Night, is now ready. It will be launched at India Art Fair 2022 in April. It is supporting the project undertaken in collaboration with the Kala Chaupal Trust.

An artwork by Heena Pari
'The Living a Dark Night' Project

Certain thematic concerns emerged from the submissions. Sengupta curated the exhibition into sections accordingly. The sections are: The Onslaught, Death & Succour, Locked and Down, The Exodus, The Domestic Space, Anguish & Anxiety, The Healer, tracing the arc of our agony that ends with the realization that nature continues to flourish, indifferent to our sufferings just as we are to its. Through their works, the artists let out a collective, silent wail of despair and torment that had a cathartic effect. Towards the end, some of them drew hope from the regeneration of nature. Many participants were inspired by images and text that have already appeared in news and social, so their images appeared familiar.

However, there were some who stood out by virtue of the fresh ideas they brought to their works in stark black and white that reflected the keenness of their agony. Purabi Jana zeroed in on our lifeline. Sagnik Samanta elevates suffering to a universal tragedy with its protagonists shrouded in black. Hands flutter helplessly as another life is lost in Rachel Quinn’s composition. She, like many participants, made well conceived use of negative space. Mohit Mahato and Neeraj Singh Kandka confront viewers with the eeriness of death, while Avni Bansal articulates how the elimination of personal details can be a reductive measure. Fire sustains and eliminates the last vestiges of human life in Siddhartha S.N.’s minimalist composition. The horror of the “new normal” is embodied in Spriha Maurya’s masked woman holding a sparrow. Karagowni Nageshbabu Reddy realizes the shape of water through his precision drawing. His work is a typical example of tangential human imagination. The relativity of times comes across clearly in Archana Hande’s work based on the year calendar. The iconic image of the worn out chappal turns into an astral body in Jayant Sharma’s mellow image. Heena Pari’s wishful thinking takes the shape of a kitchen utensil. Soura Chatterjee gives the pandemic a grotesque face (picture, left). Jimin Lee, R.S. Sham Sunder, Kavita Shah, Paula Sengupta, Farzana Rahman Bobby and Helen Frederick remind us of death’s poetry.