Shakespeare plays and a winning combination 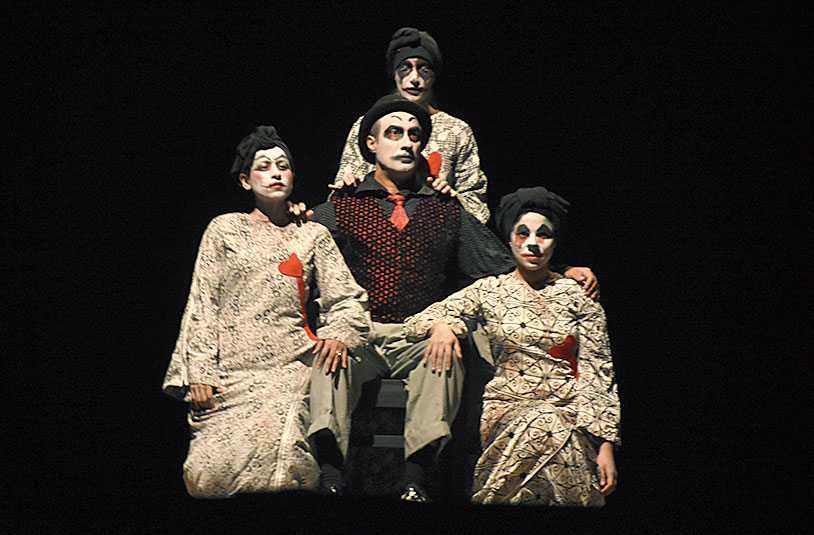 Shakespearean tragedies. Two back-to-back power-packed performances. And two plays that were dark but leavened with a touch of humour and satire. Hamlet The Clown Prince and MacBeth: What Is Done, Is Done directed by Rajat Kapoor, presented by Goonjan, in association with t2, touched on modern-day topics, political and otherwise, that made the audience at Kala Mandir put on their thinking caps.

Kapoor’s modern retelling of Macbeth and Hamlet starred names who straddle the world of theatre and cinema with ease — Vinay Pathak, Ranvir Shorey, Jim Sarbh, Tillotama Shome and Neil Bhoopalam, among others.

Hamlet The Clown Prince is a cleverly written play, that even has passing mentions of political personalities, referred to as Donald Duck and Yogi Bear. Neil Bhoopalam has the best moments in the play, effortlessly slipping in and out of character as Fido, King Claudius and the ghost of Hamlet’s father. From his body language to his dialogue delivery, it’s Neil who stole the spotlight.

MacBeth: What Is Done, Is Done is about greed, ambition and guilt. The play draws you into the world of Macbeth or Macky B, played to perfection by Ranvir Shorey. Macky B is a brave soldier and a loyal friend who meets the three weird sisters (Mansi Multani, Tilottama and Sheena Khalid) on the day of civil war, which changes his life forever.