Benode Behari: colour in the darkness

His blindness notwithstanding, he had an amazing feeling for space; he could subject to critical analysis the compositions of other artists and students 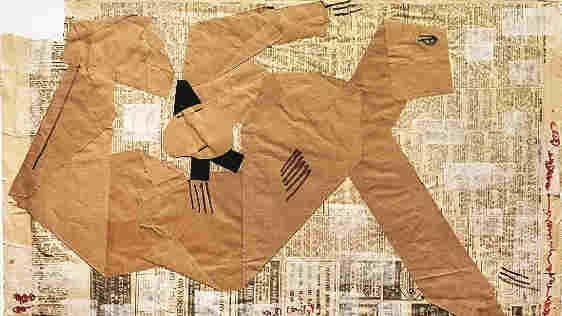 Benode Behari Mukherjee (1904-1980), in his fictionalized memoir, Chitrakar, published in February 1979, described how he became blind as a consequence of a botched-up surgery in Delhi in 1957. “Since then it’s been almost 20 years that I haven’t seen light. I also haven’t made those paintings I did by dabbing various colours on white paper. Today I am an emissary of darkness in a world of light...”

Benode Behari was one of those great artist-pedagogues based in Santiniketan who played a seminal role in giving shape to modernity in Indian art. Back in Santiniketan after several years of sojourning and teaching elsewhere, when he had completely lost his vision, Benode Behari woke up to the possibilities of using his fingers to fashion toys with malleable substances like wax when his servant, Shyam, brought to his master’s notice the playthings he made with his own hands. “Gradually, the wax began to bear the impress of my wishes,” Benode Behari wrote in his account.

His blindness notwithstanding, Benode Behari had an amazing feeling for space; he could subject to critical analysis the compositions of other artists and students with remarkable precision. This insight he gained through his sense of touch that allowed the artist to make drawings with a few strokes of a felt pen (like Picasso’s ‘light drawings’ in reverse) and create a large mural with ceramic tiles, sculptures using ductile substances and collages with coloured paper by cutting out forms often touched with humour. These rarely-seen paper-cuts were displayed by Vadehra Art Gallery in the online exhibition, In Hindsight: Collages by Benode Behari Mukherjee (October 7-16, 2020). 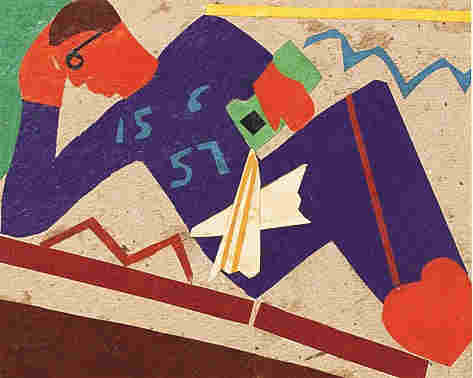 Benode Behari had a mind of his own; instead of raising the flag of nationalism and harking back to history and myths like many contemporaries, he sought inspiration in the world he observed around him. The harsh environs of Santiniketan, with its red laterite soil, and the undulating ravines of the Khoai, its stark beauty and the human and wildlife that thrived therein, acted as spurs to his creativity.

Benode Behari’s close relationship with modernist idioms and specifically the grand final cut-out decorations of Matisse is quite evident from his post-blindness paper cuts. He was reclusive from his student days, perhaps because of the congenital problems with his eyes. Where a lesser mortal would have given up in despair when, at the height of his powers, he became completely blind, Benode Behari had the courage to channel his creativity through his hands and haptic perception that almost acted as a substitute for his eyes. He used paper available in the market in bright and bold colours and newspaper as well to experiment in playful arrangements of animated and rhythmic forms charged with kinetic energy. These were figurative, but close to abstraction too, as forms were pared down to their basics. In their simplicity and bold arrangements they were akin to Nandalal’s Sahaj Path linocuts. He made a layout on paper and then ‘sculpted’ the coloured sheets, as it were, guided by his tactile sense. Immersed in a world of darkness though he was, quite paradoxically his creativity suddenly found expression in a burst of colour. Benode Behari had once written, on the verge of despair: “... where there is light there is colour.” Through innovation, the artist proved otherwise.