There were 17 performances; the acts were mostly short length, not exceeding 10 minutes, with no subtitles or little idea about the subject matter, 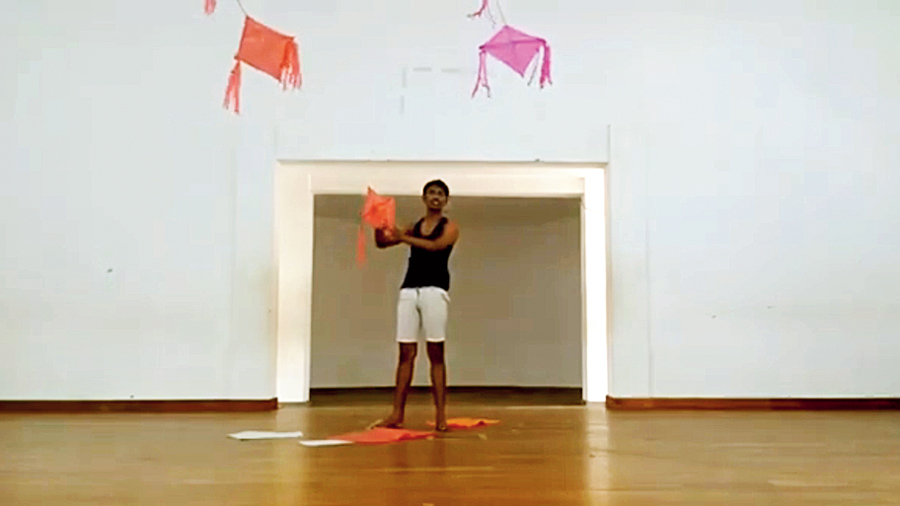 Rukshitha Lakshan Bandaragodage of Malabe Model Boys’ School performs a piece as part of the final round of the Children’s Monodrama Festival hosted by Colombo’s Theatre TV.
Anshuman Bhowmick
Anshuman Bhowmick   |   Published 29.08.20, 12:03 AM

The pandemic may have closed theatre venues, and the present situation may not seem at all promising, but theatre practitioners all over the world have engaged with digital platforms with such a ferocious appetite that new avenues of appreciating theatre have started evolving. We are, of course, not talking of the digital diarrhoea that continues to call the shots. But with more and more striving to make the most of the opportunity, the world of theatre is coming closer — much closer than it was. Last month, Colombo’s Theatre TV hosted the final round of the Children’s Monodrama Festival (July 21-24). Publicized as ‘Sri Lanka’s first Online Theatre Festival’, this was made available on YouTube and one of the organizers was kind enough to send this reviewer a link to experience what, otherwise, would not have been possible in physical form.

There were 17 performances. The acts were mostly short length, not exceeding 10 minutes. With no subtitles or little idea about the subject matter, the going was a tad difficult to start with. As most performed before a fixed camera and sent the entries beforehand, the sense of immediacy was missing. Cameras were operated with varying degrees of precision. The performers who had little experience of facing the movie camera could not always communicate with the unresponsive gadget. Yet, watching the performances from a south Calcutta drawing room over another smart device, one could feel the pulse of a happening theatre culture, at least the urban parts of Sri Lanka.

Anudi Imasha, a teenager representing Seethawaka National College, sported an army outfit complete with a rifle as she played multiple parts before a white wall. It was a cleverly devised move and she showed commendable finesse in enacting several soldiers. Rathnapura Elapatha Maha Vidyalaya’s Anjana Praveen Munasinghe managed to simulate a workstation space, but his enactment of a writer coming out of a block was not convincing. Nivaththacheethiya Maha Vidyalaya’s Prabarshwari Manula Wikrama played out a leisurely conversation between two friends by constantly changing seats and directions. The drama was lost between the shifts. Sachindu Kavinda of Nalcada College Colombo — a brilliant storyteller — used the ornate drawing room of his apartment to maximum effect as a scene between a boss and his subordinate played out. Dismi Yashodara Senadhirathna of Anula Vidyalaya Nugegoda and R-Gankanda Central College’s Dilanka H. Wimaladarma — both smart teenagers — spoke too directly to the camera to make an impact. Sajan Nanayakkara of Mahanama College Colombo is a genuine talent. Holding a violin passionately, he articulated his angst so genuinely that we sat fixed to the screen. One wishes he played the instrument as well.

Some efforts failed because they tried to replicate the rituals of an onstage performance within an indoor setting. Some tried too many things. St Paul’s Girls’ School Milagirya’s Irapaya Nagenahiru Koralage, otherwise a competent actress, almost lost it but her way with words saved the lesson in computer science. Curiously enough, the best performance came from the one trying the exclusively non-verbal means. Rukshitha Lakshan Bandaragodage of Malabe Model Boys’ School tried to utilize mime and basic stage props to communicate far better (picture). Aided by a ready wooden stage setting with a light bar operated by someone else, the manner in which he portrayed a boy’s world full of kites demonstrated the power of theatre at its eloquent best, even in silence.