Conceived and curated by Paramita Saha, the dance performance had the climate crisis and social justice at its heart and contested mindless consumerism 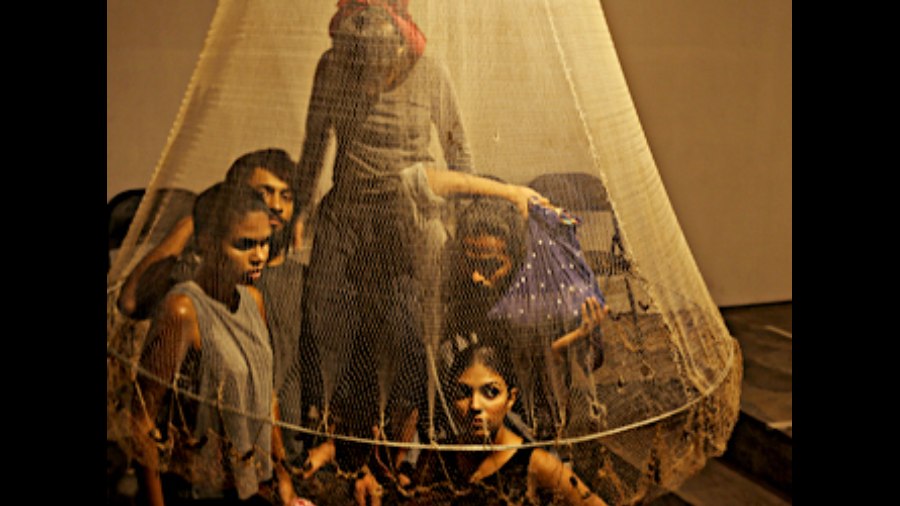 A pyramid of light circumscribed by a net cone lit a hazy tangle of bodies lying in a pit. When the bodies began to stir — imperceptibly at first and then more insistently — the performers emerged from the pile and advanced across the stage, drawing one into their hypnotic movement patterns. The dance was stark and bare, heaving with immersive poetry. Detritus, presented at Experimenter Gallery recently on the crowd-funded At The Still Point platform, was not a study in movement — it was a movement, powerful and portentous. Conceived and curated by Paramita Saha, it had the climate crisis and social justice at its heart and contested mindless consumerism.

Visions of the choreogra - phers, Surjit Nongmeikapam and Prashant More, and the dramaturge, Diya Naidu, converged to make the work quite anti-spectacularly raw and dynamic. A process-driven production in which the dancers, Amitabh Srivastava, Pintu Das, Sangram Mukhopadhyay, Ujjayee Banerjee, Srestha Das Choudhury and Madhyama Halder, have devised their movements, it had a rare, bruising beauty that was heightened by Karshni Nair’s brooding music.