Spic Macay, in association with the Indian Institute of Science Education and Research, Pune, provided music lovers with a chance to cherish Indian classical music 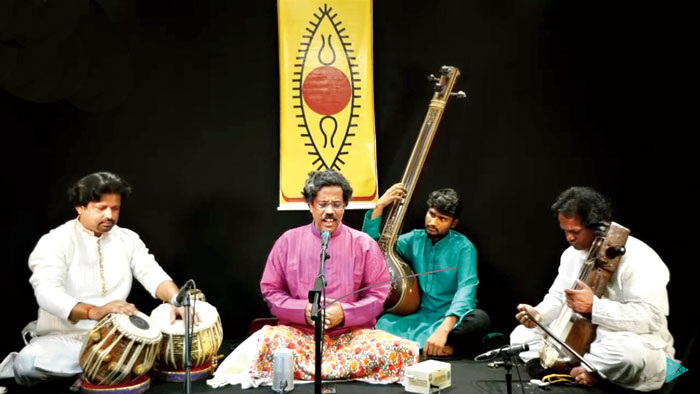 The melody of Indian classical music continued to cast its spell in spite of the threats posed by the pandemic. Spic Macay’s endeavour earlier this month in association with the Indian Institute of Science Education and Research, Pune, provided music lovers with a chance to cherish a performance by the vocalist, Wasim Ahmed Khan, who has inherited the repertoire of the Agra gharana, one of the most prominent schools of Indian classical music. The Agra gharana is unique in every aspect, but especially in its vocal recitals.

Khan’s voice was generous and the perfect amalgamation of melody and power. He commenced his performance with Raga Poorvi with the nom tom alaap as is traditional for his gharana, and continued with a vilambit kheyal in ektaal. Khan captured the mood of the evening raga with the proper flow of the alaap and with increasing speed and rotation. The movement of the keynotes in three octaves, especially in the lower one in the vilambit kheyal was beautifully rendered and the artist was spontaneous with a variety of taans. He also sang an arresting drut kheyal in teentaal which created a soulful resonance with the tabla accompaniment by Bhibash Sanghai. Khan concluded with Raga Megh Malhar, assisted by Sarwar Hussain on the sarengi.

Sur Sangam presented its annual programme with utmost care, emphasising the performances of young students and artists. The concert started with a well-organized instrumental ensemble composed by Alok Lahiri and presented by his students. It was enchanting as it flowed uniquely, retaining the flavours of different ragas. This was followed by a group vocal recital by young students under the supervision of the vocalist and teacher of the academy, Somdatta Chatterjee; the enjoyable presentation was based on Raga Yaman. Aryama Chakraborty, a promising artist, presented a sarod recital on Raga Bhimpalasi with Arpan Bhattacharjee on the tabla. The performance was appreciated by the audience. 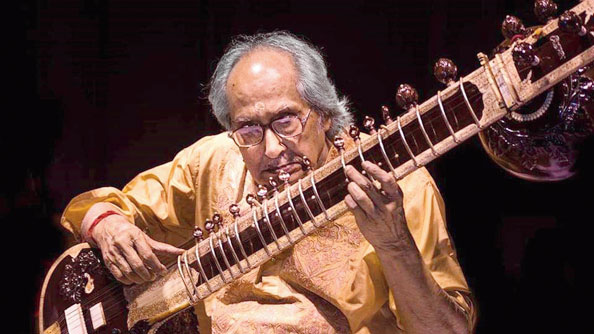 Mita Nag, a sincere follower of the Bishnupur gharana, presented a captivating rendition of Raga Maru Bihag. Her take on Maru Bihag was slightly different from the usual, making her recital exceptional. Concluding the concert was a solo tabla recital by ace percussionist, Parimal Chakrabarty, who soulfully presented teentaal along with Hiranmoy Mitra, who supported Chakrabarty perfectly on the harmonium.

Yatrapath Cultural Society, in association with India in Australia (Consulate General of India, Perth), celebrated Guru Purnima using the digital thread connecting the world and spreading the charm of Indian classical music across the globe. The programme was dedicated to the sitarist, Shyamal Chattopadhyay (picture, right), featuring his own rendition with Bikram Ghosh on the tabla. Among his disciples, the sitarist, Sushanta Chowdhury (Singapore), presented Yaman and Suman Laha performed Raga Shree on the classical guitar, creating a melodious ambiance. A brief sitar recital by Kabita Ghosh was followed by Abhirup Ghosh’s rendition of Raga Kalingra, a combination of both vocal and sitar recital. The programme concluded with a sitar recital by Alakesh Chandra (Austria) of Raga Chandrakosh. The concert was compèred by Meghna Nandy.