Message in music: Songs that make mind go on an overdrive

Call them whatever you want — messengers of freedom, liberation, protest or change — here are some songs that are a part of The Telegraph playlist 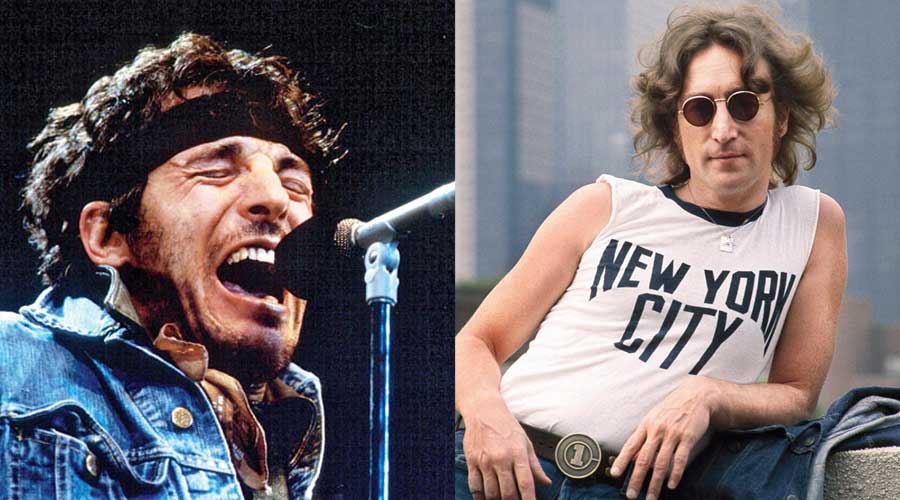 Kashmiri emcee-rapper MC Kash has been a voice of dissent for long, making it to public view at large with I Protest in 2010, which was inspired by the unrest and human rights abuses in Kashmir. He is a prolific writer, who easily captures the sounds of his state. Not a person who dilutes his thoughts in his music, MC Kash has been going strong with tracks like Like A Sufi (with Alif), War Path and Everyday Hustle. 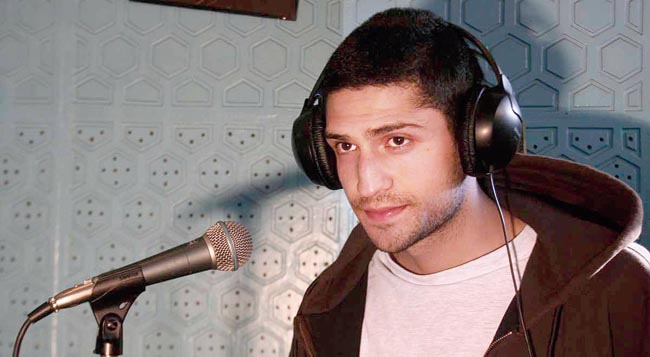 Maya Arulpragasam is the daughter of a Sri Lankan Tamil activist who packed Paper Planes with dissonant tones: Everyone’s a winner, we’re making our fame/ Bona fide hustler making my name. It’s a super-charged song about the struggles of immigrants and refugees. 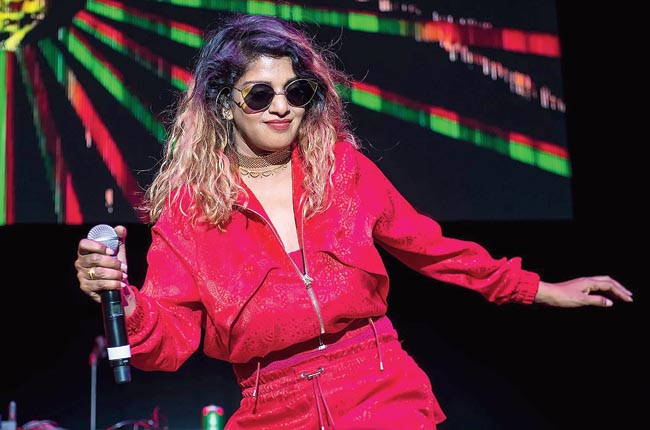 There’s something called freedom of musical boundaries. Allen Ginsberg came across bauls (and was especially moved by Nabani Das Baul) while living in India sometime in the early to mid 1960s. On returning to the States, he spoke about the bauls to Bob Dylan’s longtime manager Albert Grossman and wife Sally. Soon after, Albert and Sally arrived in India and heard baul musicians Purna Das and his brother Luxman in their hotel room. Before they knew it, the brothers and their entourage were in America and Dylan often visited a studio at Woodstock where all of them would hang out. Listen to the albums Bauls Of Bengal and Bengali Bauls... At Big Pink to appreciate a slice of music that’s liberating. 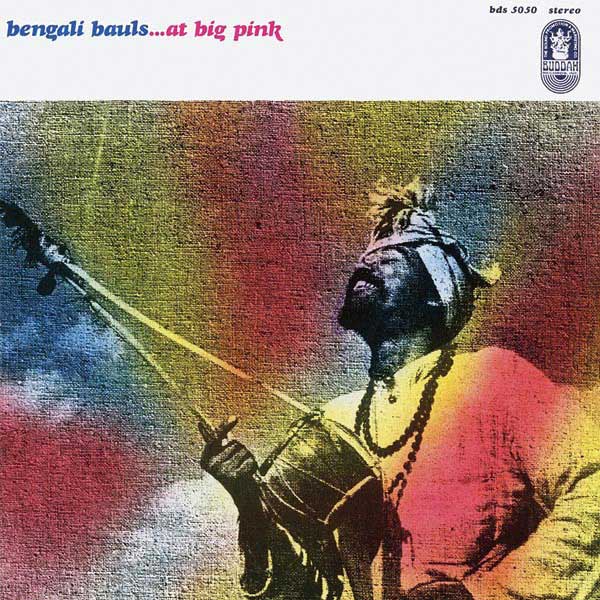 Imphal Talkies & The Howlers: Ode To The Loktak

Though one of the most talked-about Imphal Talkies songs is Qutub Minar about “a guy who takes away the Qutub Minar from Delhi and moves it to Manipur and the song is a journey about the experiences” but equally important is Ode To The Loktak from the album When The Home Is Burning, which has at its heart protest, resistance and — indirectly — hope. Loktak uses the cheerfulness of children to drive home a deeper message. 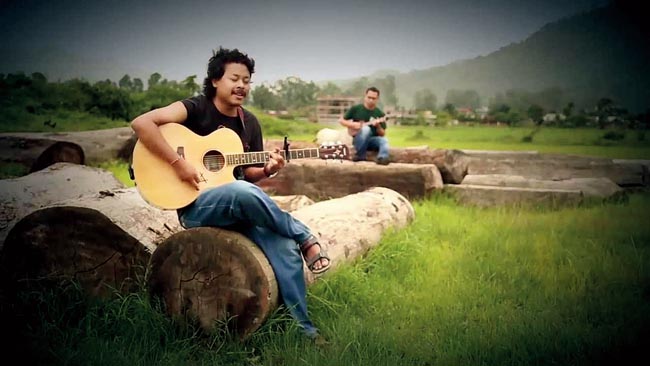 Bruce Springsteen: Born In The USA

Politicians have mostly misunderstood the message of this classic song from Bruce Springsteen’s seventh studio album. In a way inspired by Ron Kovic’s 1976 autobiography Born on the Fourth of July, which documents a patriotic young man who volunteers for the Vietnam War but returns home paralysed, but American Presidents, from Ronald Reagan to Donald Trump, didn’t get the message right. In a 2016 interview with the Rolling Stone, Springsteen, in fact, said: “The republic is under siege by a moron (Trump), basically.”

After almost every violent tragedy since 1971, the world has turned to Imagine for solace. Be it at the closing ceremony of the 1996 Summer Olympics in remembrance of Centennial Olympic Park bombing, an aid concert for the Indian Ocean tsunami in 2004, a Coldplay concert soon after the terrorist attacks in Paris in 2015.... The words remain immortal: You may say I’m a dreamer/ But I’m not the only one/ I hope someday you’ll join us/ And the world will live as one. 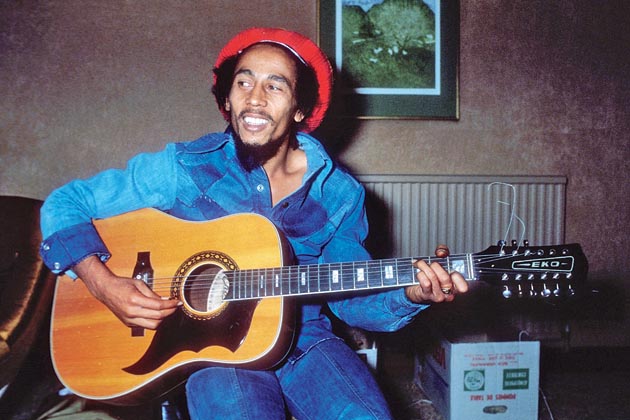 He voiced the plight of the Third World and he famously remarked “I don’t think of Third World. To me, I am of the First World.” The poignant acoustic ballad was featured on Marley’s final album, Uprising. In the song he pushes the listener to respond to the assassinations of Martin Luther King and Malcolm X: Won’t you help to sing/ These songs of freedom?... How long shall they kill our prophets/ While we stand aside and look? Listen to the Johnny Cash-Joe Strummer version for a different sonic take.

Sex Pistols: Anarchy In The UK

In a fantastic interview with The New York Times in 2018, John Lydon — once known as Johnny Rotten, the lead singer of the British band the Sex Pistols — said something memorable: “This is the first lesson I learned in music: Don’t trust adults. They’ll steal everything off you.” The song Anarchy In The UK needs to be listened with God Save the Queen, both off the album Never Mind the Bollocks, Here’s the Sex Pistols. While Anarchy is about “musical anarchy”, the other song is an attack on the system at a time when the country was staggering on while the youth were dissatisfied. 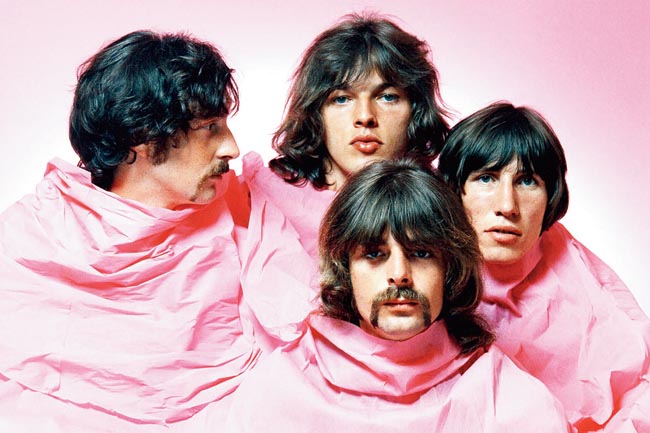 Pink Floyd: Another Brick In The Wall (Part 2)

Present-day parents who were born in the 1970s crank up the volume while driving their kids to school, especially during that part of the track: Hey! Teacher! Leave them kids alone! Ironic? The song was inspired by Roger Waters’ miserable experience with the British educational system as a child in the 1950s. “Some of the teachers there were locked into the idea that young boys needed to be controlled with sarcasm and the exercising of brute force to subjugate us to their will,” he told The Wall Street Journal in 2015. However you look at it, the song plays in our heads from time to time. Does it evoke a feeling of liberation? Or are we made to feel that things haven’t really changed much? 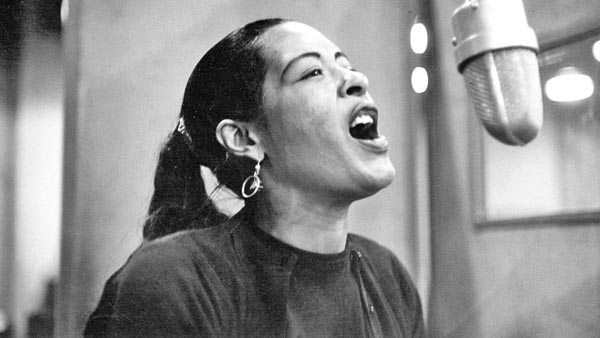 Based on a poem written by Abel Meeropol and published in the New York teachers’ union magazine in 1937, Billie Holiday sang the song for the first time at Cafe Society in Greenwich Village. The song’s an out-and-out indictment of racism in the American South. And though she was aware that there could be a backlash from labels, she sang with an unwavering voice. 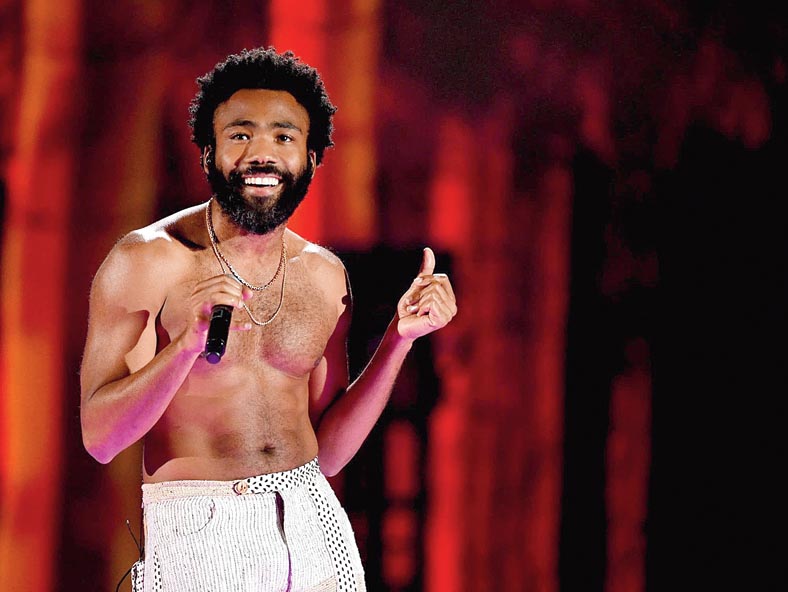 Childish Gambino: This is America

The grimness of being black in America is captured in the song and more so in the video accompanying it. The action unfolds in a warehouse with a choir singing “We just wanna party” and then a bare-chested Donald Glover (Childish Gambino) pulls a gun from his waistband and shoots a man with a bag-covered head. At once, the music changes with Glover shouting: “This is America”. The message is chilling. 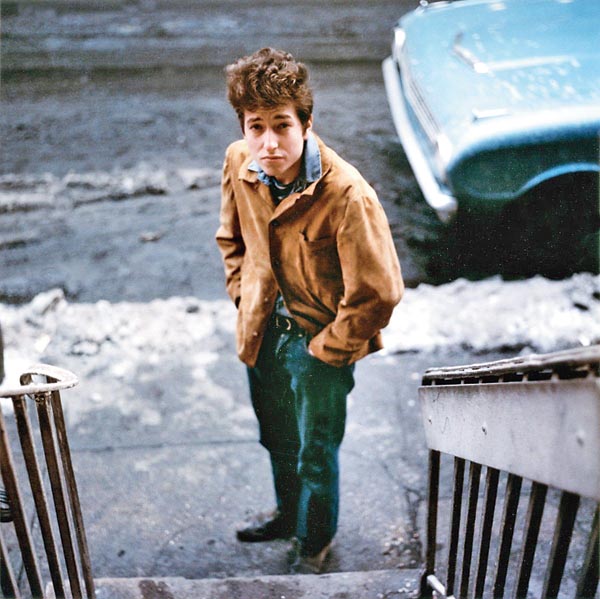 Bob Dylan: Blowin’ In The Wind

Bob Dylan must have sung this more than a 1,000 times but at one point he became weary of performing it and didn’t include the song on his live playlists, except for his August 1971 performance as part of Concert For Bangladesh. The melody for this song is somewhat based on the African-American gospel song No More Auction Block but the lyrics are completely his own. Dylan may have heard the tune from Delores Dixon. Anyway, nobody can refrain from singing: How many times can a man turn his head/ And pretend that he just doesn’t see?

Otis Redding wrote it and sang it as a man’s demand for recognition from his wife but Aretha Franklin made it an anthem for the feminist movement.  She made some subtle but important changes. Redding wrote: “Do me wrong, honey, if you wanna / You can do me wrong, honey, while I’m gone.” She made it: “I ain’t gonna do you wrong while you’re gone / Ain’t gonna do you wrong ‘cause I don’t wanna.” And, of course, she gave the song its signature: R-E-S-P-E-C-T / Find out what it means to me. 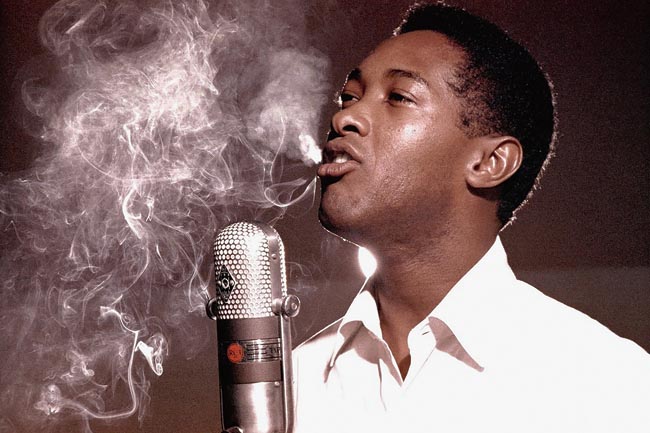 Sam Cooke: This Little Light of Mine

Difficult to pinpoint the origin of the song, one of the early recordings of the gospel number was done by folklorists John and Alan Lomax in 1934. By the 1950s, it became a song for the civil rights movement, unifying people. Rutha Mae Harris, a member of the Freedom Singers, has said, “Music was an anchor. It kept us from being afraid. You start singing a song, and somehow, those billy clubs would not hit you. It played a very important role in the movement.” One of the notable versions of the song is by Sam Cooke, who performed it in his 1964 concert at New York City’s Copacabana night club, which was released as the live album Sam Cooke at the Copa. Of course, the other song of his that you must listen to is A Change is Gonna Come. 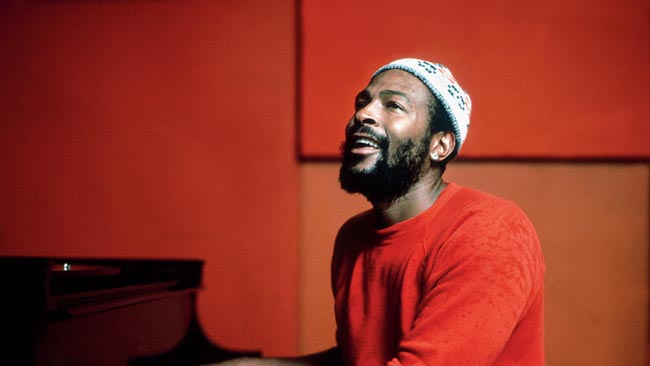 It’s the song that provided the soul of one of the most socially-conscious album of all-time. Obie Benson of the Motown group The Four Tops witnessed police attacking anti-Vietnam War protestors and narrated the incident to Al Cleveland, who wrote the song and offered it to The Four Tops. It was turned down, only to be picked up by Marvin Gaye. 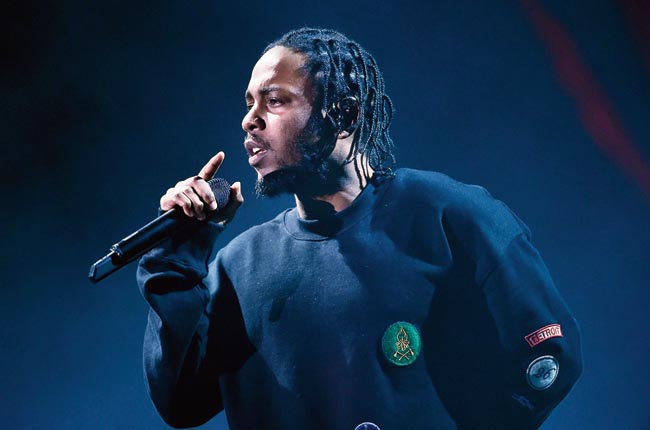 To Pimp a Butterfly is a masterpiece of an album that captures unfiltered rage while the song Alright became an anthem for Black Lives Matter. “Simple phrase: We gon’ be alright. It’s a chant of hope and feeling. I credit that to Pharrell, for being able to present an arrangement and to inspire me to do a record like that. Immediately, I knew the potential,” Kendrick Lamar has told The New York Times. 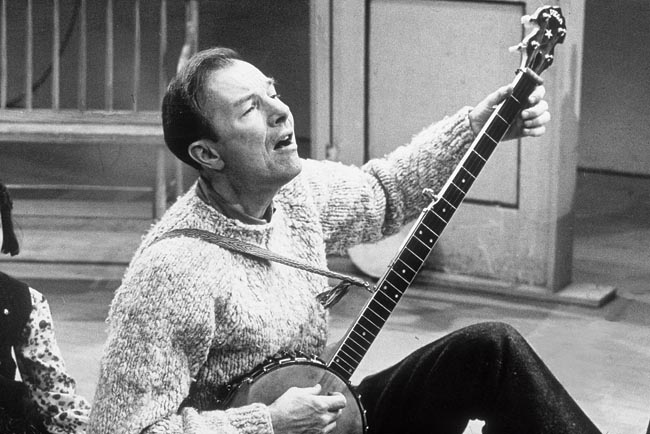 Pete Seeger: We Shall Overcome

Pete Seeger adapted We Shall Overcome from old spirituals and it ultimately became the unofficial civil rights anthem. The song had its roots in the antebellum period, when slaves sang No More Auction Block and by the late 19th century, black churchgoers embraced I’ll Be All Right, a song with similar rhythm and melody to We Shall Overcome. On September 2, 1957, Martin Luther King, Jr. visited Highlander Folk School in Tennessee where Seeger went up on stage to perform the song. Later that day, King told his companions while humming the tune in the car: “There’s something about that song that haunts you.” Listen to the Hindi translation, Hum Honge Kamyab, in Jaane Bhi Do Yaaro; it gave the satirical tone of the film a new dimension. 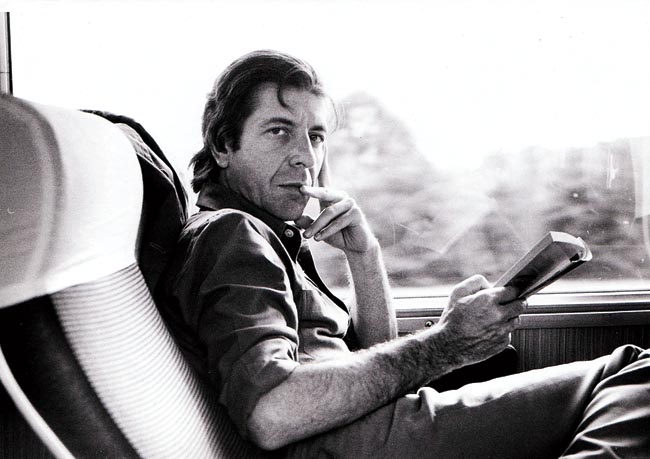 Leonard Cohen expresses a few facts of life directly on Everybody Knows — “the war is over”, “the good guys lost”, “the fight was fixed” and “the rich get rich”. The song about bitter realisations has also been well covered by Don Henley and Rufus Wainwright.