Industrial estates set up on vast tracts of land abandoned and nature reclaiming what was rightfully hers, this is the backdrop against which Prasanta Ghosh builds his art 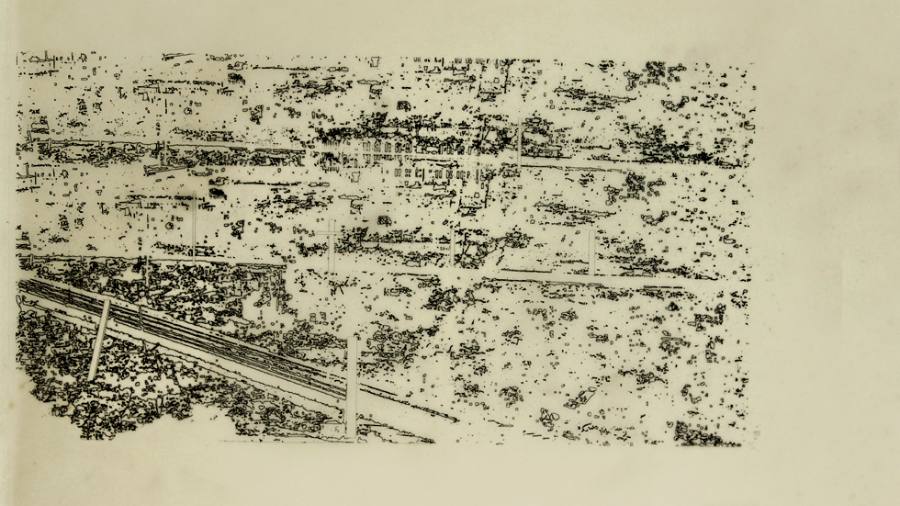 To rhyme with its geographical location and flag its impoverishment, some netizens have rechristened West Bengal, which has turned into a wasteland of industry. Bengal had begun to lose its political and economic clout soon after the capital of British India shifted from Calcutta to Delhi in 1911. However, the full impact of the move was felt only from the mid-1960s, when violent agitations rocked the state. This precipitated the flight of capital from a state which was well ahead of others on both economic and intellectual fronts.

After prolonged lockdowns and closures, mills and factories that once buzzed with activity became desolate and deserted. Industrial estates set up on vast tracts of land were abandoned and nature reclaimed what was rightfully her domain. This is the backdrop against which young Prasanta Ghosh had built up his “project” titled Green is calling back the Ancient lost Greenery, exhibited at Gandhara Art Gallery from March 26 to April 9. It comprised photographs, video installations and some fine pen-and-ink drawings, which, if one ignored the anti-capitalist rhetoric, were its mainstay.

Some artists like Prasanta Ghosh, who rave and rant against the capitalist world order, conveniently forget that by surrendering themselves to the gallery system they themselves collude with this entirely commercial scheme. However, where this “project” was concerned, Ghosh had something personal at stake.

For his “project” focused on the former Hind Motor colony at Uttarpara in Hooghly district where Ghosh grew up. The automobile manufacturing company came up there soon after Independence and it was synonymous with the Ambassador car, which, for aeons, hogged the roads of India and was identified with the political class. The situation became tense in the factory from the 1990s onwards, leading to rallies and protests. Finally, production stopped as the car was no longer in demand and the factory closed down in 2014, with disastrous consequences. Thousands of workers lost their jobs and they were out on the streets. Like nature, they had been betrayed.

Ghosh has witnessed their distress firsthand, and he has gone back repeatedly to the abandoned Hind Motors colony and used a camera to document how, over a period of time, “green” or nature has appropriated this man-made habitat with its own water body. But sinister designs are afoot, and land sharks have already started housing projects on these pieces of real estate turning “green” into grey. Keeping this in mind, Ghosh has produced four sets of work, three of which are archival prints of photographs he had taken in these “green” grounds introducing fictitious characters — a man wearing an ibex mask; two men representing workers, their heads tied with pieces of cloth (Ghosh collaborated with Subha Malik); and in the third he represented the unheard voices of nature, workers and of the citizens who needed to ventilate their feelings.

The fourth and the most significant of all of Ghosh’s works is a set of 21 sensitive pen and ink “scattered ruin drawings” on tracing paper (picture). Here Ghosh imagines how the entire landscape will change, thanks to “development”, and how the helpless working class will be elbowed out of it. If one scrutinizes these drawings they come alive as one notices the fine details. It is like zooming in on a certain site in Google maps. Quite a revelation really