We got inboxed by our culture vulture abroad. She found dead bodies on show 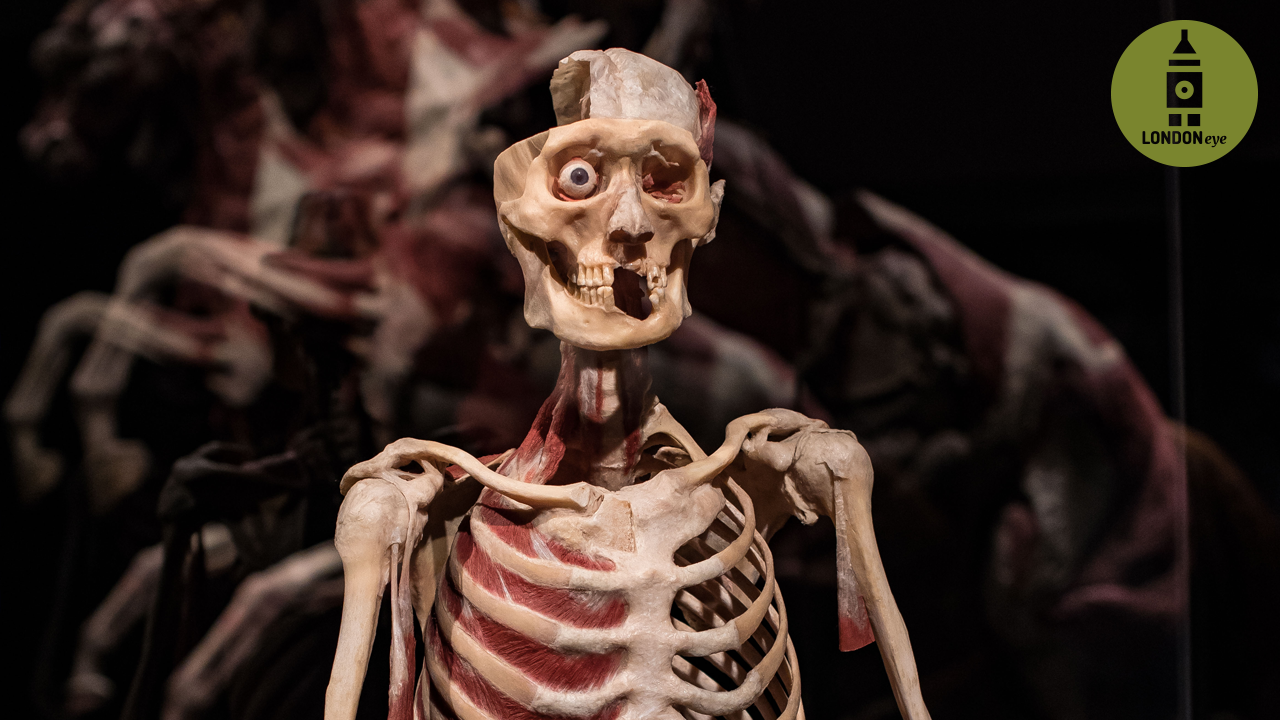 The most interesting aspect of the show are the learnings about happiness – our brain wants us to do things that make us happy again and again, making it a constant pursuit rather than a state of mind. Also, data suggests that non-parents are happier than parents and the poor sleep-deprived couples tend to only latch on the happy memories created with their children. Our system truly is genius if it can make us forget all the four am feedings.

The exhibition ends with a wall where people scribble their answers to the question: what would you like to do before you die? One says, ‘Eat a watermelon.’ Perhaps the answer to happiness lies in simple quests after all.

For the journey under the skin, you start on the top floor where you get your audio guide. Real human bodies are preserved by a painstaking process called plastination. The result is that you can see what helps a body stay upright, play a board game, a sport or a musical instrument. A plastinated couple engaged in acrobatic sex is oddly compelling.

It’s not comfortable to look into the blue-green eyes of a corpse standing up or two bodies having sex mid-air. Or the insides of a horse, for that matter.

And you still can’t take your eyes off the display at the exhibition Body Worlds. Spread over three floors in a hall that used to house Ripley’s Believe It or Not, Body Worlds puts internal organs on full display. The touring show, which has been to 130 countries not including India, has now found a permanent home in Piccadilly Circus, London.

In one of the more interesting interactive elements of this exhibition, you can check your blood pressure. You can also see what a smoker’s heart and lungs or a fatty liver look like. If that isn’t enough for you to swear off the boozy binges, we don’t know what will.

Think again. It is startling to see our insides in such a vivid display, but it highlights the miracle of the complex human body. It also asks the questions that typically consume us - about the pursuit of happiness, whether you can die, literally, of a broken heart and if having children actually makes people happy? It also heightens a sense of what the body goes through as it battles the constant assault and toxicity of city life. And you emerge convinced that it’s a miracle you’ll still healthy and alive.

About 47 million people have reacted to versions of this exhibition in interesting ways. They said it made them feel “deep reverence” for the body and think about issues of life and death. It is ironic that we can perhaps fully appreciate life only when we contemplate death.

Body Worlds definitely makes you think about the anatomical beauty of our bodies. That is precisely what the creator of the exhibition, German anatomist Gunther Von Hagens, was aiming for. Known for his trademark fedora hat, he first became famous in the UK when he performed a live autopsy on Channel 4 in 2002. Over 1.4 million viewers watched him dissect a 72-year-old male corpse. This led to an exhibition of bodies in Brick Lane in east London which drew in curious crowds. About 17,000 donors have signed up for their body to be plastinated. You can too if the mood suits you.