Emami Art’s exhibition pays homage to his incredible body of work and how he expertly combined his education from the Government College of Art & Craft, Calcutta 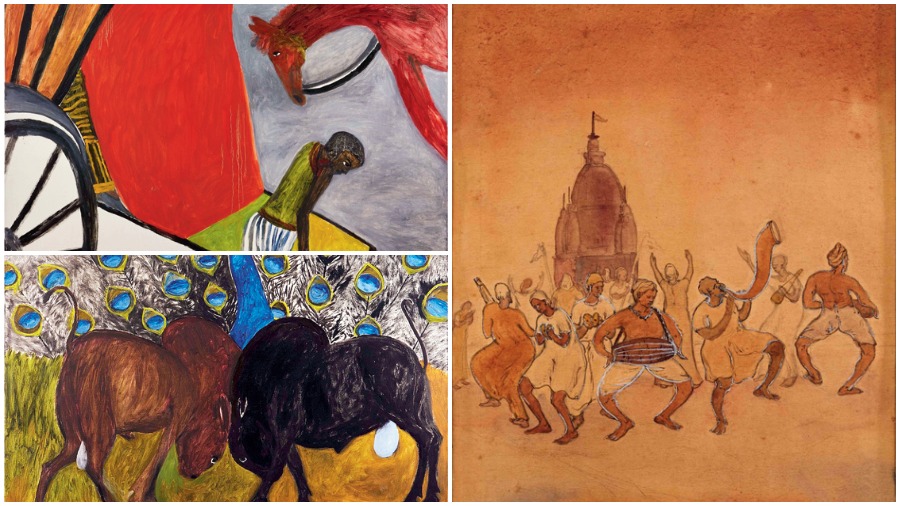 Perhaps most of our acquaintance with the genius of Kartick Chandra Pyne’s art begins with his famous Bird in a Cage painting that fetched a record price at Sotheby’s, New York in 2005. However, Pyne’s oeuvre spans beyond the well-known to encompass a practice that is an assimilation of both western and indigenous traditions, which make him the master that he was. Emami Art is paying homage to the artist with an exhibition titled The (in)Visible and the (un) Revealed: Inside the Secret Worlds of Kartick Chandra Pyne. The exhibition can be viewed at www.emamiart.com till June 12.

Pyne was starting out at a time when the world was opening up to new practices in art and the painter learnt and incorporated all of it into his practice as his quest for the “perfect painting” continued. Take, for example, Pyne’s Moon Bath that was inspired both by an ordinary full moon night at his ancestral Thakur Bari, and French draughtsman Henri Matisse. Showcased at the Asian Artists Exhibition: Modern Asian Art at Fukuoka Art Museum, Japan in 1979, this painting captures Pyne’s range of inspirations and how he merged all of it into creating canvases that have their own language.

“My father is an artist, who was fully engrossed in his world of art. He worked almost daily until the end of his life, as long as he could hold the brush to paint. He lived in the state of endless dream, which often surfaced in his work. It was not the fame or official recognition of his work, which came late in his life, that interested him. What truly interested him was the viewers’ reaction to his paintings. It happened quite often, when I returned home from one of his exhibitions, he eagerly looked at me and asked ‘Did anyone talk about my painting? Did they understand what I wanted to say in my work?’ His lifelong sadhana (devotion) was to communicate his ideas to others through his paintings. He lived the life of an artist, doing only painting and nothing else. But he did it extremely well,” said Apan Pyne about his artist father. 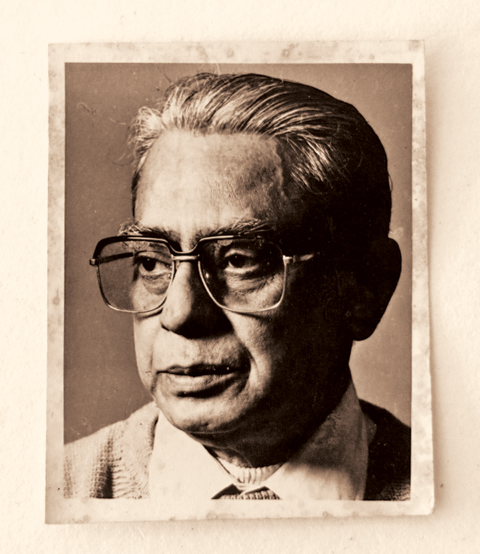 “I am very happy to announce that Emami Art is hosting a survey show of Kartick Chandra Pyne. He was one of the most significant modern Indian artists of the post-Independence era. Although not widely recognised, he was one of the few modernist painters whose work show a distinctive style and thematic approach, moving away from the academic training into an intimate, personal approach. We have done a vast research for some time and collected several interesting memorabilia to be showcased along with the artworks. I believe, this  survey show will facilitate viewers, scholars and art lovers to familiarise themselves with the significance of his creative oeuvre and lead to the rightful reassessment of his place in the history of modern and contemporary Indian art,” said Richa Agarwal, CEO, Emami Art.

Emami Art’s exhibition pays homage to Pyne’s incredible body of work and how he expertly combined his education from the Government College of Art & Craft, Calcutta and the western developments that were unfolding in the world around him.