John Tenniel’s adventures in Wonderland, Punch and beyond

A few facts about the satirist, from his keeping up with 'Jack the Ripper' to losing an eye 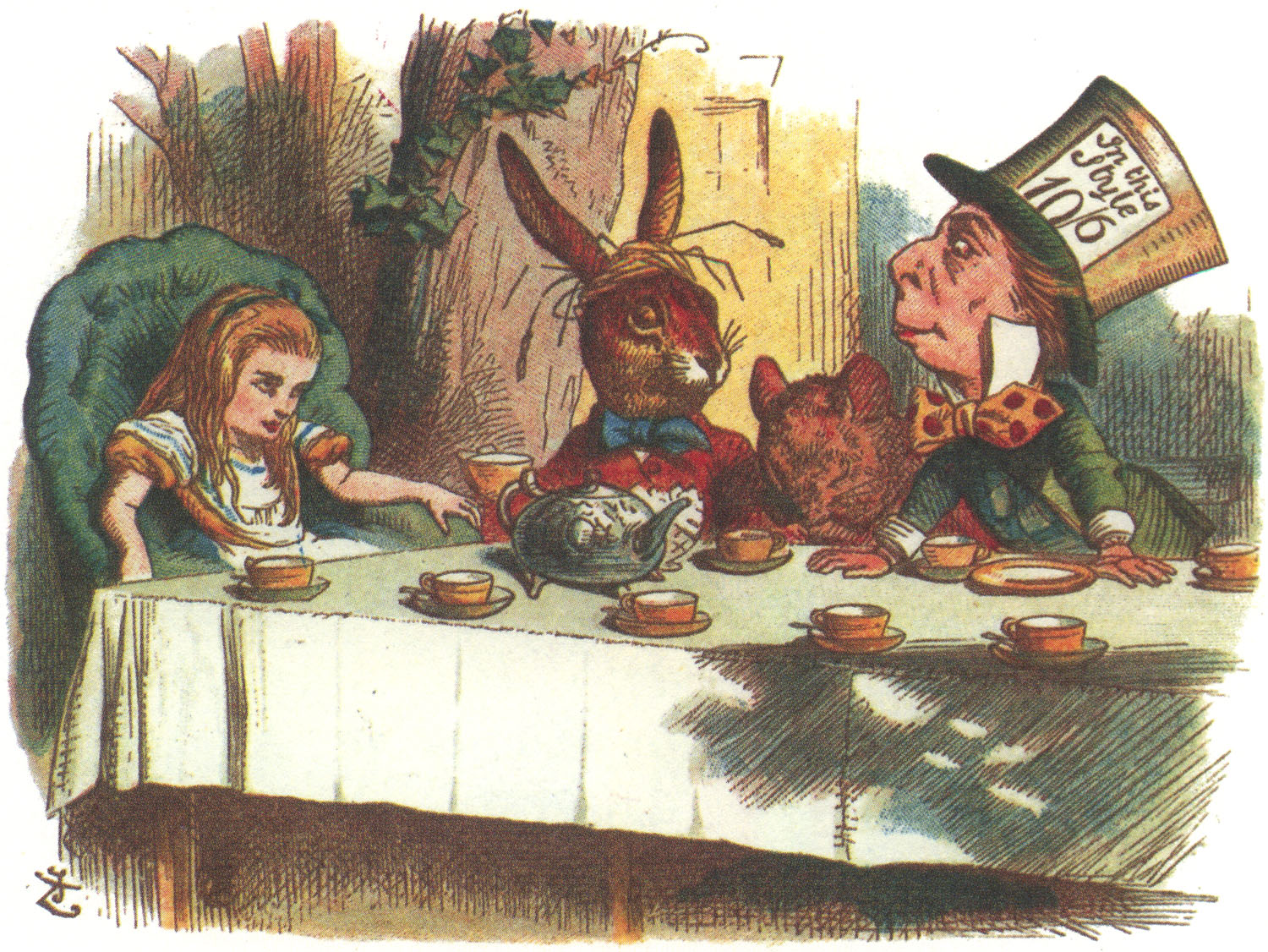 Best known today as the illustrator for Lewis Carroll’s Alice books, few know Sir John Tenniel as one of the Victorian era’s chief political cartoonists, who lampooned the police during the ‘Jack the Ripper’ murders. Fewer still, know that the artist worked with one eye for most of his life.

A self portrait by John Tenniel
Wikipedia

Here is a glimpse of the English graphic humorist and illustrator, whose love for high art and artful adaptations of everyday life succeeded in mythologizing the world for generations of art lovers.

Tenniel was blind in one eye, but he also had a photographic memory that saw him through.

While practicing fencing with his father in 1840, a dancer and a fencing instructor, Tenniel received a serious eye wound from his father’s rapier, which was missing its protective tip.

Although Tenniel gradually lost sight in his right eye, he never told his father of the severity of the wound, lest he disappoint his old man further. The partial loss of sight was no detriment, and Tenniel continued along his path as an artist, and eventually became a beacon in the late nineteenth century world of illustration.

Punch, also called The London Charivari, was a British magazine of humor and satire. The weekly, which was most influential in the mid-nineteenth century, also helped to coin the term ‘cartoon’ in its modern sense. The new title was an ironical reference to the self-aggrandizing posturing of the Westminster politicians.

The London magazine accepted some of Tenniel’s cartoons.

One in particular was his response to the papal aggression in the 1850s. It showed then prime minister Lord John Russell as David, his sword of truth attacking Cardinal Nicholas Wiseman, the Philistine “Goliath”, and commander of an army of Catholic bishops and archbishops. The caricature so upset Richard Doyle, designer of the famous Punch cover that was used for over a century, that he left the magazine. Tenniel was given his position.

An array of Push magazine cartoons by John Tenniel
Pinterest

At first, Tenniel was reluctant to take the position at Punch, arguing that he was more concerned with ‘high art’, or aesthetically pleasing works on literature, music, performing and visual arts. He also doubted his ability to produce humourous cartoons, and according to Spartacus Educational, had asked a friend “Do they suppose there is anything funny about me?”

New Crowns for Old Ones by John Tenniel
Pinterest/etsy.com

He replaced Doyle as a staff cartoonist in1850. Following this, he was offered his friend Leech’s position as a political cartoonist in 1861, but he continued to maintain a sense of decorum and restraint in the heated socio- political issues of the day.

Tenniel was a Tory, and his cartoons would often upset radicals on the staff. He denied being politically prejudiced, saying “If I have my own little politics, I keep them to myself, and profess only those of the paper.” Comforting and inspiring words for journalists of today.

Blind Man’s Buff was a famous work by Tenniel, and a mockery of the ineptitude of the Metropolitan Police, who seemed to be failing at the detection of crime. The illustration is one of several that he produced at the onset of what would be known as the famous Whitechapel Murders that took place between 1888 and 1891, where eleven women were gruesomely knifed to death in East London, according to the British Library.

The illustration accompanies an eerie poem, a fragment of which goes:

Lurking crime
Haunts from of old these dens of darksome slime.
There, where well-armed authority fears to tread,
Murder and outrage rear audacious head,
Unscanned, untracked.

The Nemesis of Neglect, by John Tenniel
Wikipedia

Five days after this illustration was published, London’s Central News Agency received a letter signed ‘Jack’, from someone claiming to be responsible for the horrific events, someone whose identity was never discovered, and who came to be known as ‘Jack the Ripper’.

The September 29th edition of Punch featured Tenniel’s famous Ripper cartoon The Nemesis of Neglect, showing the artist’s great skill as a draughtsman, or a technical artist. The third and final cartoon was called Whitechapel 1888, and was the only one of the three to refer specifically to the site of the murders. Three days later, the police received another “From Hell” letter.

Though Tenniel’s cartoons made him famous among his contemporaries, it was his illustrations for Lewis Carroll’s Alice’s Adventures in Wonderland that truly made him a household name, Illustrationhistory.org describes.

Humpty Dumpty from Through the Looking Glass, by John Tenniel
Wikipedia

The two were introduced to one another in 1864. After reading the manuscript, Tenniel had made forty two draft illustrations, out of which Carroll, a very particular person who took pride in his own artistic accomplishments, liked only one- the drawing of Humpty Dumpty. The fallout of Tenniel and Carroll’s conflicted relationship arose from their identical tendency towards perfection.

The Duchess and her baby in the chapter Pig and Pepper, from from The Nursery ‘Alice’
alice-in-wonderland.net

Tenniel never accepted another illustration work after Through the Looking Glass and What Alice Found There. He did, however continue working on cartoons at Punch. Tenniel went so far as to warn Harry Furniss, who would work with Carroll on Sylvie and Bruno. Susan E. Meyer, in A Treasury of the Great Children’s Book Illustrators quotes Tenniel as saying “(Lewis Carroll) is impossible...I’ll give you a week, old chap; you will never put up with that fellow a day longer.”

The Queen of Hearts and Alice, from The Nursery ‘Alice’
alice-in-wonderland.net

Tenniel’s artistic methods carried one distinctive characteristic – he would never draw from life. Illustrationhistoy.org mentions how this detail set him far apart from his contemporaries, the Pre-Raphaelites, “who believed that studying and drawing from nature was the only way to produce truthful art”. Tenniel worked best when he referred to the techniques and images in his visual memory and drew without observation.

Susan E. Meyer quotes Carroll as saying “Mr. Tenniel is the only artist who has drawn for me who resolutely refused to use a model and declared he no more needed one than I should need a multiplication table to work a mathematical problem.”

Alice and the mouse in 'A Pool of Tears', from The Nursery ‘Alice’
alice-in-wonderland.net

As a man, Tenniel was known to be quiet and introverted, content to live without the limelight, and seemingly unaffected by competition or change.

Although flattered by the fame brought along by Carroll’s Alice books, Tenniel viewed the work he did on these classics as a disruption to his routine. He returned to a quiet life at home, and continued to paint watercolours until he went completely blind.