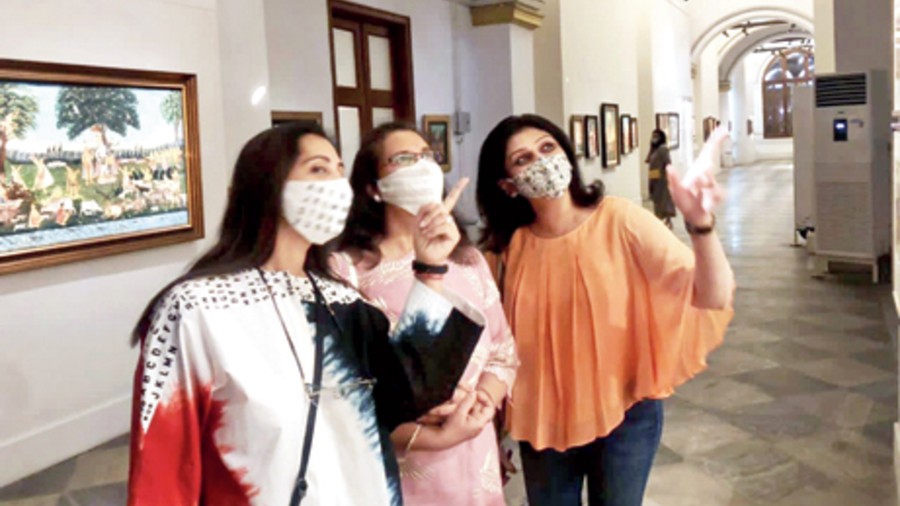 Embracing the new normal is the only way forward and at Ladies Study Group (LSG), I have worked hard to optimise every opportunity to do this for our members. While masking up and social distancing remain the norms, physical outings in restricted numbers to heritage museums like for Ghare Baire has proved to be the perfect blend of balancing health, learning, and camaraderie for us.

Nestled in the renovated Currency Building at BBD Bagh, Ghare Baire is one of the new gems in the city. It has been curated and produced by DAG (erstwhile Delhi Art Gallery), commissioned by the Ministry of Culture, Government of India and the Archaeological Survey of India. The building houses almost three hundred years of Bengal art — from the arrival of the British to the years after Indian Independence, with over 700 artworks across 12 galleries, featuring artists Rabindranath Tagore, Abanindranath Tagore, Nandalal Bose, Jamini Roy and many, many others.

The hour-long guided walk through the beautiful corridors and the ebony wooden stairs of this heritage building was specially curated for our members by the DAG team. One of the first stops was at the magnificent gallery featuring artists from the Bengal School. Our members were particularly drawn to Sunayani Devi and her unique take on the Japanese wash technique of the Bengal School, as she was one of the few women artists recognised as such in the early 20th century. Her evocative images held special significance for us, given that our visit also coincided with a celebration of Women’s History Month at Ghare Baire.

We were delighted to explore all the diverse cultures that came together in 19th Century Bengal through the myriad stylistic influences in the artworks. Vivid oil paintings of anonymous artists of the time blended European landscapes, Mughal ornamentation and Hindu mythology with aplomb, reflecting the cosmopolitan origins of our city.

The artworks were beautiful and thought provoking, but also full of satire and humour, and the DAG team pointed us to the Kalighat cat with a lobster in its mouth, which was a commentary on greed and hypocrisy, that even Jamini Roy echoed in his works.

The members were mesmerised with their cup of joy overflowing with beautiful art, ambience and being with each other, and each one was caught making plans to revisit this museum with their family and friends. The museum hosts a variety of programmes every weekend, so we were quick to sign up for upcoming performances and talks.

Effusive thank yous and lots of gushing and exclamations of wonder at the array of artworks on display marked the entire three sessions that we did to cover the endless list of enthusiasts. Calcutta is truly blessed to have this gold mine in the very heart of the city and should be on everyone’s to-do list. 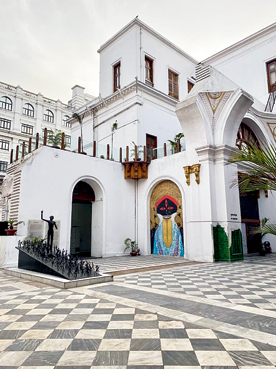 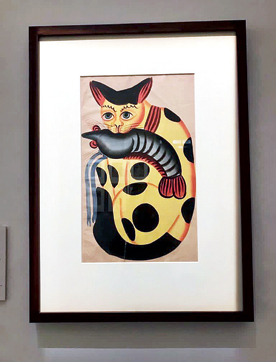 A Jamini Roy painting at the exhibition 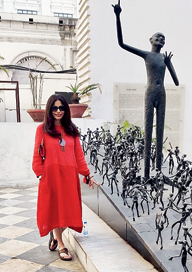