Advertisement
Home / Culture / Arts / Get over Sacred Games. Here's a guide to the best crime dramas

Get over Sacred Games. Here's a guide to the best crime dramas 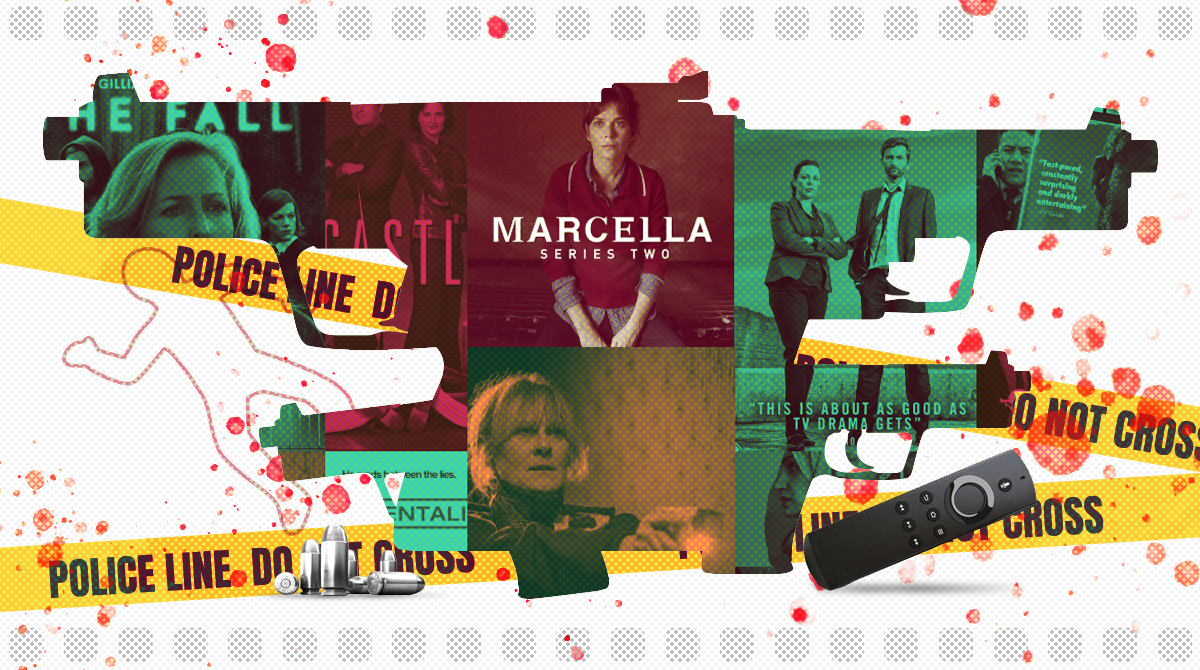 British series such as Broadchurch, Shetland, Happy Valley, and River have a smaller body count and almost no ammunition
Illustration: Rahul Awasthi
Saloni Meghani   |   Published 29.10.18, 08:26 AM

In the British crime show Happy Valley (2014), Police Sergeant Catherine Cawood is prowling outside the hideout of her dead daughter’s rapist. And I’m unduly scared for her. This, unfamiliar, mortal fear comes from the knowledge that Cawood doesn’t have a gun - just a baton. The man on the other side doesn’t have a gun either. But he is the eerily-real neighbourhood psychopath.

What goes down in the finale of the series on Netflix, when Catherine tackles the culprit and is viciously kicked about by him, would have been unthinkable in crime serials we Indians watched in the era of Star World and Star Premiere. I’m thinking CSI (2000), Criminal Minds (2005), Mentalist (2008) and Castle (2009). When these detectives hunt down the perpetrator, they barge in on them with a unit that looks just like the military.

On Planet American Crime, Land of the National Rifle Association, murder is frequent and gruesome, SWAT teams are bullet-proof and there are, obviously, any number of the fanciest weapons to go around. The cops and detectives are mildly flawed but mostly infallible.

After Netflix, Amazon Prime and Hotstar, I’ve woken up, and have stayed awake, to a new crime scene. Most of it pans out on the other side of the Atlantic. British series such as Broadchurch (2013), Shetland (2013), Happy Valley (2014), and River (2015) have a smaller body count and almost no ammunition.

When all sides are not trigger-happy, death seems to mean something. Crime is the aberration and not the norm of the fictional society. There’s time to dwell on a death and space for shock and grief. It’s here that the newer British shows are upping the ante. They’re bringing intense feelings into detective shows. One of my favourite scenes from Broadchurch is of a mother stuck in a traffic jam while trying to locate her missing son. She hears of a body, dead, (the only one in the entire season) on the beach. Her fear in the moments as she runs to the beach, in a slow, long scene, is gut-wrenching. The cliff, next to which the dead child is found, becomes the symbolic edge of the seemingly quiet town.

This show takes the police procedural and bumps it up by many meaningful notches. It moves from whodunits and howcatchems to address the why. Deeply flawed, often pensive, protagonists investigate an overtly civilised society beneath which lurks individual hostility and some dark secret. They presume a more evolved audience.

Here, the shows are influenced by Scandinavian Noir. The tension between the bleak and bland surface of Nordic life and the morally-complex undercurrent is apparent in them. Scandivian shows have brought about a slow global revolution in the texture of crime narratives since an adaptation of Stieg Larrson’s Girl with the Dragon Tattoo hit the big screen in 2009.

Wallander (2005), The Killing (2007) and The Bridge (2011). Trapped (2016) on Netflix, a slow-paced mystery located in an unnamed town in Iceland, is broody and tense. The troubled hero, Andri, is ditto. The story works with the discovery of a human torso in a town hemmed in because of a blizzard. And the murder is only an excuse to uncover the town’s hypocrisy. Subtitles were never less intrusive.

In Marcella (2016), a Euro-Noir made in Britain, the moral and emotional issues of the detective – a bereaved mother -- overshadow the investigation. The end is a shock and guarantees to linger long after. At least two of my other favourites have women at the helm. In the British-Irish The Fall (2013), Gillian Andersen of X-Files fame, plays a feminist investigating a serial killer hurting women in a patriarchal set-up. In Top of the Lake (2013), the professional detective, played by Elisabeth Moss, investigates the disappearance of a pregnant 12-year-old in New Zealand and leads us into the classic exposition of rape culture.

At any rate, crime tropes have always been shades apart on either side of the pond. Britain is home to detectives Sherlock Holmes and Hercule Poirot. American writers, on the other hand, created the hard-boiled rebel or anti-hero lumbering about in the world of organised crime. In the dark alleys of American cities, such protagonists always wear much swagger and, of course, a gun.

I’m not complaining about the American shows. The Wire (2002) is the most literary of works in the genre. But the new British fare has somehow opened up a way for consuming crime fiction without guilt. With a lot of death, crime dramas can, ironically, amount to comfort-watching. There are so many bodies and people are killed in such innovative ways that feelings are suspended. It is more like playing a game or solving a puzzle with the help of clues and needs very little emotional investment. They’re utterly distracting, but nowhere near disturbing.

Canadian writer Margaret Atwood summed up my Indian response when she said, “There were more corpses, with less importance bestowed on each: a new character would appear, only to be gunned down by a fire spitting revolver”. Atwood was profiling American crime writer Dashiell Hammett’s work for The Guardian.

When guns and gun crime do surface in English crime television, they are, for the most part, brought in by the military. In the new British Collateral (2018), a police procedural, the culprit (spoiler alert) is army captain Sandrine Shaw. In London-based Luther (2010), the very handsome Idris Elba, playing Detective Chief Inspector John Luther, confronts a sniper who has gone rogue after fighting in a war. Being a copper in London, Luther can’t carry a weapon. His unit can call for a special weapons unit when there’s cause. But our protagonist, whose attitude toward evil is ambivalent, chooses to go alone.

This difference is an extension of reality. In a recent BBC report, the data showed US gun-related killings at 64 per cent of the total homicides compared to the UK’s 4.5 per cent.

UK was home to the cosy, countryside crime story, where most suspects could be found, literally or figuratively, in a locked room or house. The best contemporary British series move away from digitally-dizzy cities to far-out locations. The landscape and locale are characters in the story. They evoke a hermetic feel. Shetland (2013), shot in the sub-arctic archipelago, evokes the sense of the room in which Agatha Christie could put all her suspects together. Broadchurch is set in a close-knit made-up town on the English Channel coast. Hinterland (2013), which is a below par watch, is set in a historical town in Wales.

The closed-in ambience is used to great advantage. The investigators often know the victims, the suspects and the witnesses. There’s a sense of place and community and each character is nuanced. The human drama makes them riveting and deeply disturbing, not least because they are authentic.

In London-based River a hallucinating detective inspector, played by Swedish actor Stellan Skarsgård, uses interviews to solve the murder of his partner detective Stevie. River, by no means the traditional heroic protagonist, chases a suspect on foot and runs out of breath exactly like an unfit and real human being would.

The US is not immune to this success. The award-winning True Detective (2014) is one that comes close to the format of British shows. But it’s hard to say if such an influence is sustainable. It’s not easy to translate the cultural fabric of the gun-shy island to that of the society where children get machine-gunned down during school hours. When Broadchurch was adapted for American audiences, the resulting Gracepoint (2014) did not do well. It was not renewed for the second season.

Even in the outwardly quieter Breaking Bad (2008), it takes only a couple of episodes before a flies-ridden body is dragged to a tub and dissolved in acid until the flesh falls through the ceiling. Where understatement doesn’t work, it seems appropriate that contemporary local American bad guys are getting caught by vigilante superheroes like Jessica Jones (2015), Daredevil (2015) and Luke Cage (2016). When the plot goes global, larger agencies such as the FBI (Quantico), the CIA (Homeland) or the DEA (Narcos) are your go-to guys.

So, if you’re seeking humble detectives and cops in authentic settings, try the British and continental offerings. You may find yourself calling colleagues ‘Mate’ and barking at unwanted phone calls with ‘Sod Off!’ But it’s time to take Sacred Games further.

The cliff in Broadchurch becomes the symbolic edge of the seemingly quiet town
Image: Netflix