Sangram Mukhopadhyay’s online show, Silence created and anchored by Soma Giri, and Tranz by Sapphire broke quite a few conventions 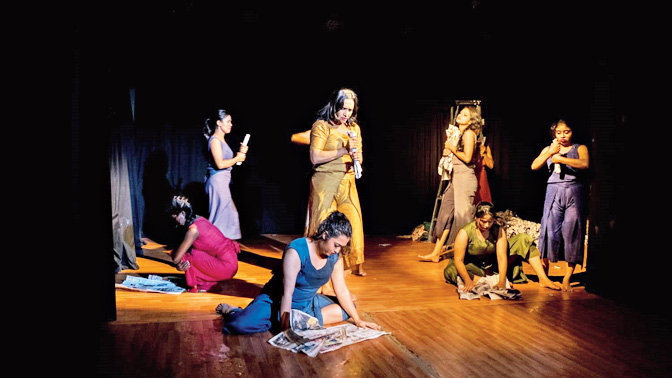 An engrossing solo with compelling seriousness as well as a cheeky edge, Sangram Mukhopadhyay’s online show for the Kolkata Centre for Creativity’s “Emerging Artist’s Performance” generated a strong sense of being trapped. It combined the pain of isolation and loneliness within the constraints of space and connectivity in what looked like an intriguing teaser for a show on gender-bending body explorations. Striking imagery was conveyed and unexpected connections made through dance.

The bathroom, quite often the space in which experiments with the body start and performances begin to take shape, becomes the venue for a cisgender man’s study of the contradictions in and subtleties of gendered movements and traditional constructs. From a complex subversion of norms to a powerful deconstruction of what a cisgender man thinks his social behaviour means to others, the work offers a panoptic — even voyeuristic — view of the various shapes that the body can take in self-conscious seclusion. The experiment includes a reimagination of what might transpire if the performer steps out of the intimate space and is positioned before an audience. There is much expressive power and dramatic nuance in Mukhopadhyay’s contemporary dance piece; this work-in-progress project clearly has promise.

The recent staging of Silence (picture, left), a show created and anchored by Soma Giri, offered a collective, visceral experience of anger and frustration against deep-seated patriarchy and controlling behaviour. In the Rangakarmee performance space that evening, there was something immersive and cathartic about the way the women moved through the dance routines and let out the final accusatory shriek, with a potent inner force, to end the show.

The performance was developed around the politics of systemic gender oppression, which is welded to the patriarchal power structure. Much of the material was clearly autobiographical. Silence told several raw stories of vulnerability, abuse, violence and trauma. Improvisations based on Kalaripayattu provided a powerful and urgent medium for speaking out on topics that are not easy to talk about. The black box we were in became a safe space for sharing these poignant narratives of courage, endurance and heroic resilience. Dishari Chakraborty’s haunting music, which played temperamentally with disharmonious notes and frequencies as also with silence, accorded the performance an elemental gravitas and provided the scaffolding on which it was pegged. 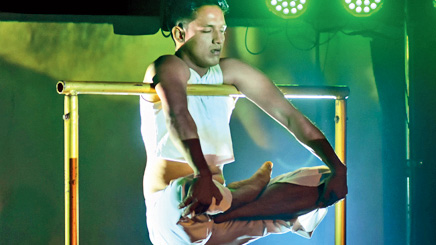 A moment from Tranz by Sapphire.
Sapphire

Last month, Sapphire’s evening of celebration, marking its 29th birthday with a presentation titled Tranz (picture, right), connected the past and the present of the organization into an organic whole that held within it a prologue to the future. It featured an eclectic mix of choreographic works from 1996 to 2020, drawing on various impulses which have contributed to the creation of the vocabulary of the dance ensemble. When some of the older dance pieces were repeated, it was interesting to watch how the newer dancing bodies breathed fresh life into the choreography and made it their own.

Dance and visuals came together in a singular narrative to speak about owning and disowning the body and what it is to develop and internalize the ever-changing idiom of contemporary dance. It challenged the question of legacy, and put forward the theories that a fresh perspective is created each time knowledge is transmitted from one artist to another and that contemporary dance is a perpetual workshop of everyday practice.