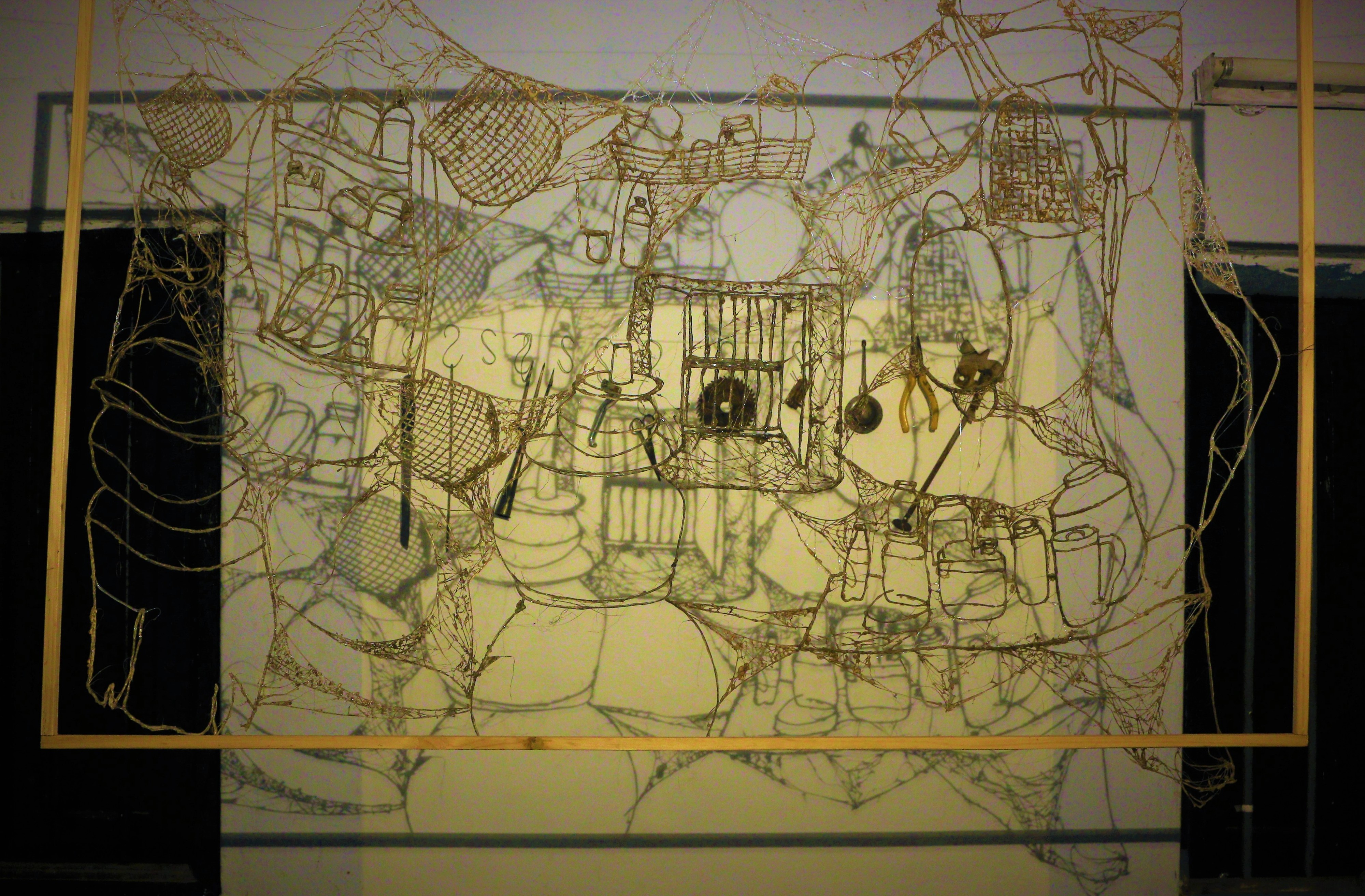 The Centre of International Modern Art (CIMA), Calcutta, is back with the third edition of its coveted biennial award for emerging artists. Prashant Shashikant Patil, 26, from Maharashtra won the prize worth Rs 5 lakh on January 28. The winning creation of the year, titled Transformation, used glue stick, wood frame and spotlight.

The award is the only one of its kind in the country. CIMA accepts entries from multiple disciplines such as paintings, sculpture, photography, cinema, music and video. The 2019 edition had 158 participants and gave away 20 prizes. Of these, the Godrej first runner-up went to Suvanwita Saha from West Bengal for her War and Entertainment, with fibreglass and aluminium rod. Anupam Basu won the Paresh Maity third runner-up for his work with video titled Chorus.

On February 2, Nicholas Coleridge, chairman of the Conde Nast group and Victoria and Albert Museum, will inaugurate a month-long showcase of the artworks. The CIMA awards show will be on at Gem Cinema, Entally, Calcutta.

Founder and director of CIMA, Rakhi Sarkar has been at the forefront of the initiative to spot and support talent, especially from non-urban centres for 25 years. Mrs Sarkar has also been hosting the affordable art mela for over a decade. It offers works of renowned and emerging artists at affordable rates.

'In a stampede towards globalisation we must not overlook the exciting and genuine visual language emanating from the heart of India. CIMA Awards is all about presenting that story,' Sarkar told The Telegraph.

Maecker was appreciative of the process design. “It was blind. The judges were shown the works without biographical information about the artists,” he told The Telegraph.

All the jury members were impressed with the innovative use of new media by the participants. Basu said “The Internet has brought people from different parts to the same page.” Sculptor Ravinder Reddy agreed. “The video section, for instance, was very interesting and two videos won. This is very welcome. Many young artists are switching to the new medium and this support is very helpful.” Palaniappan, renowned for his graphic art, printmaking and lithography, was particularly impressed with the use of plastic wires for a drawing. 'It’s important to know about these trends retrospectively,” he said.

Paris-based Chaudhuri said she was glad to see what contemporary artists in the country were preoccupied with. “These mixtures are so different from the Indian art projected in the West,” she said.

Yusuf underlined the importance of the initiative. “There is no other such opportunity for younger artists,” he said. Basu pointed out that the CIMA award and exhibition has had far-reaching impact in the country. “The Success of CIMA (the gallery started in 1993) has spurred other people to start galleries. It has bred a kind of pluralism. It has also broken down the barriers between high art and public art,” he said.

Cirque du Soleil: A teeterboarder has 1.8 seconds to take a call