Advertisement
Home / Culture / Arts / In the corridors of the past: Belvedere House

In the corridors of the past: Belvedere House

VISUAL ARTS: An array of exhibitions at a restored Calcutta institution 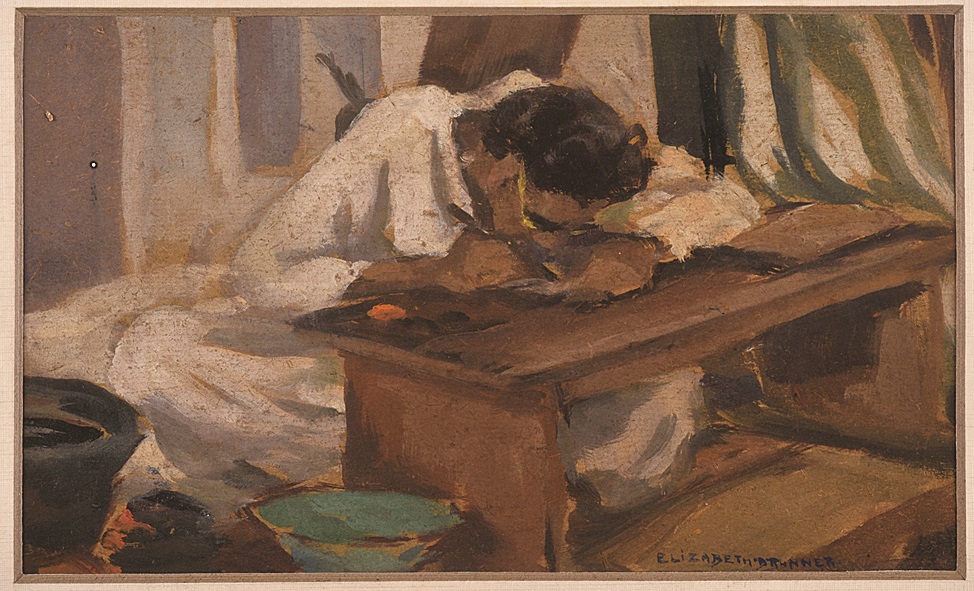 A Hungarian girl dreamt of a figure holding a light approaching her. The light grew brighter and she saw the face behind it. When she told her mother about her dream, the elder woman exclaimed, “You saw Tagore”. That was the prelude to the journey that the artist mother-daughter duo — Elizabeth Sass Brunner (1889-1950) and Elizabeth Brunner (1910-2001) — embarked upon to reach Santiniketan in 1930 and meet the poet. Santiniketan and the poet with an aura of mysticism inspired the Brunners to work on a large number of luminous paintings in the Impressionist style (picture, depicting Benode Behari Mukherjee). As Elizabeth Brunner said, they “drew not only with your eyes but with your soul.” These, along with digital prints of rather poor quality of photographs by masters such as Henri Cartier-Bresson, Raja Deen Dayal, Shambhu Saha and Sunil Janah, and illustrations in rare books of the 19th to the 20th century affording glimpses of life in Bengal as seen through the eyes of foreigners were displayed in the left hand section of Belvedere House, that once housed the National Library before it moved to the Bhasha Bhavan opposite it. These artefacts belong to the Indira Gandhi National Centre for the Arts. The exhibition, titled Celebrated Painters & Photographers of Bengal and Santiniketan (January 11-February 12) had one more fascinating attraction. An old photographic studio, complete with a painted backdrop, props and a huge view camera, was recreated there.

After a dilapidated Belvedere House was closed down, the Archaeological Survey of India began to restore it, but for some inexplicable reason, the work was handed over to the Central Public Works Department. Earlier in 2011, the magnificent exhibition, Treasures of Ancient China, was held there. Now, the exhibition, Icons of Nationalism: From the Soil of Bengal, is on in the former sprawling reading room. Stripped of the wainscoting, the hall has lost its dignity. The four icons are Bankim Chandra Chattopadhyay, Rabindranath Tagore, Subhas Chandra Bose and, quite predictably, Syama Prasad Mookerjee, who founded the Bharatiya Jana Sangh, the forerunner of the Bharatiya Janata Party. It’s a dull and dispiriting exhibition mounted with a lack of imagination that is not unexpected. Anyway, without any publicity, this and the other exhibitions in Belvedere House hardly attracted any visitors before the lockdown.

The Indian Museum is holding an interesting exhibition in the never-ending corridor from where the procession of catalogues and cabinets has been removed. With some visitors touching and feeling the priceless objects on display, we realize that nothing is sacred to Indians — not even their own past.

On the left section of Belvedere House was displayed a splendid selection of 53 books from the National Library’s collection of rare books. Some of these date back to the 15th and 16th centuries. Many of them are milestones of publishing history. Some of the significant ones are a publication on botany in Latin (1481), another on Aristotle (1538), Garcia de Orta’s Aromatic and Medicinal Herbs Found in India (1593), Halhed’s A Grammar of the Bengalee Language, the first newspaper in India published by James Augustus Hicky (from 1780 to 1782), a Bengali Bible published by the Serampore Mission Press, and books by Raja Rammohan Roy, Krishna Mohan Banerjee, John Marshall and Alfred Foucher’s The Monuments of Sanchi, and last but not the least, the Constitution of India with Nandalal Bose’s illustrations.