Art of the matter

Christie’s India is 25 years old. What contributed to its success and what lies ahead? 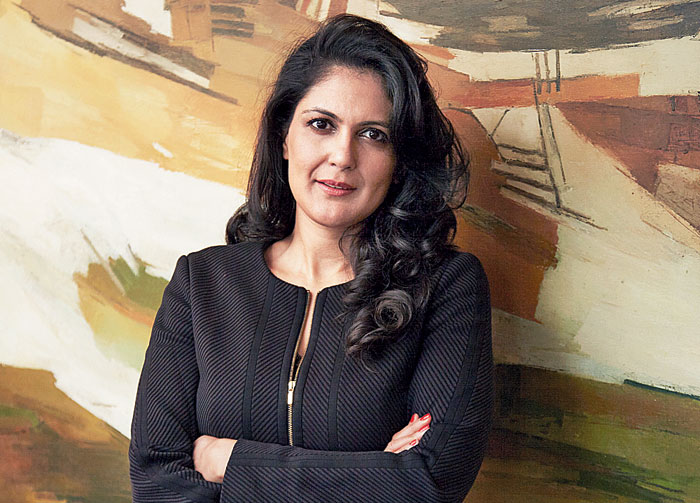 The adrenalin was at its highest point when Jussi Pylkkänen, global president of Christie’s, opened the auction on December 19 around 7.30pm by offering lot one. That night we totalled Rs 96,59,37,500, sold 98 per cent of all lots and set a new world auction record for Vasudeo S. Gaitonde and for achieving the highest price for any modern Indian work of art sold in India,” says Sonal Singh, Christie’s India managing director and art specialist, while remembering Christie’s first India auction that was held in December 2013.

Founded in 1766 by James Christie, Christie’s has conducted some of the most celebrated auctions through the centuries and 1994 was a landmark year because it set up its representative office in Mumbai. That was 25 years ago. The Telegraph spoke to Sonal on the auction house’s relationship with India.

Twenty-five years! What have been a few landmark moments for Christie’s in India?

There have been so many landmark moments over the years! Beginning with setting up an office as the very first international auction house with a presence in India, to today, 25 years later, where we have grown and our calendar now features exhibitions, lectures and charity auctions not just in Mumbai but other cities in India too. In the early days, and fairly soon after establishing the office, Christie’s held the first stand-alone auction of Modern Indian Art in London in 1996 and to this day we are breaking world auction records for many Indian artists, achieving some of the highest sale results in the category.

From there on, Indian art has been featured in many more sales in locations across the globe including New York, London, Dubai and Paris. Indian art in its various forms has captivated our clients globally and while our collectors in India initially looked almost entirely at Indian art, conversely today it is exciting to see resident collectors also looking to expand their own collections to feature objects of art from multiple categories.

Twenty-five years of development in any market will help to shine a strong light on its players and by holding South Asian Modern and Contemporary auctions in London and New York enhances an international component to this development. Furthermore, a lot of cultural initiatives have begun within the country over this quarter of a century. For example, the India Art Fair, which was established in 2008 and plays a much more dominant role over the past five years than ever before. The Kochi-Muziris Biennale is a great addition to the strength of the Indian art scene, as are several private initiatives in opening their collections to the general public.

Do you think the art market in general is somewhat bullet-proof against economic fluctuations?

Nobody has a crystal ball to see what will be happening in the future but for the time being the art market seems very resilient against the current economic turmoil.

Christie’s first India auction was in December 2013. Making it memorable was Vasudeo Gaitonde’s 1979 ‘Untitled’. What do you remember most about that evening and what made it a special occasion?

One sentence that would describe it best would be: “A dream come true.” The auction was announced in early 2013 when we received the go-ahead from our senior management. The India office was involved with every step of its planning and I feel it was truly one of the most rewarding experiences we ever had. I must have had at least three months of sleepless nights in the build up to the sale! We had to organise the consignments, the security, the catalogue, the invitations, the catering, the press conference, the walls, the shipments, the auction…. But the adrenalin was at its highest point when Jussi Pylkkänen, global president of Christie’s, opened the auction on December 19 around 7.30pm by offering lot one. That night we totalled Rs 96,59,37,500, sold 98 per cent of all lots and set a new world auction record for Vasudeo S. Gaitonde and for achieving the highest price for any modern Indian work of art sold in India. We were very relieved and thankful to all that everything went so smoothly and perfectly.

Since setting office in India in 1994, do you see any change in the composition of your client base?

Our client base is organic and ever-growing, which is great, and we have collectors transacting with us in our London, New York, Hong Kong, Dubai and Geneva sale rooms, in over 15 different categories. We also welcome more and more younger buyers via our online bidding tool called Christie’s Live, where you can bid from home or via an app on the go!

At a very young age you started collecting stamps and coins. How much of your upbringing contributed towards what you do now?

It is my father’s belief that one must have interests and passions that keep you company through your life and collecting stamps was really his initiative when I was younger. I think today, I may veer towards a different category, like for example books or wine, but his initial introduction to collecting certainly influenced the way I think, see and also appreciate collections. It takes a huge amount of passion to put together a group of objects that you love. My role at Christie’s has further shown me how important it is to understand your passion, and collect the best you possibly can.

What is the most attractive market for collectors at the moment?

It is a truly global market and I believe the Internet (and travel) has made the world a small place.

Technology has upended different industries — retail to music. How is it changing the auction business?

I believe it depends how you use technology and which significance you give to it. We sold the first AI work ever at auction — it was a sensational moment, and many people and collectors were interested in acquiring it, as it will always remain the first to be sold at auction. Today, the offering for AI works has already hit its readjustment. But technology also helps to create awareness and reach clients all over the world. Each year we welcome around 30 per cent of new clients via our online sales and online bidding facility and nearly half of these new clients are continuing to transact in our live sales within the year.

A few smaller auction houses have come up in the last few years. What’s your view on competition?

Competition is good and keeps us all on our toes!

What would be your message to galleries or maybe school teachers when it comes to popularising art among millennials?

Speak their language and catch them with art done on an iPad, as David Hockney did for a while. Get them interested in virtual reality art and at the same time try to teach them the basic of modern art history. The rest might follow! I also think there are no shortcuts for experience, and exposing children to as many art forms as possible is key.

What should one seriously consider when investing in art?

To buy what you like and what gives you pleasure.