All about big cats 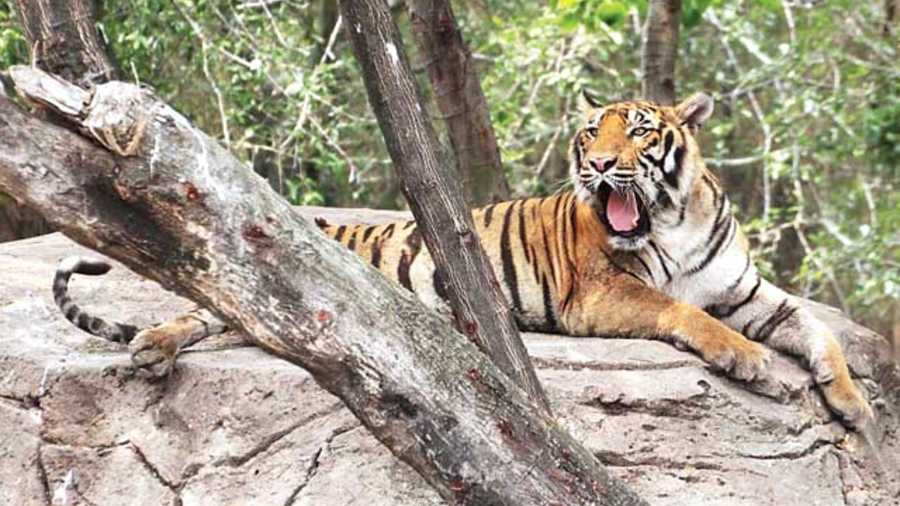 The session encompassed a series of topics, with the foremost being sub-species of tigers and their present situation, with an emphasis and focus on conservation efforts. The uniqueness of the Sunderban tiger, along with the topic, Many Moods of the Tiger, was showcased through interesting photographs.

The digi-event, streamed on Zoom and the Facebook page of Victoria Memorial Hall, started with Biswajit Roy Chowdhury informing viewers about the various species of tigers. There were nine species originally of which three are now extinct. The ones left are Siberian, Bengal, Indo-Chinese, South China, Malayan and Sumatran. The Caspian, Bali and Javan tigers are believed to be extinct. He further enlightened us with a few trivia such as that a tiger’s roar can be heard up to 3km and that no two tigers have identical stripes. It is also the national animal of three nations — India, Bangladesh and Vietnam.

Roy Chowdhury also talked at length about the Sunderban tiger. Due to the topography of the Sunderbans, the lives of humans as well as the tigers are very tough because there are two high tides and two low tides every day, making the terrain slippery. Chital deer and wild pigs are the main prey of the tigers here although they sometimes hunt big crabs and fish too. The Sunderban tigers are agile swimmers but in the river, they face a threat from estuarine crocodiles, which sometimes grow to 22ft in length, and King Cobras. He also dispelled the myth that these tigers are habitual man-eaters though human flesh could be one of the many food in its food chain.

Shiladitya Chaudhury said he had been unable to spot a tiger in the Sunderban though he had been visiting the region for around 25 years and close to 50 times. He regaled us with his personal experiences in the wild. He talked of a tigress-cub bonding in Tadoba (Maharashtra) and showed some stunning photographs clicked by him. He also shared a scary experience at Dudhwa (Uttar Pradesh) when a male tiger charged ferociously at the jeep he was travelling in. Later, they found out that the tiger had killed two humans in the past two months. The tiger was declared a man-eater and sent to the Lucknow zoo.

Jayanta Sengupta, secretary and curator, Victoria Memorial Hall, said: “It turned out to be a very engaging talk that offered the perfect combination of analytical insights, captivating photographs, and very interesting anecdotes. We had a large audience tuning into Zoom and Facebook Live for the talk. There were many questions that showed the deep concern that so many people share about tiger conservation, and the fascination they have for the ‘great-hearted gentlemen of the jungle’.”