Advertisement
Home / Culture / What they learned from being real Urban Naxals

What they learned from being real Urban Naxals

As the din over 'Urban Naxals' reaches a pitch, Uddalak Mukherjee meets those who once professed the badge and has them looking back and ahead 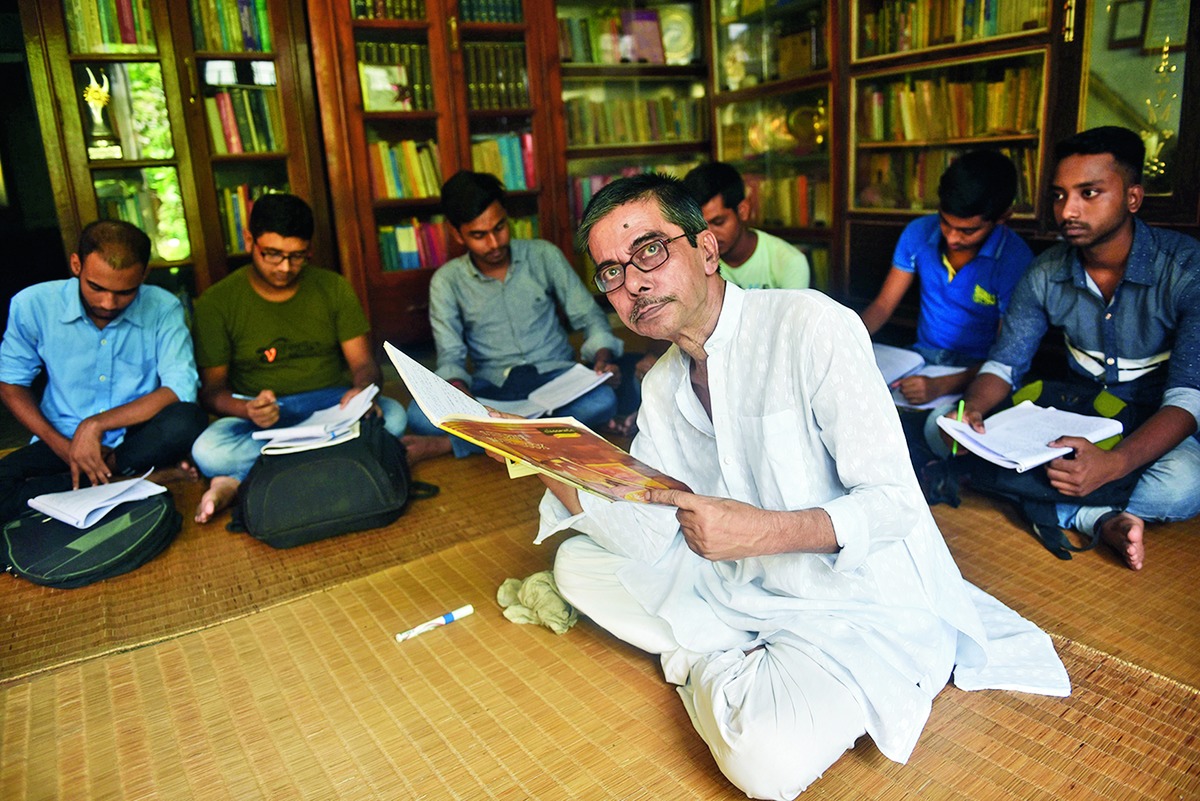 What would Vivek Agnihotri make of Subhash Chandra Kundu? Before the answer unfolds, even though it will not come from the horse's mouth, a round of introductions is necessary - for both men.

Agnihotri, a film director, seems to have garnered some attention at last, with a recent tweet. Some hours before the police arrested several activists for their alleged involvement in the violence that was witnessed in Bhima Koregaon, Agnihotri had, in a tweet, entreated “bright young minds” to make a list of those supporting “Urban Naxals”, the moniker favoured by the Right-wing for castigating and intimidating dissenters.

Kundu is the quintessential suburban soul. He lives in Basirhat in North 24-Parganas, where he runs the Institute of Physics, teaching science to needy students, many of whom have gone on to teach in eminent institutions. Neither does Kundu fit the axiom, “Naxal”, in the way Agnihotri and his hawkish friends understand the concept. It is true that Kundu was involved in the Naxalite movement from late 1960s to the early 1970s, when he was a student at the Rajabazar Science College. Yet, today, made wiser by the passage of time, he repudiates both the goals and the means of Naxalism.

“The leaders of the movement made several errors as a result of which it was discredited and, ultimately, rejected,” said Kundu. “Unilateralism was its bane. The views of the leadership were seldom questioned by the foot soldiers” — essentially students like Kundu. Agnihotri can perhaps relate to Kundu's reference to the practice of imposing views unilaterally. After all, New India cannot move an inch without a nod from its pradhan sevak.

Kundu also rejects the Naxalite call for the liquidation of the State. He would, most certainly, choose his science books over, say, Carlos Marighella's Minimanual do Guerrilheiro Urbano, where the Brazilian guerrilla leader discusses ways of overthrowing a repressive regime. “What should have been demanded” — through the ballot and not the bullet — “is accountability of such failures of the State as its inability to conquer poverty and inequality”, asserted Kundu. Kundu's rejection of the call to abolish the State presents a piquant problem for both the Right-wing and the moderates apprehensive of the spectre of the Urban Naxal. After all, the idea of radicalism being accommodating of the State chips away at one of the primary allegations against radical thought: its purported rejection of the contract between citizens and the State.

Later, when asked to introspect on the Naxal movement that he was a part of in his student days, Ashim Chatterjee, also known as Kaka to his legion of admirers and critics, offered another illuminating dimension concerning the failure of Naxalism. “The movement failed to fully synthesise the political consciousness with the voices of the marginalised, the peasants and the workers,” he said.

As we talked, Kundu went on to posit an interesting — revisionist — hypothesis. He thinks that Naxalism should no longer be viewed as a political ideology. Instead, he argues that there is a case for reimagining it as a kind of curriculum — one that teaches about the imperfections of the world at large. “My decision to serve the country was augmented by what I had learnt in those days: that there is an urgent need to speak up for the injustices perpetrated on the dispossessed.” He also points to the convergence between his thoughts and some of Ambedkar’s principles. The key to social emancipation, he insists, is through education, organisation and (democratic) agitation.

Incidentally, Kundu is not alone in this argument. There is a school of thought among former Left-wing radicals that is keener to perceive Naxalism as a sensibility or a consciousness, stripping it of the vestiges of a violent, failed revolution.

In Rajneetir Ek Jibon, Santosh Rana, who had dabbled in Left-wing extremism before going on to participate in electoral politics, too, attempts to reassess the legacy that radical comrades have left behind. This can, admittedly, be interpreted as an attempt to whitewash a movement with a chequered history. An entire generation of bright, cerebral, young students had paid a steep price for a revolution that has proved to be elusive still. But the reassessment is suggestive of a nimbleness of thought, of a fledgling attempt to open a difficult dialogue; is not the latter one of the foundational tenets of democracy?

Kundu and Chatterjee are aware that the times are difficult for those who have been at the helm of educating and organising on behalf of those on the margins. The crackdown by the BJP government on activists has been made easy on account of the blurring of the lines between human rights workers and those who espouse political extremism. But what has led to these lines overlapping?

Kundu attributes it to a crisis that is both “moral” and “political”. “The rise of sectarianism, which, in itself, is a manifestation of the erosion of morality, has been endorsed by a political dispensation that is intolerant of not just dissent but also difference and the minority constituencies. The consequence of this polarisation is the vilification of the weak and the Other, as well as of those who fight for the rights of the marginalised.”

Chatterjee, however, has a different take on the problem. The hounding of dissenters and minorities is the function, in Chatterjee's opinion, of politics’s frightening chasm with idealism. “Politics, today, is the repository of power. It no longer represents the interest of the people.”

Is there a way out of the morass, this stifling of the voices and views that are willing to pick holes in the rosy pictures presented by the elected dispensations?

Chatterjee’s response is that of the seasoned politician that he perhaps wanted to be. He said that he believes that newer political questions, pertaining to identity, caste and gender, are emerging in India. “What is necessary to address these questions is the forging of a wider solidarity among dissenting groups” — presumably caste groupings, minorities, Dalits, Adivasis, intellectuals and women.

Kundu’s response is that of an idealist. “The key is education. Only education can create, slowly but surely, an awareness from the roots that can challenge the hegemonies of power and ideology.”

Can his experience of being a Naxal abet this kind of learning?

The phone crackles and Kundu’s voice is suddenly drowned by the din of ambient noise.

But I thought I heard him say that Naxalism, unlike education, leaves behind a bitter harvest.