To beat the pandemic blues, The Telegraph revisits moments from a show that made us open up to varied musical arrangements — Coke Studio Sessions, Season 14 of which is presently the talk of the subcontinent 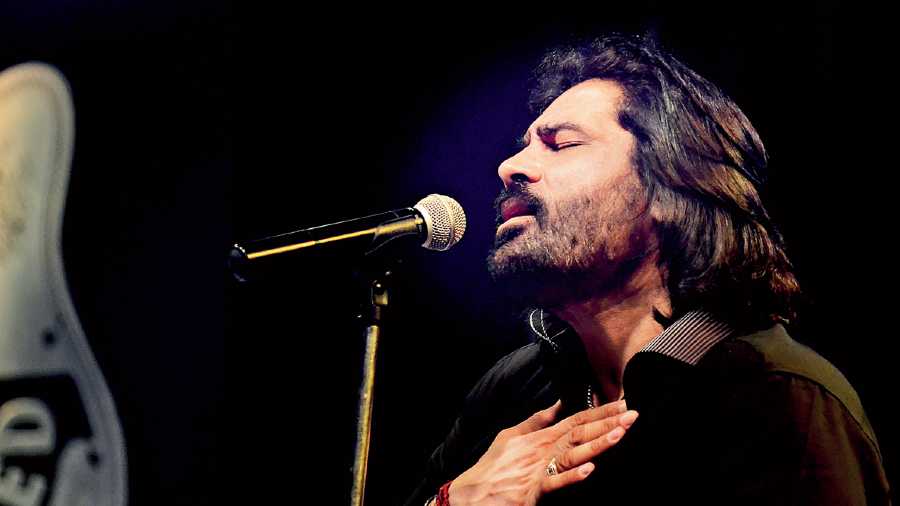 Imagine walking through a desert at dusk and coming across a colourful tent hosting a mehfil brimming with laughter, sparkle, melody, language and meaning, by an oasis. This is what Coke Studio Sessions have always felt like — a hearty eclectic synthesis of music and devotion. With the 14th season here, we look back on the packed and culturally rich seasons which were initially helmed by Rohail Hyatt, the founder of Pakistani band Vital Signs, and later by Strings members Bilal Maqsood and Faisal Kapadia. Over the years, the Pakistani programme has featured artistes of the highest order, bending and blending genres to produce soul-liberating numbers, each with its own story to tell, resonating down to the very last note. Coke Studio India ran for four seasons from 2011-15, also bringing forth a range of experimental superlatives. Here’s looking back on the all-time favourites.

If a song embodies the word ‘release’, this is it. Penned by Sufi mystic Amir Khusro as a manifestation of his dedication to Nizamuddin Auliya, the ghazal speaks of eternal unity with the divinely beautiful, brought out in the lines with impeccable harmony. Produced by Strings, masters of the craft — Abida Parveen and Khan elevated the production to the highest level with a seamless fusion of vocal displays, cascading down the contours of qawwali. The ease with which each note strikes the most delicate chord is complemented by economical orchestration, making it a classic that will continue to enthral.

The first song from the second season saw Clinton Cerejo doctor a staple Rajasthani Manganiyar classic with Sawan Khan. The song, a celebration of one’s companionship with the divine, had Khan power the song through with his organic and powerful voice and Clinton coming in with the Hindi sections. Beginning on a serene note with Sawan playing around with the husk of his voice, the song draws to an end with a heavy instrumental outro. Clearly stands to be one of the most resonating and powerful compositions out there.

There is hardly anything better than Shafqat closing his eyes and embarking on Khamaaj. Originally a part of his band Fuzon’s debut album, Saagar, the song fashioned by the Patiala gharana remains a timelessly soothing classic. With Hyatt’s direction, the house band’s control and Shafqat’s emotive vocals, the production stood out as pensive meditation on love and words that strive to reach — one of the finest numbers of the early Coke Studio days.

To fiddle with Leonard Cohen’s immortal song requires deft mastery and the Karsh-Warren combination reworked it to construct something beautiful. Every word on the song oozes a sense of pain, of unspoken love and Warren’s instrumental classic Ode to a Sunny Day provides the perfect ambient melody with Shilpa Rao coming in with her classical colour of Jhoola. What seems to be a complex cocktail, builds up to be a tender yet passionate surrender tempered perfectly by Karsh’s deep voice and the relaxing studio visuals. You would just want to close your eyes and listen to it play out.

The song that set the mood for the following seasons, Coke Studio set the bar fairly high with Junoon frontman Ali Azmat pairing with Khan. Reworking the Junoon classic, the heavy hard rock number was framed perfectly with Rahat’s ever enchanting voice and Ali’s groovy zing. The house band proved to the finest around, on a track that started it all for Coke Studio. With Rohail Hyatt producing, it was outrageous, rhythmic and out of the box — exactly what it needed to be.

With the track that nursed a generation of rock enthusiasts across the subcontinent, Junoon’s Salman Ahmad hit it out of the park with his debut production as music director and lead guitarist on an impeccable reworking of Sayonee. Interspersed with enticing musical repartees between Rahat and Noor, the absorbing sound of the rubab, the violin and Salman’s wizardry with the guitar, the rendition stands heavy, only honed fine with a satisfactory sense of smooth percussive perfection on the instrumental section, as we croon along with legends of the game.

A heart-rending ballad speaking of unrequited love, the number produced by Strings had Kaavish duo Jaffer and Maaz weave a soulful aura with a beautiful sense of camaraderie. Quratulain infused some mystic warmth with her vocals while Jaffer’s deep voice sang of loss and heartbreak with a sweet sense of parting. The house-band was at their usual best, as Faasle remains a mellow classic you’d want to revisit after a tiring day.

There’s no song which stands to be more relevant than the immortal nazm scripted by Faiz Ahmed Faiz. He wrote this as a sharp song of protest against the regime of Zia Ul Haq, performed by Iqbal Bano, which eventually became a subcontinental leftist anthem of defiance, unity and dissent. Composed by Asrar and produced by Ali Hamza, this version featured a spectrum of artistes, including Ali Azmat and transgender duo Lucky and Naghma delivering the significant lines. With a unified sound standing on varying styles, the song, as precious as it stands, got a smart reworking.

Needing no introduction, the number flows, serenades, and rejuvenates. Reworking a classic qawwali originally sung by Nusrat Fateh Ali Khan, the track remains one of the most popular songs produced by Coke Studio. Rahat’s voice flows like a peaceful brook against an unplugged arrangement till it reaches its crescendo — a final section marked by the maestro on a liberating release. Momina’s angelic voice serves to complement the poetic sections flawlessly, as each word reaches like a rosy breath of fresh air.

One of the numbers that defined the near-perfect season, the duo of Bashir and Ali pranced around meditatively with the complexities of Raag Bhairavi as virtuoso Aamir Zaki provided the perfectly immersive guitar solo for the mood to flow with effortless melody. Kaavish’s Jaffer Zaidi, as music director, brought together a hypnotic experience with an extremely tempered arrangement — Akhoond’s guitar and Gul Mohammed’s heavenly sarangi standing out. The video came out with a heartfelt tribute to Zaki, who passed away in 2017.