Advertisement
Home / Business / Yes Bank AT1 bonds get written off

Yes Bank AT1 bonds get written off

This could set the stage for a legal battle between the bond holders on one side, and the Centre and the RBI on the other 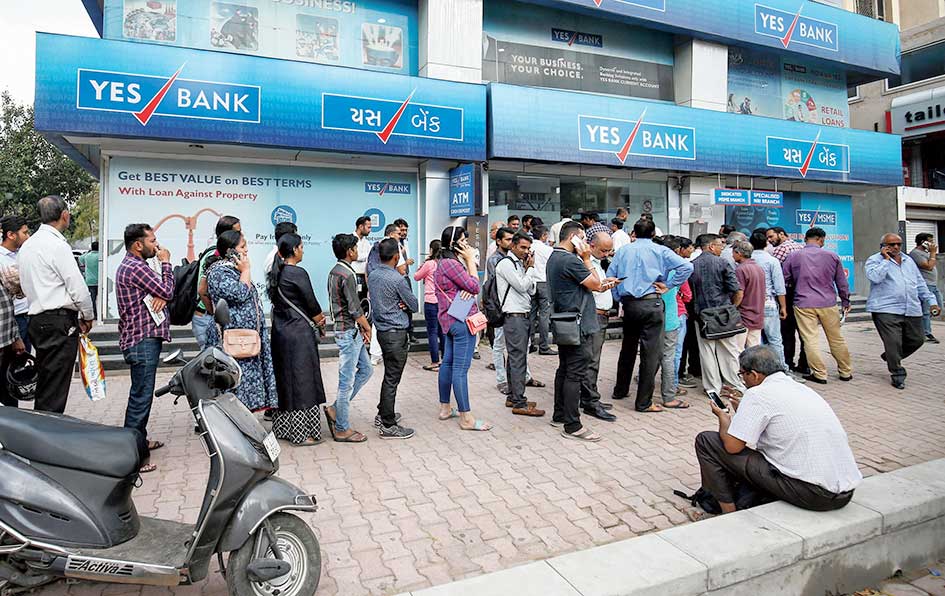 The holders of Yes Bank’s additional Tier-I bonds (AT1) — amounting to Rs 8,415 crore — will get no relief as the bonds will be written down in full and stand extinguished with immediate effect.

This could set the stage for a legal battle between the bond holders on one side, and the Centre and the RBI on the other.

Axis Trustee Services, representing investors of these instruments, had filed a writ petition in the Bombay high court against the plan to completely write off these bonds. The matter could not come up for hearing amid talks between the bond holders and the RBI wherein they had suggested a partial writedown over a complete one. Larsen & Toubro, also one of the investors, had moved the Bombay high court, as well.

Amid was some ambiguity on what happens to these bonds after the government notified the Yes Bank reconstruction scheme on Friday, the administrator of Yes Bank, Prashant Kumar, told the stock exchanges on Sunday the bonds would be fully written down.

Yes Bank cited the RBI’s Basel III capital regulations, which says that if the relevant authorities decide to reconstitute a bank or amalgamate it with any other lender under Section 45 of Banking Regulation Act, 1949, the bank will be deemed as non-viable or approaching non-viability. In such a case, the trigger for conversion or write-down of the AT1 instruments will be activated.

“Given that Section 45 of the Banking Regulation Act, 1949 has been invoked by the RBI and the scheme has been notified, the bank is deemed to be non-viable or approaching non-viability and, accordingly, the triggers for a write-down of certain AT1 bonds issued by the bank has been triggered,” the bank added.

It pointed out that such bonds would need to be fully written down permanently before any reconstruction of the bank is undertaken. Hence, the perpetual subordinated Basel-III compliant additional tier-1 bonds issued for an amount of Rs 3,000 crore as on December 23, 2016, and the perpetual subordinated Basel-III compliant AT1 bonds issued by the lender for Rs 5,415 crore on October 18, 2017, have been fully written down and stand extinguished with immediate effect.

The bank said in its notes to accounts that given the capital infusion from the SBI and other entities and the consideration of the AT1 bonds, concerns around its liquidity and capital adequacy will be mitigated. Yes Bank hopes that because of these two steps, its ability to grow its business will improve substantially.

Indiabulls Housing Finance Ltd (IHFL) on Sunday said the company as well as its promoters do not have any outstanding term loan from Yes Bank. The company was clarifying on “some rumours” in social media in this regard.

In a separate filing, Karnataka Bank rejected some reports that had raised doubts on the safety of some banks using an “absurd and flawed so called M-Cap to deposit ratio.

The bank asserted that its financial health is sound and the capital to risk weighted assets ratio, the main parameter, is well above the limit prescribed by the RBI.