We can now increase our company's exports from 10 to 20 per cent, says JSPL managing director 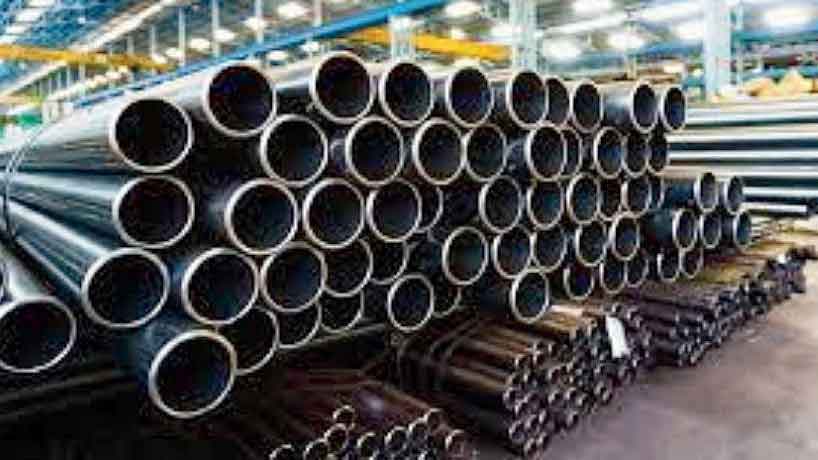 The disruption in steel supplies on account of the Ukraine war has opened up markets for Indian steel makers.

“The Indian steel industry has a big opportunity for exports not just to Europe but also to West Asia and North Africa. Our company’s exports there are now around 10 per cent of our total exports. We can now increase it to 20 per cent,” V.R. Sharma, managing director, Jindal Steel and Power (JSPL), told The Telegraph.

Russia and Ukraine export around 29 million tonnes (mt) of steel per annum each — which have now stopped completely because of the war. Sources said it would take at least six to eight months for the situation to normalise, even if the war stops now.

The global steel trade stood at 237mt in 2020, with Russian exports around 29mt including 9mt to Europe.

“We expect a steel shortage in Europe to emerge following the sanctions on Russia that should result in the escalation of prices until alternative sourcing is arranged. This will take time given the quota system on steel imports in Europe,” Motilal Oswal said in a research report. ArcelorMittal has already raised prices by 180 euros per tonnes.

“We also expect demand for semi-finished steel to improve sharply in the near term that will push export prices for both billets and slabs, and ultimately impact domestic steel prices positively,” the brokerage said.

Prices have already increased and are expected to go up further with the crisis deepening between the two countries.

Sharma said the conflict has resulted in higher input cost forcing them to raise prices. “Input costs have gone up and these are to be passed on, maybe in 2-3 tranches. We have already increased prices, with effect from March 1, by Rs 2,000-2,500 per tonne. We are expecting another Rs 2,000 per tonne hike in the coming days.”

Other domestic steel makers have raised the prices of hot-rolled coil (HRC) and TMT bars by up to Rs 5,000 per tonne.

After the price revision, a tonne of HRC would cost about Rs 66,000, while buyers would get TMT bars for about Rs 65,000 per tonne.

JSPL was forced to switch supplies of coking coal to Australia from Russia because of the war. “The firm depended on 40 per cent from Russia, but has shifted its coking coal buying to 100 per cent imports from Australia. However, they have increased the prices by about $45 per tonne in the past few days which has increased the input costs,” he said.

He said a heavy reliance on Russian coal imports in the current tight market means a prolonged cut-off would bring damage to both Russia and the importing countries.