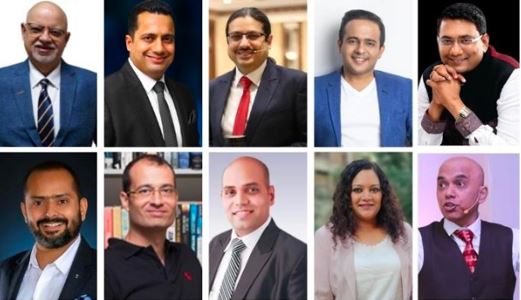 A business coach is a professional mentor who aids both new and established firms construct a road map from their starting point to their destination. The business coach aids organisations in attaining their long-term goals by giving expertise and advice that will assist entrepreneurs in running their businesses and in remaining competitive.

Your professional life is sorted with one right mentor. With a​ plethora of advisors, mentors, consultants and coaches for the business advisory. Understand how many do actually contribute in the real sense to your professional journey. This becomes a vital point to ponder upon. Here we bring to you, India’s best 10 business coaches who give the right vision and direction to a business. Further have shown consistent results over several years too! The list goes below:

Dr. Suresh Mansharamani is a serial entrepreneur and the only well-known experienced Global OKR (Objective Key Results) coach and mentors to many Indian entrepreneurs. He has  real life business experience of 42 plus years. His company got listed at Bombay Stock Exchange and the IPO was oversubscribed 300 times. He has travelled over 50 countries and have helped hundreds of organizations to grow exponentially in a very short period of time.

He is a TEDx speaker and the author of several best-selling books. Dr. Mansharamani, a Presidential Awardee, is a Tajurba investor and founder. He is on a mission to develop other entrepreneurs like him who, through their passion, can move their enterprises ahead and excel with their unique view of the world that others frequently overlook.

Dr Vivek Bindra, CEO and Founder of Bada Business, is a motivational speaker, leadership consultant, corporate trainer, and inspiring business coach who has set seven Guinness World Records for the most extensive webinars on a range of topics. For his accomplishments as a monk-turned-entrepreneur, he was conferred an Honorary PhD, Doctor of Philosophy. He serves as a valuable advisor to around 1,500 firms and has mentored over 100 of the country's top CEOs.

Rahul Jain, the Founder and Director of Business Coaching India LLP, is credited with introducing the concept of business coaching to India 16 years ago. A professional (Engineering and MBA) with over 25 years of hands-on experience, first with blue-chip companies such as TATAMOTORS and then as a serial entrepreneur. Over the previous 16 years, he has coached over 17,000 business owners.

Rajiv Talreja is the creator of Quantum Leap, a corporate training agency and India's leading business transformation coach. Between 2006 and 2014, he worked with 110 business clients. Over the last decade, he has influenced the lives of over 500,000 people through his training programmes while simultaneously building an exclusive network of over 1000 businesses through one-on-one coaching.

Ujjwal Patni is a famous business coach and motivational speaker in India. He held three Guinness World Records and was included in MTC Global's list of the "Top 10 Indian Thinkers - 2014." His seven books have been translated into fourteen different languages and are available in twenty-eight other countries. Dr Ujjwal Patni has over 5 million followers on various digital platforms, including the Ujjwal Patni smartphone app.

Saurabh Kaushik is a humanitarian and India's leading business coach, known for his one-on-one business coaching with industry leaders and celebrity entrepreneurs. Over the last 13 years, his work has been accepted by top Fortune 500 executives, important business institutions, associations, business owners, and thousands of entrepreneurs around the country. He is well-known for supporting organisations in turnaround and organically providing massive business growth (over 1000 per cent year on year) to his premium one-on-one coaching clients.

"A Master Strategist and Business Coach," Snehal Kamble, is the driving force behind the SnehalNiti brand's exponential development and popularity. In Mumbai, Pune, Kolhapur, and other places, he offers in-depth business training programmes, workshops, and seminars, engaging, dynamic, and participative to inspire thousands of people each month to become self-sufficient entrepreneurs.

Vandana Shah is a Professional Certified Coach (PCC) with the International Coach Federation (ICF). Vandana is a skilled and well-known corporate coach. She is a spirit who aids in the removal of negativity and the establishment of a positive life. She has over 3000 hours of rigorous coaching expertise as an executive coach.

S. A. Anand is a well-known motivational and public speaker from India. In less than two years, he has garnered ten honours. He has trained individuals from IIT, L&T, GGS (MNC), BOT VFX (MNC), and a variety of other world-class organisations. He has worked with various people, including models, actors, VIPs, VVIPs, CEOs, Advocates, Professionals, Students, Educators, and Doctors.