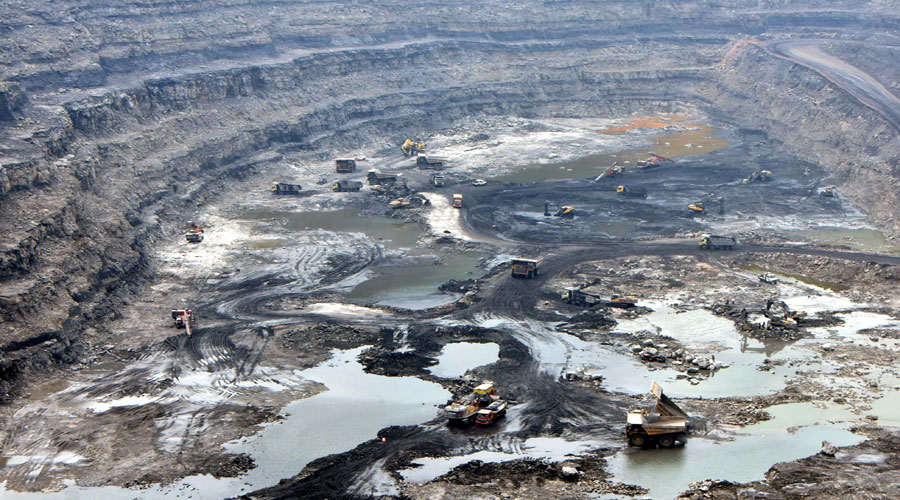 CIL said that despite the strike, it had managed 44% of coal output compared with the average of 10 days immediately before the strike began.
Shutterstock
A Staff Reporter   |   Calcutta   |   Published 08.07.20, 04:02 AM

Output at Coal India fell more than 50 per cent during the three-day strike from July 2 to July 4, based on data released by the PSU.

The public sector miner in a statement said that despite the strike, it had managed 44 per cent of coal output compared with the average of 10 days immediately before the strike began. It has produced a total of 1.72 million tonnes (mt) of coal and has supplied 1.6mt to its customers in the three days of the strike.

The strike was called by the five central trade unions protesting the government’s decision of allowing commercial coal mining. The government last month had launched the auction process of 41 coal blocks for commercial mining.

Overburden removal and coal composite — the combined volume of coal produced and topsoil excavated — averaged at 4.73 mt per day during the strike period.

“Though the operations were subdued to a certain degree, the performance of the company was better than what was anticipated during the strike period,” said an executive of Coal India.

The attendance of employees progressively increased from the first day of the strike over the three-day period, averaging close to 36 per cent. Officials explained that with a little over a third of the attendance, the miner could still produce 58 per cent of the overburden removal and coal composite combined.

Coal minister Pralhad Joshi had earlier estimated the revenue loss from the strike at Rs 319 crore and had urged the employees to end the strike and resume work.

Incidentally, the Coal India management said that the company has no worries on account of commercial mining and there is no proposal to give away blocks allotted to Coal India for that purpose.

Coal India has 447 coal blocks, mostly explored, under its disposal. In addition to these, 16 more blocks were allocated to the company – 10 under the Coal Mines (Special Provision) Act and six under the Mines and Minerals (Development and Regulation) Act — making CIL the largest holder of coal resource in the country.

The combined capacity of these 463 blocks is close to 170 billion tonnes.