TS is the principal holding company of the $110-billion Tata group. Close to 66 per cent of its equity is held by Tata Trusts headed by Ratan Tata 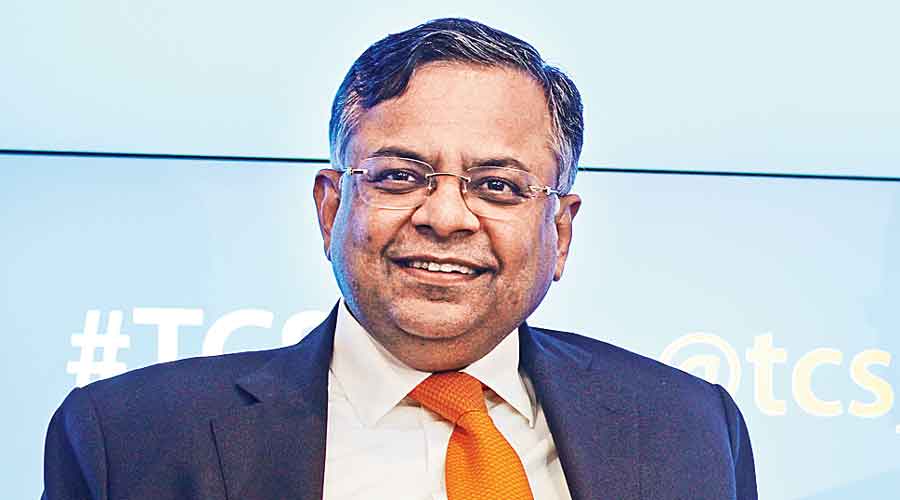 The board of Tata Sons on Friday re-appointed Natarajan Chandrasekaran as its executive chairman for another five years.

Tata Sons is the principal holding company of the $110-billion Tata group. Close to 66 per cent of its equity is held by Tata Trusts headed by Ratan Tata.

It was Ratan Tata — a special invitee to the board meeting — who recommended Chandrasekaran’s re-appointment for another five years as the head of Tata Sons.
Tata said he was satisfied with the progress and performance of the group under Chandrasekaran’s leadership.

A statement from Tata Sons said the board members commended the performance of Chandrasekaran and unanimously approved his reappointment as the executive chairman.

Chandrasekaran, popularly called Chandra in media and industry circles, had donned the mantle at the diversified group — with interests ranging from salt to information technology — after a bitter boardroom battle that saw the removal of Cyrus Mistry as the chairman of Tata Sons.

Chandrasekaran had joined the Tata Sons board in October 2016 and was appointed as the chairman in January 2017.

Prior to Tata Sons, he had spent 30 years at Tata Consultancy Services (TCS) where he joined as an intern and rose through its ranks to become the chief executive officer and managing director.
His first five years were marked by some mega merger and acquisition deals.

The group in May 2021 announced the purchase of online grocer BigBasket, pitching it against giants such as Amazon, Flipkart and Reliance Retail.

Soon after this deal, Tata Digital, a wholly owned arm of Tata Sons, acquired a majority stake in 1mg, the online healthcare marketplace.

There was another proud moment only recently: Talace Pvt, promoted by Tata Sons, entered the cockpit of Air India.

Chandrasekaran has also not shied away from taking decisions such as the sale of consumer mobile business of Tata Teleservices to Airtel in 2017.

In aviation, his job is cut out as the Tatas will not only have to revive Air India but also ensure the erstwhile national carrier complements the other two airlines in their fold — Vistara and AirAsia India.
In digital, all eyes are now on the SuperApp — a pet project of Chandrasekaran — which is a web portal that will market the group’s large array of consumer products and services.
Chandrasekaran also has his hands full in the ESG (environmental, social & governance) segment.

The group is expected to announce plans on reducing carbon emissions across various businesses and also focus on renewable energy.

Latest reports indicate Tata Power is in talks with overseas investors to raise funds for its renewable energy business, ahead of the IPO of the unit. Tata Motors is also expected to announce ambitious electric vehicle plans in the coming months.

In a recent message to the group employees, Chandrasekaran had said digital, new energy, supply chain resilience and health will be the key themes of the Tata group’s future growth strategy.