Steel looks to bounce back from vagaries of past year

Seshagiri Rao, joint managing director of JSW Steel and group CFO, talks about the year that went by and what to look forward to 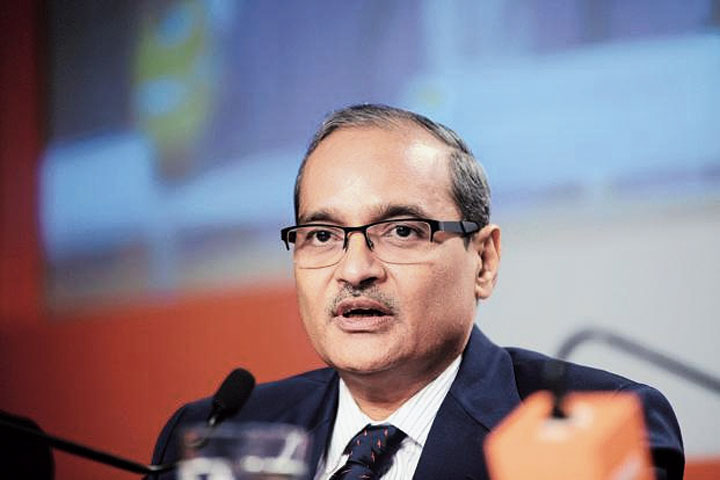 Year 2019 was a roller-coaster ride for steel makers. While steel demand went through a rapid phase of crest and trough, the marketplace also witnessed consolidation with Essar Steel and Usha Martin Steel finding new owners. Sambit Saha of The Telegraph speaks to Seshagiri Rao, joint managing director of JSW Steel and group CFO, about the year that went by and what to look forward to.

Year 2019 had started off well but demand collapsed after the general elections. I hear the year ended on a slightly positive note. Your take.

I think you summarised it well. It started well but a mix of local and global issues cropped up, leading to quite a steep slowdown in steel demand. After September, there was some improvement in volume and prices. Again, reasons are both local and global.

There was some comforting news about the trade war. Also, there were supply-side adjustments that happened very fast since July. These two together stabilised the prices in the global market.

In India, measures taken from September — the government of India’s expenditure coming back and increasing liquidity — improved cash flow in the market. That changed the sentiment. The third quarter saw some improvement in the overall demand.

There will be a moderate revival in demand. There is a definite revival in 60 per cent of the market — infrastructure, construction, real estate (affordable, commercial, logistic warehousing).

But the balance 40 per cent in the automotive, capital goods, machinery and packaging segments may take some time to come back.

Credit flow to the industry is likely to improve too. If this happens, there will be a revival in demand.

Where do you see steel consumption?

In January-March 2019, consumption growth was at 8.1 per cent. But from the first quarter of 2019-20, demand started dropping. It was 6.6 per cent in the first quarter and 2.4 per cent in the second quarter. In the third quarter, our expectation is 1 per cent. Only comfort in the third quarter was that though demand was negative in September, it turned positive thereafter.

Overall steel demand till November was 3.56 per cent. Including December, it will be in that vicinity. Assuming a robust demand in the last quarter, it will not be significantly higher than 4 per cent, which is half of the previous fiscal. In the last fiscal, India consumed 98.6 million tonnes (mt). It will be around 102mt this fiscal.

Our expectation for FY21 is that it would be in the range of 5 per cent.

What is likely to boost demand?

Infrastructure, construction, real estate should do reasonably well. The momentum seen from October should pick up. But the rest may take time. Not just India, the manufacturing supply chain globally is completely disrupted. There is a manufacturing slowdown overall. So, capital goods and machinery will take time. In auto, there is some traction in passenger vehicles, but not in the commercial vehicle segment.

Will the impending trade deal between China and US move the needle?

It won’t revive so quickly. Two reasons: the sentiment is quite negative because of how things unfolded since March 2018. Anybody who wants to continue with the same business model earlier will think twice.

Even after an agreement is signed, demand will take time to pick up. If you look at the narrative of the experts when the trade measures were first announced by the US, the total trade that happened between China and US is $750 billion, which will hardly have any impact on the global trade of $90 trillion. But see the kind of turbulence it created in the marketplace. So, it is a very integrated supply chain that got disrupted. I don’t think it will come back so quickly.

How will the margin picture play out?

There is a clear difference from the past in this steel cycle. US and EU prices used to be higher by $200 and $100 a tonne, respectively, compared with China. But this time, US prices are equal or lower than China. The same with the EU.

From January-October, the operating profit of Chinese steel companies dropped 34.1 per cent. If I now look at the operating profit (before interest), the EBIT number was shown as $22.5 billion. In 2018, the Chinese industry sold 828mt steel. This year, there is a growth of 7-8 per cent, which means around 890mt. So, in the first 10 months, for 730mt steel they sold, companies made $22 billion. This works out to $25-30mt per tonne. So, companies were under tremendous pressure as they had to pay interest, return on equity or loan repayment. The reason is iron ore prices did not correct in line with steel prices.

In the Indian market, production growth is happening but demand is weak. The price drop was much steeper in the domestic market than international. Prices dropped 24 per cent and remained at a discount to the international market, leading to a surge in exports. In line with that, our EBIDTA number came down to Rs 6,500 per tonne in September. But our inventory was high at 1.3mt compared with an average of 0.9mt.

The second half should be better because prices went up and volumes were better. But I will have only one qualification — the high-cost inventory of September has to be absorbed. So, the actual reduction of cost may not be reflected in the third quarter. We will see that in the next quarter.

Update us on the expansion at Dolvi

It is expected to be commissioned in 2020. It will be flat products. Along with increasing hot-rolled coil by 5mt, we are expanding downstream by 4mt. They have application in roofing, solar, appliances and tinplate. It is going to be value-added products. In the downstream side, 50 per cent of the capacity will be exported. That is the advantage we have this year.