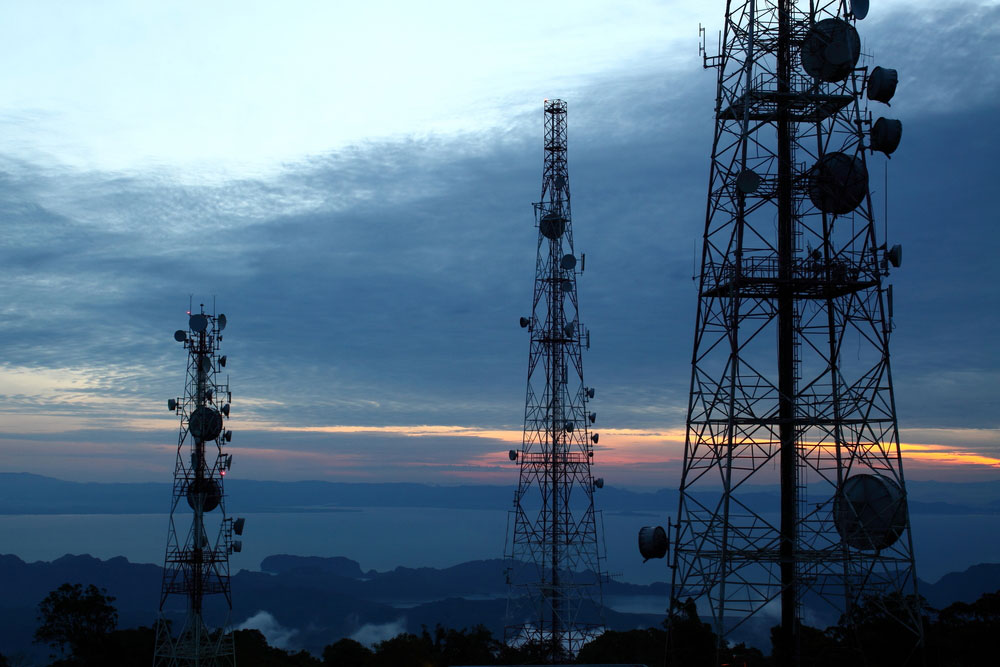 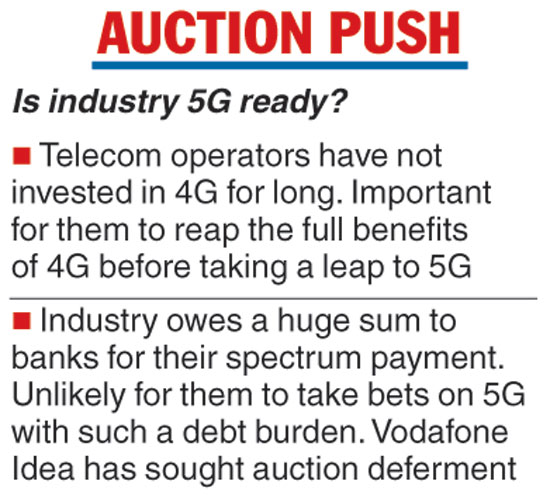 However, 5G is expected to far outstrip the performance of 4G as it promises data speeds of up to 100 gigabits per second, which means 5G internet speeds will be 1,000 times faster than 4G.

Analysts said operators have not even fully realised all the benefits of 4G, making 5G, a technology for a later time.

Sudipto Bose, an analyst, said: “We have not fully rolled out or optimised our 4G network. Without 4G, you can’t build on the infrastructure needed for 5G. Also one has to ask whether we need 5G so quickly?”

The other problem is funds. Analysts fear a large portion of the industry’s Rs 2.63 lakh crore of loans to banks may well turn sour given their existing spectrum payment obligations and the tariff wars in the industry that have hit their bottomlines.

Added to this direct loan, bankers have extended another Rs 1.8 lakh crore to firms, which work with the operators.

Bankers say the ability of the operators to service the loans is eroding quickly given their rising costs and falling price per call.

The government has lined up 5G spectrum auction in another nine months with rollouts in 2020, but a cash-strapped industry is not prepared for the new technology even as it concentrates on 4G. Vodafone Idea, among others, has urged the telecom department not to hold the auction till 2020.

“Trai has given a preliminary set of recommendations, which the working committee at the department of telecommunications is looking at.

“The task force has also given a broader set of (spectrum) bands on which we have to work. Everybody has said that since the ecosystem is not ready, 5G will be ready after July-August next year,” telecom secretary Aruna Sundararajan said here on the sidelines of a workshop.

The government wants to hold 5G auctions as soon as possible as it sees it as a money-spinner. However, most telecom companies are stretched financially because of an ongoing tariff war ever since Reliance Jio entered the market.