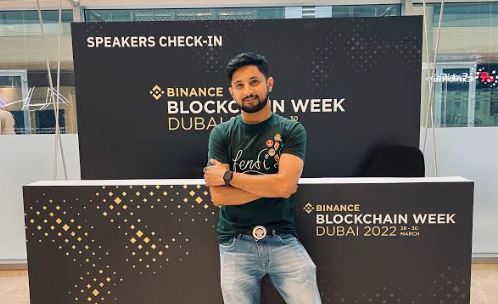 One wouldn’t have ever imagined that digital technology would, one day, come to the rescue of the Earth’s environment. But that is exactly what is happening with blockchain. This digitally propagated, decentralized ledger, isn’t good just for financial transactions but also for generating better methods to monitor and accelerate action against climate change and bio-conservation.

Experts say that blockchain could be the key to innovation regarding energy generation and preserving the ecology. In this regard, a report has also been presented by the United Nations Environment Programme (UNEP) and the Social Alpha Foundation (SAF), titled “Blockchain for Sustainable Energy and Climate in the Global South: Use Cases and Opportunities.” It explores the role of technology in helping the world move closer to clean energy and curbing the impact of climate change, especially in case of developing countries. This report comes at a time when the UN Secretary-General Antonio Guterres has already made a ‘catastrophic’ announcement regarding climate change. On June 14th, he said, “The window to prevent the worst impacts of the climate crisis is closing fast. The planet has already warmed by 1.2 degrees Celsius.” He has further said that by the end of this century, the planet is set to face global temperature rise by at least 2.7 degrees Celsius. Therefore, the time to act is NOW.

Renowned environmentalist and socio-entrepreneur Zeeshan Khan has already spoken about this at the World Economic Forum Week in Davos, as part of the Goal 17 Partners Lounge. Sharing his thoughts on the topic, he said, “Blockchain technology has the calibre to move towards sustainability, help companies improve their efficiency and let investors make sound decisions.” Highlighting the paradigm shift in technology, Zeeshan also pointed out, “While blockchain-based technology looks promising, the other technologies like AI, IoT and drones will also contribute immensely to creating a sustainable environment. Therefore, it is imperative that blockchain technology must intervene and lead the change in the world’s attitude towards climate change.”

This technology, despite minor bumps like the recent crypto crisis, is growing at lightning speed and every sector of business operations is amplifying its dependence upon blockchain on a day-to-day basis. However, the world still needs to get ready about it.

Going back to the UNEP-SAF report, it is suggested that in order to combat the high cost of energy in many developing as well as developed countries, which might prove a barrier in optimum use of blockchain technology – global regulatory frameworks are required for an even distribution of energy tariffs across different countries. This would encourage consumers to participate in surplus energy trading through blockchain platforms and ensure that everyone is on board with the changing scenario.