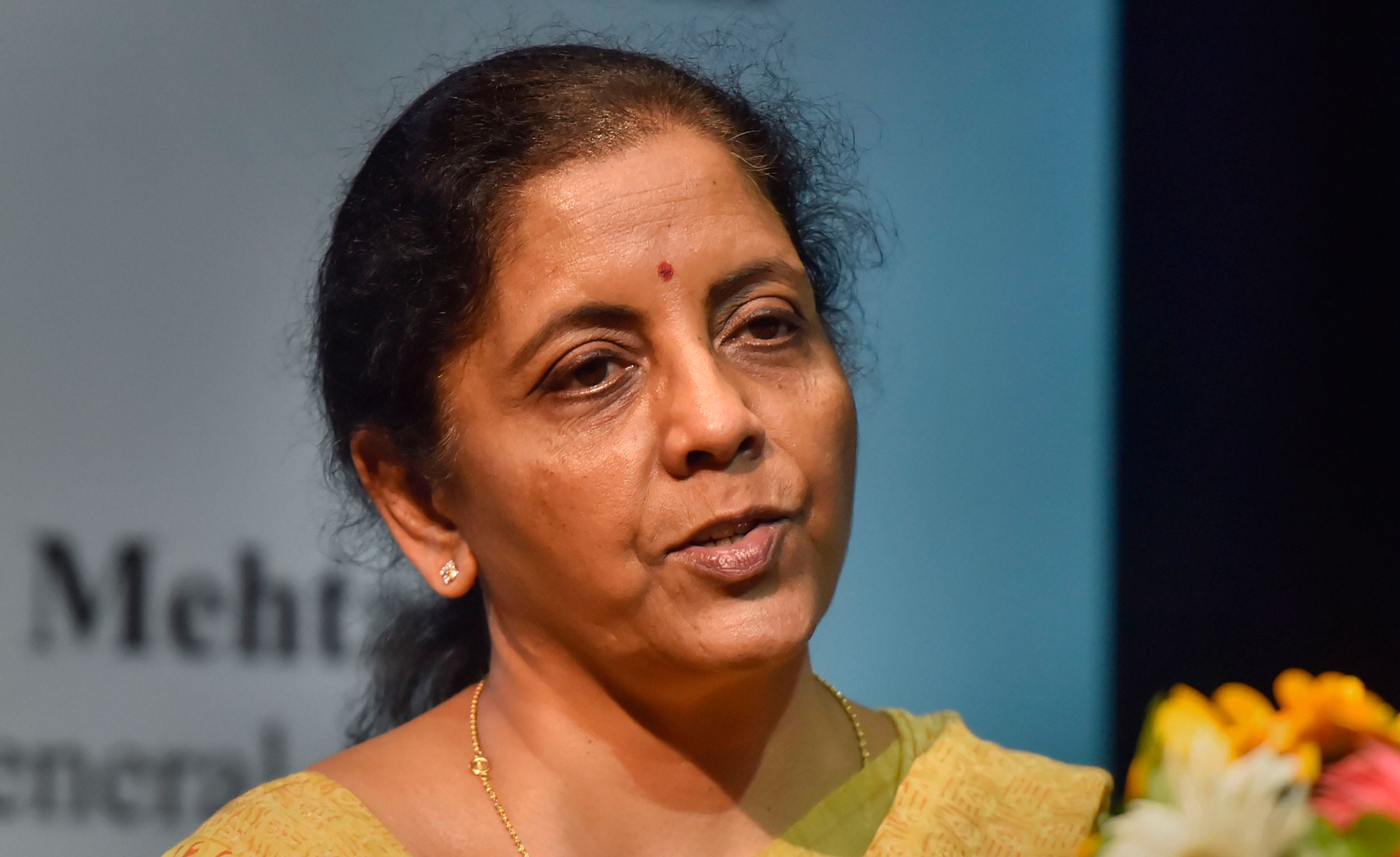 The finance minister said the government was not rushing to account for the money it will receive from telecom operators after the Supreme Court ruling.
(PTI)
Our Special Correspondent   |   New Delhi   |   Published 15.11.19, 08:30 PM

Days after Vodafone CEO Nick Read said the company’s future in India could be in doubt unless the Indian government stopped hitting operators with higher taxes and charges, finance minister Nirmala Sitharaman tried to reassure debt-laden telecom firms that the Centre did not want any company to shut their operations in the country.

On Friday, Sitharaman said the government was considering the request for financial relief from operators, including Vodafone Idea and Bharti Airtel, following the Supreme Court order to pay Rs 1.45 lakh crore for their past statutory dues.

“We want no company to shut their operations. We want everyone to flourish. The Committee of Secretaries (CoS), appointed to deal with financial problems being faced by telecom companies, has not taken a final decision yet,” Sitharaman said.

The minister said the government was not rushing to account for the money it will receive from telecom operators after the Supreme Court ruling.

Rs 74,000 crore in order to account for the statutory dues to be paid within three months.

In a post-earnings investor call, Vodafone Idea CEO Ravinder Takkar on Friday said they were optimistic of some relief coming from the government.

Takkar said he had several discussions with the Centre on various issues in the past and that the government recognises the stress in the sector.

The company is also in the process of filing a review petition.

“Separately, we are also exploring the opportunity to monetise our data centres. We believe this will provide us financial flexibility,” Takkar said.

On a specific question on minimum tariff fixation, Takkar said: “We know it is in the purview of the regulator and government and it can be implemented... We know it has been done in certain other countries in the region, but I don't want to speculate.”