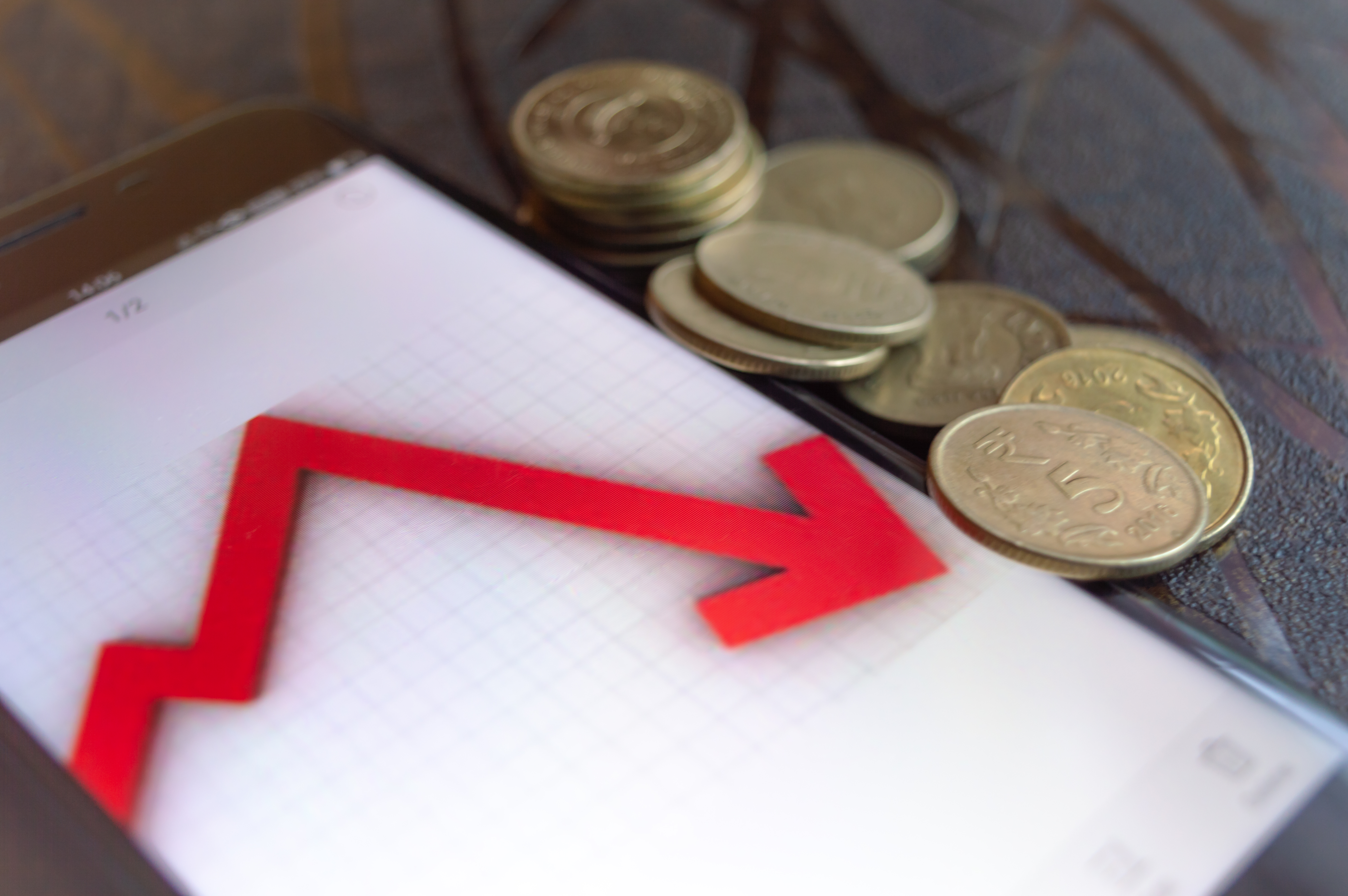 Public sector bank stocks, led by Corporation Bank and Punjab National Bank, tumbled up to 9.3 per cent (intra-day) after the government, on Friday, announced the merger of 10 state-run lenders into four.
iStock
The Telegraph And PTI   |   Mumbai   |   Published 03.09.19, 10:59 AM

The sensex nosedived 769.88 points to end at 36,562.91 and the Nifty tanked 225.35 points to 10,797.90 today after heavy selloff in banking, energy and auto stocks as a slew of macroeconomic data releases suggested a worsening economic slowdown.

On the other hand, IT stocks rallied as the rupee depreciated 85 paise against its previous close to trade at 72.27 in afternoon session.

TechM, HCL Tech, TCS and Infosys jumped up to 2 per cent.

Public sector bank stocks, led by Corporation Bank and Punjab National Bank, tumbled up to 9.3 per cent (intra-day) after the government, on Friday, announced the merger of 10 state-run lenders into four.

The merger will be painful as a result of the geographic and cultural diversity of the merging entities, according to Emkay Global.

According to traders, despite several efforts by the government to boost the economy, market sentiment took a hit on account of weak macroeconomic data releases and double-digit decline in auto sales in August as the sector continued to reel under one of the worst slowdowns in its history.

Official data released after market hours on Friday showed that India's GDP growth slipped to an over six-year low of 5 per cent in the June quarter of 2019-20, hit by a sharp deceleration in manufacturing output and subdued farm sector activity.

Growth of eight core industries also dropped to 2.1 per cent in July, mainly due to contraction in coal, crude oil and natural gas production, according to a government data released on Monday.

'GDP growth slowing down to 5 per cent is indeed worrying,' said Deepthi Mathews, economist at Geojit Financial Services, adding that the number showed that the economy has still not entered a recovery path.

Elsewhere in Asia, bourses in Shanghai, Hong Kong, Korea and Japan ended on a weak note after the US and China on Sunday put in place their latest tariff increases on each other's goods.

Exchanges in Europe were also trading in the red in their respective early sessions.