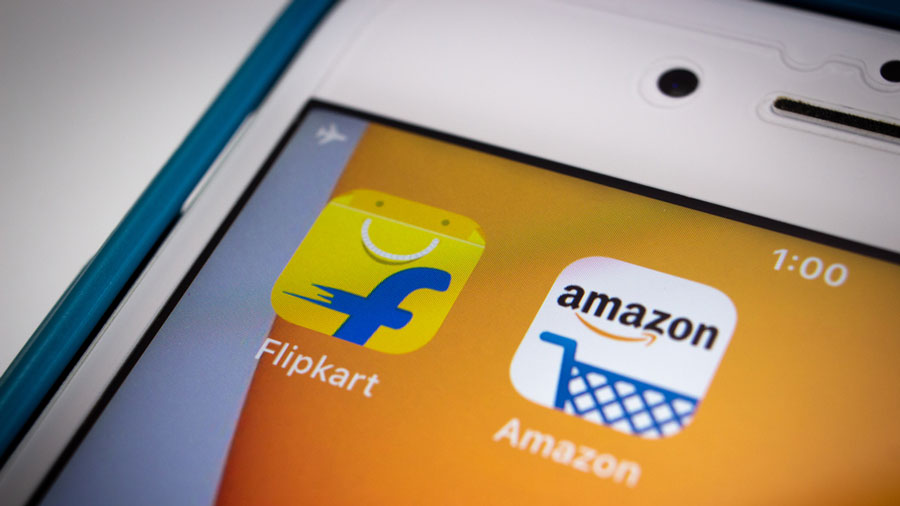 The Supreme Court on Monday directed e-commerce giants Amazon and Flipkart to voluntarily subject themselves to a probe by the Competition Commission of India (CCI) for alleged predatory business practice at the cost of offline dealers.

“We expect big organisations such as Amazon, Flipkart to voluntarily go for enquiry and you don’t want even that? We will ensure you do that,” Chief Justice of India N.V.Ramana said.

The bench comprising the Chief Justice and Justices Vineet Saran and Surya Kant dismissed the plea of the two companies against a June 23 Karnataka high court order asking them to face the probe.

Amazon and Flipkart in separate statements said they were in compliance with all the rules and will extend full co-operation to the probe.

Hours after the judgment, Amazon and N.R. Narayana Murthy’s Catamaran said they would not continue their joint venture — Prione Business Services — beyond May 2022. The JV has enabled over three lakh sellers and entrepreneurs to go online, and helped 4 million merchants with digital payment capabilities, the two companies said.

“The two partners today announced they have mutually decided to not continue their joint venture beyond the end of its current term,” a joint statement said on Monday.

The CCI in January had started a probe against the two e-commerce giants for alleged predatory sales and discount policies on a complaint filed by Delhi Vyapar Mahasangh.

Senior advocates Gopal Subramanium and Abhishekh Manu Singhvi appearing for Amazon and Flipkart said there was neither any anti-competitive agreements nor any adverse effect of such competition warranting a CCI probe.

The high court had earlier said Section 18 of the the Competition Act casts an obligation on the CCI to “eliminate” anti-competitive practices and promote competition, interests of the consumers and free trade.

The apex court while refusing to interfere with the high court order gave the companies four weeks to file their response to the CCI inquiry and face the probe.

When contacted, an Amazon spokesperson said: “Amazon has a high bar on compliance and we comply with all applicable laws. We will extend full cooperation to the CCI investigation.”

A Flipkart spokesperson said while the company has not received the order yet, it respects the decision of the Supreme Court. “We are in compliance with the applicable Indian laws and will cooperate with the investigation,” the spokesperson added.