Government owns 29.54 per cent of the shares in the company, while Vedanta Group has 64.92 per cent 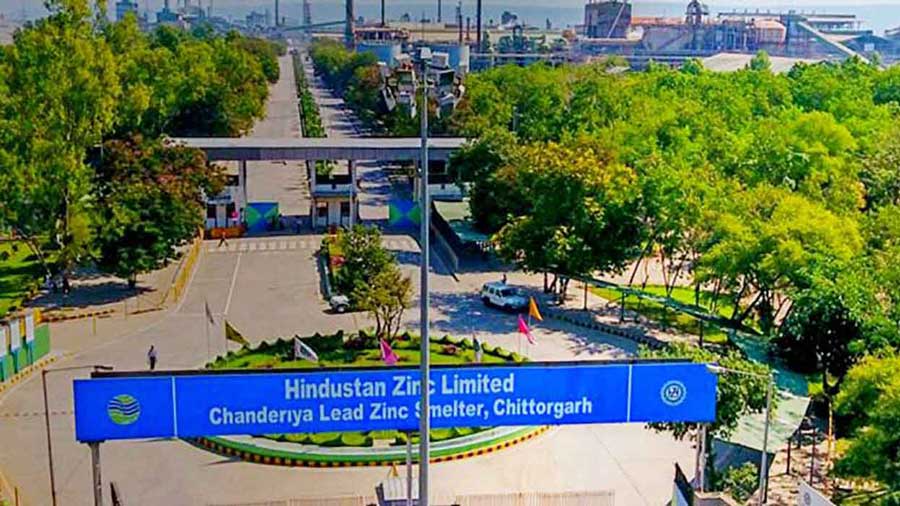 Cabinet Committee on Economic Affairs (CCEA) on Wednesday cleared the sale, which could fetch around Rs 38,000 crore to the exchequer
File Photo
Our Special Correspondent   |   New Delhi   |   Published 26.05.22, 03:27 AM

The Centre will sell its entire residual stake in Hindustan Zinc as the Modi-government looks to shore up its revenues after the recent fuel duty sop cut a gash through its books. The Cabinet Committee on Economic Affairs (CCEA) on Wednesday cleared the sale, which could fetch around Rs 38,000 crore to the exchequer, sources said.

“Now the process will be taken forward according to rules and regulations,” sources said.

The government owns 29.54 per cent of the shares in the company, while Vedanta Group has 64.92 per cent.

The decision followed a Supreme Court ruling on November 18, which allowed the Centre to disinvest its residual stake in HZL in the open market. The apex court allowed the sale as HZL ceased to remain a government company since the sale of its majority stake in 2002.

Vedanta chairman Anil Agarwal recently said the company can buy just 5 per cent additional stakes in the HZL considering the price of the shares on offer. With the privatisation of BPCL on the back burner, the sale of the HZL stake offers the government earn a substantial sum in revenues and stitch up its books.

Besides HZL, the privatisation of IDBI Bank and Container Corporation in this fiscal tops the agenda.

The government is scrounging for additional revenues as the extra expenditure over the budget estimate is seen about Rs 2 lakh crore on account of higher subsidies on fertiliser, free grain scheme and LPG subsidy for Ujjwala beneficiaries in FY23.

The excise duty cuts on fuel would also result in a revenue loss of about Rs 85,000-90,000 crore during the little over 10 months left in the current fiscal.

Besides extra borrowings, finance ministry officials are banking on additional tax revenues to cover the bulk of the extra expenditure and also partly by raising more resources via the government disinvestment programme in FY23.

Officials said divestment could exceed the target of Rs 65,000 by Rs 20,500 cr by taking into account the proceeds of the LIC selloff.

The government is on course with the privatisation of two public sector banks (PSBs) and will take appropriate steps in the coming months, PTI said quoting sources.

In the Union Budget for 2021-22, the government announced its intent to take up the privatisation of two PSBs in the year and approved a policy of strategic disinvestment of public sector enterprises.

The government think-tank Niti Aayog has already suggested two banks and one insurance company to the Core Group of Secretaries on Disinvestment for privatisation. According to sources, Central Bank of India and Indian Overseas Bank are likely candidates for privatisation.

On the strategic sale of Container Corporation of India (Concor), sources said, there are some issues and the process would be undertaken after those are resolved.

The Cabinet, in November 2019, had approved the strategic sale of a 30.8 per cent stake, along with management control, in Concor out of the government’s 54.80 per cent.

The government will retain 24 per cent stake post-sell-off but without any veto powers.

The government is not planning any additional borrowing and will stick to the borrowing target fixed for the current fiscal year despite sacrificing revenue on account of reduction in duties on petroleum products and other goods, the official sources said on Wednesday.