For us lending to the telecom sector for spectrum is completely unsecured: Rajnish Kumar 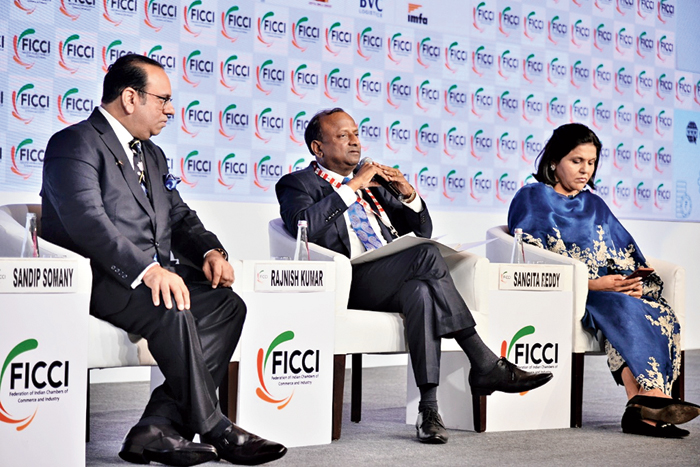 Debt-laden telecom firms hoping to secure loans from banks to bid for the spectrum auction may find it tough as SBI chairman Rajnish Kumar said banks would have to tread carefully as “probability of default is very high”.

“For us lending to the telecom sector for spectrum is completely unsecured. On paper it is secured as the auction is to be done by the government but practically it is totally unsecured,” Kumar said at the 92nd Annual Convention of Ficci here.

“So in such circumstances, banks will have to evaluate carefully before lending to the sector as the probability of default is very high,” Kumar said.

His comments came a day after the government announced plans for spectrum auction, including 5G, in March-April next year.

The government plans to auction 8,305 megahertz and the reserve price is about Rs 5,22,850 crore. This is the base price for auction and as the bidding takes place this would increase.

“With spectrum reserve prices 4 to 6 times higher than that of similar spectrum sold recently in several countries, coupled with high levels of debt and prevailing financial stress in the sector, telecom service providers will find it very difficult to raise funds to participate in the auctions,” Rajan S. Mathew, director-general of COAI, said.

The sector is reeling under Rs 7 lakh crore debt and would have to cough up an additional Rs 1.4 lakh crore following the Supreme Court ruling upholding the DoT definition of revenue.

The SBI chairman also said most banks will be in a good position with respect to stressed assets by March and there is no dearth of liquidity in the system for lending.

Kumar stated that there is no shortage of capital in the system, but the corporate houses are not borrowing enough and not using their capacities well.

“Today there is no problem of liquidity or availability of the funds with the banking system. Currently three sectors, solar, city gas projects and roads are seeing demand for credit,” Kumar said, adding the banking system is now more cautious than it used to be.

On transmission of monetary policy, he said the banks cannot lower rates beyond a threshold because of asset liability mismatch issues.