Strange as it may seem, a government which has been promising not to bring in retrospective tax legislations, has in its just passed Finance Bill for 2018 managed to breathe new life into a law it had scrapped some eight years ago: the Foreign Contribution Regulation Act 1976. 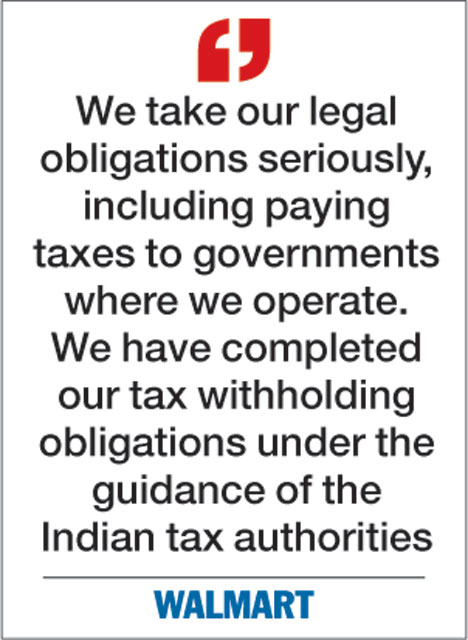 New Delhi: Strange as it may seem, a government which has been promising not to bring in retrospective tax legislations, has in its just passed Finance Bill for 2018 managed to breathe new life into a law it had scrapped some eight years ago: the Foreign Contribution Regulation Act 1976.

With the Lok Sabha passing the law without any debate, the legislators lost the opportunity to ask why a long dead act was being brought back to life. Somewhere in the minutiae of the Finance Bill 2018 is hidden a paragraph which states: "It is proposed to bring the said amendment with effect from the 5th August, 1976 the date of commencement of the Foreign Contribution (Regulation) Act, 1976, which was repealed and re-enacted as the Foreign Contribution (Regulation) Act, 2010."

The Foreign Contribution Regulation Act (1976), which was enacted 42 years back, banned political parties from accepting donations from foreign firms, including Indian subsidiaries of foreign firms, unless prior permission had been taken for such donations.

Officials say the amendment had to be brought to give relief to the country's two largest political parties from a legal tangle they had managed to walk into. A judgment by the Delhi high court in 2014 held that both the Bharatiya Janata Party and the Congress were guilty of receiving donations to their party funds from the Indian subsidiaries of a "foreign" company, in contravention of the FCRA Act.

The two subsidiaries were Sterlite Industries India and Sesa Goa, companies registered in India whose controlling shareholder was London-listed Vedanta. Interestingly, the FCRA 1976 law deemed Indian companies as "foreign" if overseas residents held more than 50 per cent of the shareholding in such firms. As a result, any donation received from such a company was also treated as a foreign contribution. Therein lies the curious tale of why the law had to be amended not once but twice.

With liberalisation which allowed foreign firms to own up to 100 per cent in Indian companies, the FCRA 1976 had become a bit of a relic and its narrow definition of what constituted "foreign" even more so.

However, the old law as well as its successor - the FCRA 2010 - continued to define as "foreign" contribution any donation made by a firm which had more than 50 per cent foreign-owned shareholding.

"The respondents... clearly fall foul of the ban imposed under the Foreign Contribution (Regulation) Act, 1976 as the donations accepted by the political parties from Sterlite and Sesa accrue from Foreign Sources, within the meaning of law," the Delhi high court had ruled in the case which had been filed by advocate Prashant Bhushan on behalf of the Association of Democratic Reforms. The contributions covered the years from 2004 to 2012.

The implication of the judgment, which asked the government to "take action as contemplated by law", was that the two political parties could face action for violating the FCRA 1976 and FCRA 2010 acts.

Two years ago, the Supreme Court struck down the appeals filed by the two political parties against the Delhi high court verdict. That necessitated the first amendment, which was achieved by tweaking the Finance Bill for 2016. However, this change apparently did not cover the years prior to 2010, when the FCRA 1976 was in force. Though FCRA 1976 had been repealed in 2010, when the new FCRA Act came into being, it was the law in force in the decades prior to 2010.

To tide itself over this problem, the government was forced to do something that it promised not to do: it brought in yet another retrospective legislation, this time to amend the repealed piece of legislation, the FCRA 1976!

Legal authorities say this is technically correct as the law was in force in those years. Any move to condone an act that was in contravention of the old law would require an amendment, even though it has been repealed.

Dipak Bhatacharya, advocate and senior partner in Tottenham India Law Associates, said, "The retrospective amendments to FCRA 1976 seem to have been brought clearly to allow political parties to evade any sentencing in this case."

Clause 217 of Finance Bill 2018 amends Section 236 of the Finance Act, 2016 to regularise all donations made by "foreign" firms: "The proviso to the said sub-clause inserted under Finance Act 2016 states that notwithstanding the nominal value of share capital of a company exceeding one-half per cent. at the time of making contribution, such company shall not be deemed to be a foreign source, if the foreign investment is within the limit specified under the Foreign Exchange Management Act, 1999 or the rules or regulations made there under. It is proposed to bring the said amendment with effect from 5th August, 1976, the date of commencement of the Foreign Contribution (Regulation) Act, 1976, which was repealed and re-enacted as the Foreign Contribution (Regulation) Act, 2010."

Bishwajit Bhattacharyya, former additional solicitor general of India, said, "Parliament has every authority to amend laws retrospectively, but the context can be questioned in a court of law. Ultimately courts can strike down such amendments."

Officials said other firms, which were Indian subsidiaries of global giants, had also made donations to political parties and these would have attracted the test of being illegal, if the amendment had not been brought.

"This is more in the nature of an enabling legislation. Retrospective yes, but without really impacting any citizen or condoning any real wrong-doing. It merely seeks to correct an anomaly," said officials.

However, the unintended consequence has been summarised in a tax note by Standard & Norms, a legal resource for charities, which says "it (the changes) will provide an opportunity to all charitable organisations (including those without FC registration) to access corporate grants and CSR funds. Many of the larger corporates of India have more than 50 per cent foreign shareholding and they were compelled to work with FC registration organisations only (till now)".

S. K. Sarkar of SK Sarkar & Associates & chairman of the finance committee of the Indo-American Chamber of Commerce said, "This amendment is a great relief for such companies. All grants and donations given in violation of FCRA will be condoned. There are very many cases of companies who have provided grant to various Indian organisations without FCRA registration or prior permission."

"The amendment provides an opportunity to all charitable organisations, including those without FC registration, to access corporate grants and CSR funds," he added.