Retail automobile sales falls sharply by 28.64 per cent in March 2021

According to FADA, which collected vehicle registration data from 1,277 of the 1,482 regional transport offices, passenger vehicle sales stood at 2,17,879 units 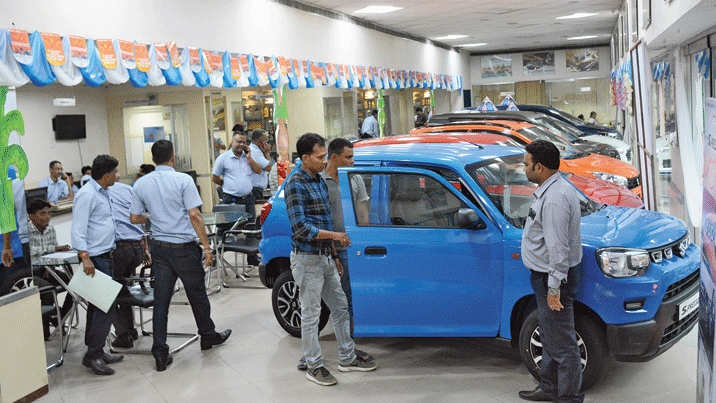 Retail automobile sales, including cars, two-wheelers and other categories, fell sharply by 28.64 per cent in March 2021 compared with the same month last year despite the low base of 2020, according to the registration data released by the Federation of Automobile Dealers Associations (FADA). However, registrations in March grew 10.05 per cent over February.

According to FADA, which collected vehicle registration data from 1,277 of the 1,482 regional transport offices, passenger vehicle sales stood at 2,17,879 units in March 2020. The dealers’ association warned that the lockdown in Maharashtra to contain the spread of Covid-19 will have a “catastrophic impact” on April sales as dealers will not be able to realise the potential of festivals such as Ugadi, Gudi Padwa, Baisakhi and Poila Boishakh.

The vehicle will epitomise manufacturing prowess of the South Korean company and will sport a third generation 2 litre petrol engine and a 1.5 litre diesel engine with six-speed automatic and manual transmission options.

Overall, FADA maintains extreme caution for the month of April as Covid rises to newer highs.

“Covid is not only spreading faster but is also trying to destabilize the growth which India has been able to achieve in the last few months. Any lockdown at this point will severely hamper the momentum which is getting built for the auto Industry to come out of the woods,” FADA said in a release.

Global shortage of wafers which is an input for semiconductor, continued to linger around and kept PV waiting periods as high as 7 month, said FADA. According to FADA Survey, 47 per cent PV dealers said that they lost more than 20 per cent sales due to supply side constraints.

Tractors continued its dream run as rural incomes saw improvements after successive monsoons and good rabi produce. According to experts, India will witness a normal monsoon for the third year in a row. This will further see tractors performing well in FY 21-22.

Financial woes brought by Covid-19 have pushed about 32 million Indians out of the middle class, undoing years of economic gains. This had its impact on 2-wheelers as it saw one of its steepest de-growth in the last few months. This coupled with high fuel prices and price increase acted as double whammy, FADA said, citing a finding from Pew Research.