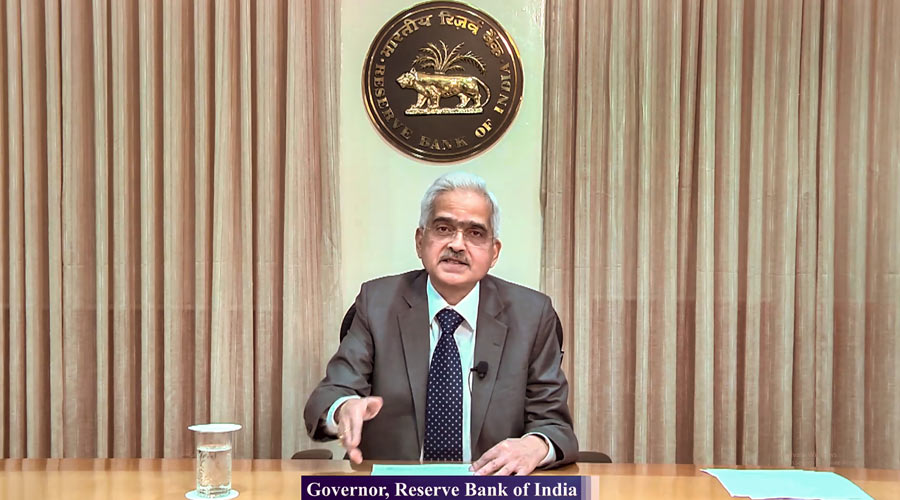 Reserve Bank of India (RBI) on Wednesday upped inflation projection for the current fiscal to 6.7 per cent from 5.7 per cent forecast in April.

RBI raised the interest rate by 50 basis points to a two-year high of 4.9 per cent as it doubled down to tame inflation that has surged in the last couple of months. The rate hike comes on the back of a 40 bps increase effected by RBI at an unscheduled meeting on May 4.

All the six members of the Monetary Policy Committee (MPC), headed by RBI Governor Shaktikanta Das, unanimously voted for the latest rate hike.

The upward revision in inflation projection comes as domestic retail inflation has remained above RBI's comfort level of 6 per cent for four months in a row, mainly due to the Russia-Ukraine war which has impacted the prices of commodities across the globe.

In the bi-monthly monetary policy, Das upped the inflation projection for the ongoing fiscal to 6.7 per cent.

Inflation is expected to come down to 6.2 per cent in December quarter (Q3) and further reduce to 5.8 per cent in March quarter (Q4) of this fiscal.

A rise in price across all items from fuel to vegetables and cooking oil pushed WPI or Wholesale Price Inflation to a record high of 15.08 per cent in April and retail inflation to a near eight-year high of 7.79 per cent.

RBI has the mandate to keep inflation at 4 per cent with a bias of 2 per cent on either side.

Consumer Price Index (CPI) based inflation, which RBI factors in while arriving at its monetary policy, galloped for the seventh straight month to touch an 8-year high of 7.79 per cent in April.

New Delhi: Reserve Bank of India Governor Shaktikanta Das on Wednesday said the central bank will ensure the availability of adequate liquidity to meet the productive requirements of the economy.

"Going ahead, while normalising the pandemic related extraordinary liquidity accommodation over a multi-year time frame, the RBI will ensure availability of adequate liquidity to meet the productive requirements of the economy," Das said while announcing the monetary policy.